The Sanders campaign, which is funded primarily by small-dollar donors, paid Apollo Jets $297,685.50 on Oct. 10, FEC records reveal. The payment was marked for “transportation.” 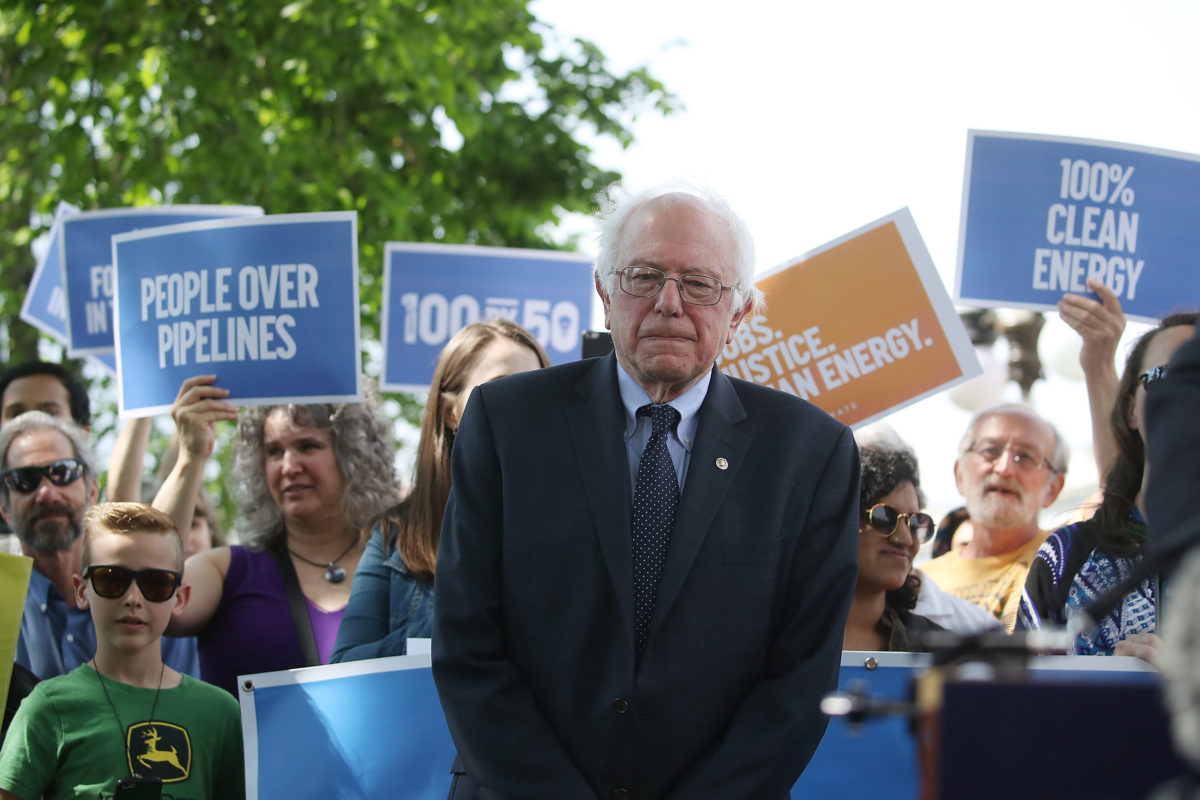 Sen. Bernie Sanders (I-VT) participates in a news conference on climate change, on Capitol Hill April 27, 2017 in Washington, DC. Senators introduce “The 100 by ’50 Act” climate legislation that would completely phase out the use of fossil fuels in the United States by 2050. (Photo by Mark Wilson/Getty Images)

“This expense was for transportation for the senator’s 9-day, 9-state tour to support Democratic candidates up and down the ballot ahead of Election Day,” campaign spokeswoman Arianna Jones told local website VtDigger.com, which first reported on the jet expenses.

“This cost covered the entirety of the tour from Indiana, Michigan, Wisconsin, Iowa, South Carolina, Colorado, Nevada, Arizona, California, and back to Vermont,” Jones said.

Sanders’s private jet use comes despite the senator’s hard-line stance on climate change, which he has consistently called “the single greatest threat facing our planet.”

Climate change is the single greatest threat facing our planet. On Nov 6th, we must show up at the polls from coast to coast and stand with candidates who are willing and ready to accelerate our transition to clean energy, and finally put people before the profits of polluters.

“The campaign purchased carbon offsets from NativeEnergy to support renewable energy projects and invest in carbon reduction projects to balance out the emissions produced on the trip,” Jones told The Daily Caller News Foundation.

The same day his campaign cut a check to the private jet company, Sanders called climate change a “planetary crisis.”

“Climate change is a planetary crisis. Our task is clear. We must take on the fossil fuel industry that’s largely responsible for global emissions and accelerate our transition toward energy efficiency and sustainable energy sources,” Sanders wrote in an Oct. 10 tweet.

Climate change is a planetary crisis. Our task is clear. We must take on the fossil fuel industry that’s largely responsible for global emissions and accelerate our transition toward energy efficiency and sustainable energy sources. https://t.co/661WsIZJYt

Jones said the payment of $4,980 to NativeEnergy will be reflected in the campaign’s Dec. 6 filing, which covers activities after Oct. 17.

Sanders, an independent who caucuses with Democrats in Congress, is widely expected to run for president as a Democrat in 2020.