The review comes after the Friday revelation that an Air National Guard crew stopped overnight at Trump‘s Turnberry resort in Scotland in September 2018 while en route to deliver supplies to Kuwait. The crew refueled the plane at Prestwick Airport in Glasgow and stayed overnight at the resort.

The House Oversight and Government Reform Committee sent a letter to Defense Secretary Patrick Shanahan requesting documents about military spending at Turnberry and Prestwick Airport, where the military has spent about $11 million since October 2017, according to Oversight. 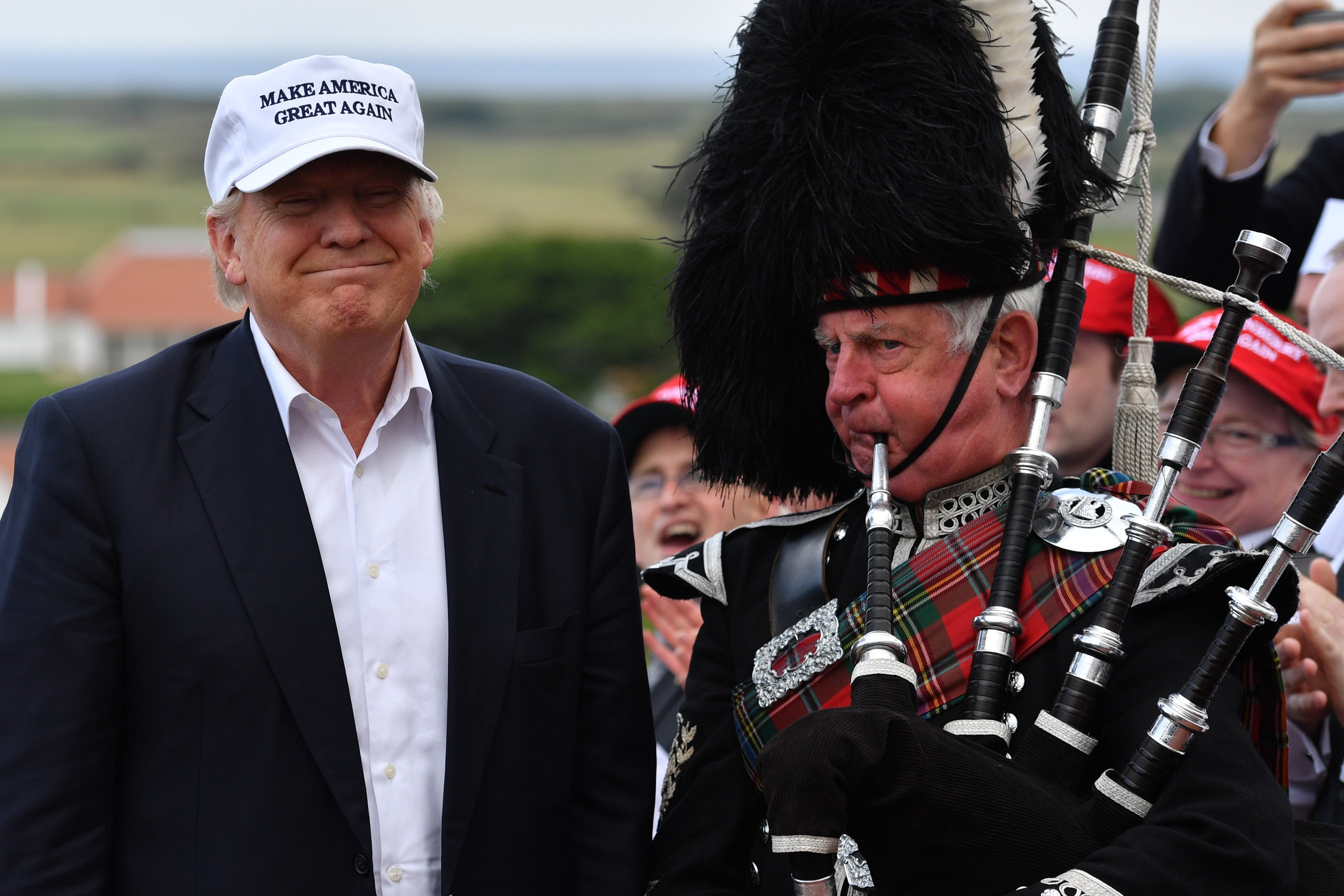 AYR, SCOTLAND – JUNE 24: A bagpipe player wears traditional dress next to Presumptive Republican nominee for US president Donald Trump as he arrives to his Trump Turnberry Resort on June 24, 2016 in Ayr, Scotland. Mr Trump arrived to officially open his golf resort which has undergone an eight month refurbishment as part of an investment thought to be worth in the region of two hundred million pounds. (Photo by Jeff J Mitchell/Getty Images)

“Lodging at higher-end accommodations, even if within government rates, might be allowable but not advisable,” Thomas added. “Therefore, we are reviewing all associated guidance.”

Thomas also said that even when USAF aircrews follow direction and guidance, the USAF must be considerate of “perceptions of not being good stewards of taxpayer funds that might be created through the appearance of aircrew staying at such locations.”

The USAF did not yet respond to a request for comment from the Daily Caller News Foundation.