The audience at the third Democratic debate cheered for former Arizona Republican Sen. John McCain after his name was mentioned in regards to his “no” vote on an Obamacare “skinny repeal” bill in 2017.

McCain returned to the Senate two days after being diagnosed with cancer and after surgery and cast the historic “no” vote on the Obamacare “skinny repeal” bill in late July, even delivering a dramatic speech in front of all of the Senate calling for a bipartisanship message on health care reform.

When his name was mentioned on stage during the third debate, the crowd erupted in applause, as the candidates started to speak about healthcare and their plans for the future. (RELATED: Trump Calls McCain’s Wife To Check On Health) 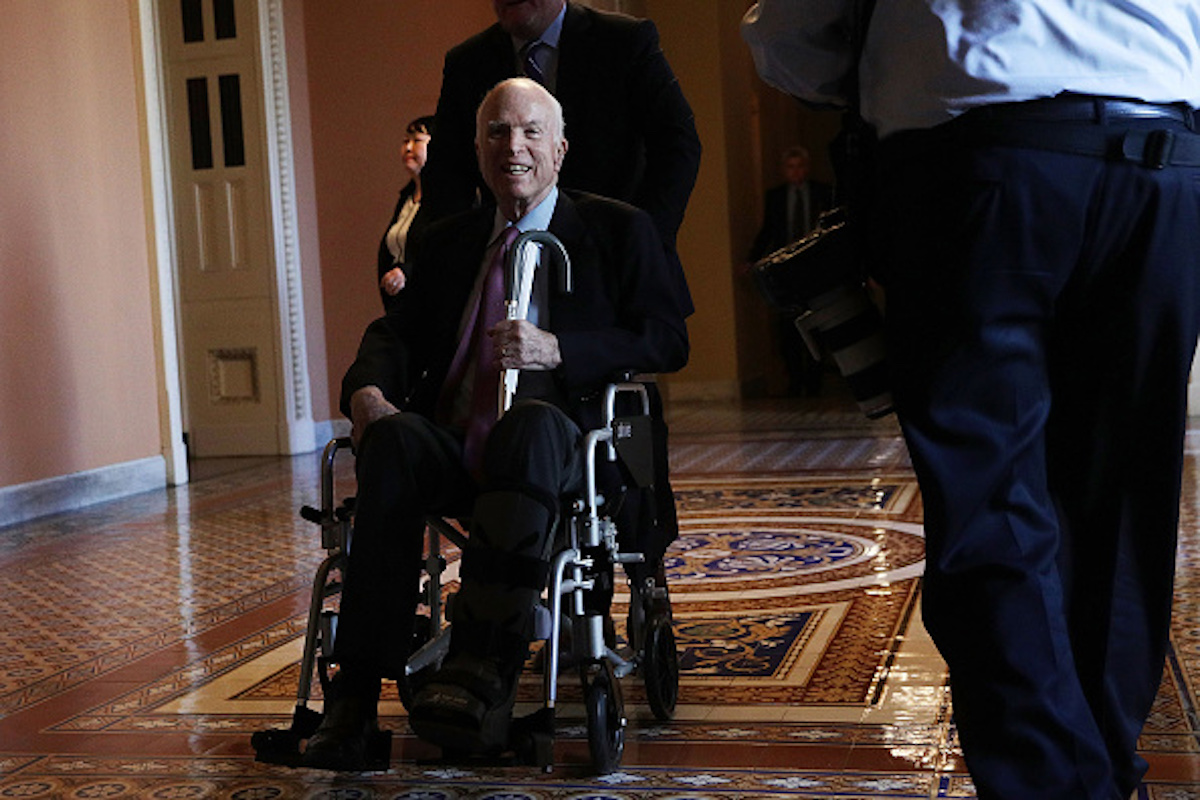 WASHINGTON, DC – DECEMBER 01: U.S. Sen. John McCain (R-AZ) passes by on a wheelchair in a hallway at the Capitol December 1, 2017 in Washington, DC. Senate GOPs indicate that they have enough votes to pass the tax reform bill. (Photo by Alex Wong/Getty Images)