In journalistic parlance, a “buried lede” is a news item that should be of primary importance, but somehow is made secondary. And so on September 10, New York Times columnist Thomas Friedman buried the lede.

Friedman’s topic was a puffy interview with Ren Zhengfei, the founder and CEO of Huawei, the mammoth Chinese tech company. And okay, it was interesting to see Friedman give space to Ren, so that the Chinese executive could broadcast his government’s latest negotiating point in the worldwide struggle over 5G technology.

5G is, after all, supremely important; no one needs to be reminded that the Internet and its many parts are now central to everything — including military power. In the words of the Nikkei Asian Review, “5G networks, which transmit huge amounts of data, can be likened to artillery. And having them controlled by China could vastly boost that country’s political and military influence.” [emphasis added]

Given the centrality of 5G, it was notable that Friedman dropped the most important words — what should have been the lede — in a near-throwaway dependent clause: “And if the United States — which has no indigenous 5G networking manufacturer…”

There! That’s the buried lede: The U.S. can’t make its own strategic materiel. 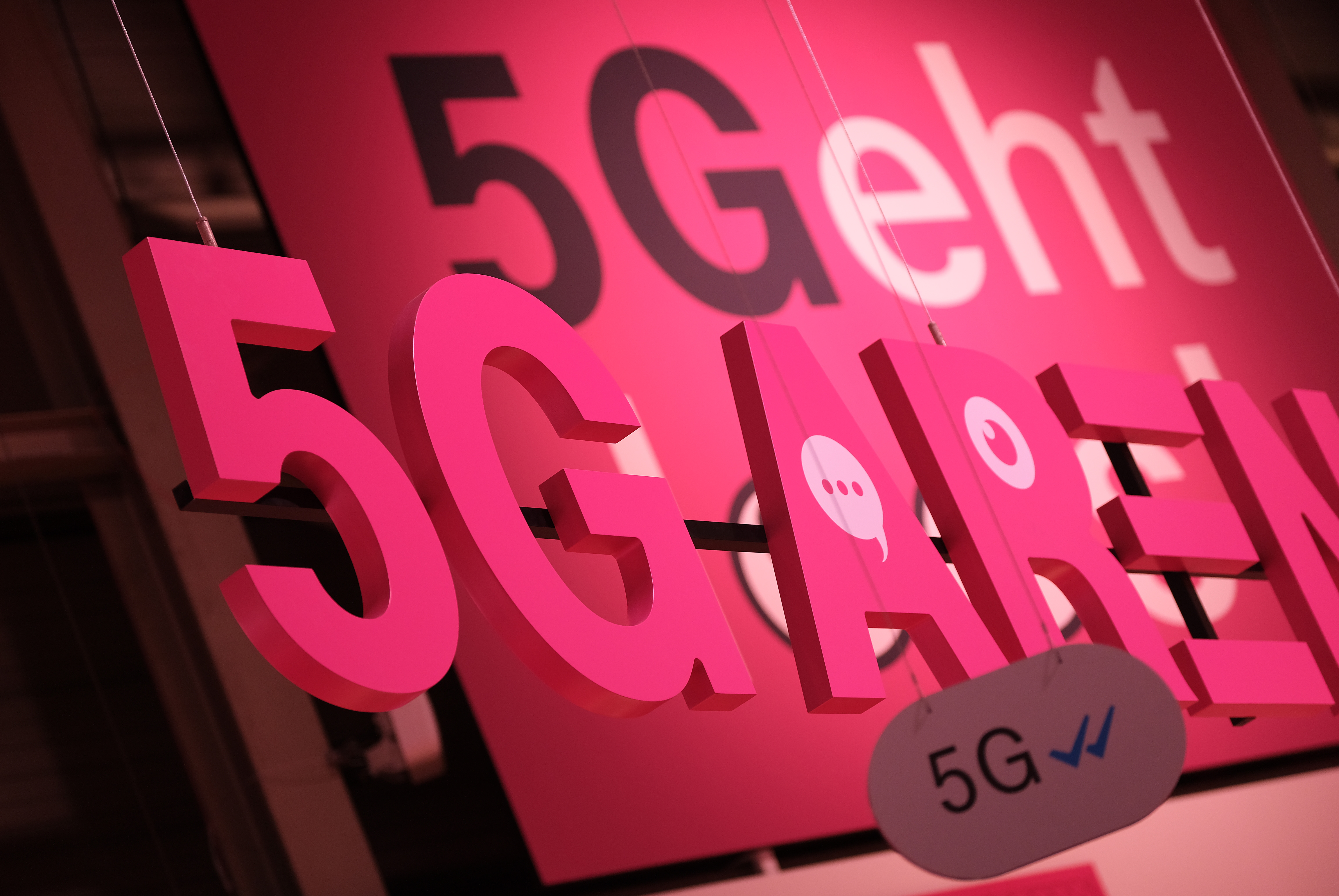 BERLIN, GERMANY – SEPTEMBER 06: Displays advertising the new 5G mobile data standard beckon visitors at the Deutsche Telekom hall at the 2019 IFA home electronics and appliances trade fair on September 06, 2019 in Berlin, Germany. The 2019 IFA fair will be open to the public from September 6-11. (Photo by Sean Gallup/Getty Images)

According to Reuters, the leading players in 5G technology are the Chinese companies Huawei and ZTE, followed by two European firms, Ericsson and Nokia. Way back in the pack is an American company, Qualcomm. (RELATED: Trump Makes A Big Push For 5G As Some Republicans Lobby For Nationalizing Such Technology)

We should ask ourselves: Is this the way a great power should operate? Should we be depending on vital wares coming from overseas?

Alexander Hamilton didn’t think so. He had seen, during the American Revolution, that George Washington’s forces were nearly overwhelmed by British superiority in the hardware of warfare. And so, mindful of the inevitability of some future conflict, Hamilton set to work rectifying America’s weakness. In his Report on the Subject of Manufactures, published on December 5, 1791, he wrote,

Every nation … ought to endeavour to possess within itself all the essentials of national supply. These comprise the means of Subsistence habitation clothing and defence.

In other words, the U.S. needed to make its own stuff. Happily, Hamilton’s Report came to dominate American economic thinking for most of the 19th and 20th centuries, tilting the nation toward industry, security — and also prosperity.

The apex of the Hamiltonian Era was World War Two. Most people realize that Uncle Sam was able to use his accumulated industrial muscle to build lots of tanks, ships, and airplanes — as well as the atomic bomb. And yet some of the less-well-known stories are compelling, too, especially when they show that industrial mojo in one sector can pivot toward further challenges ahead.

For instance, there’s the creation of the synthetic rubber industry. Before World War Two, the U.S. hadn’t worried much about synthetic rubber, because we could import natural rubber from Brazil and the East Indies. Yet after Pearl Harbor, the Japanese seized rubber in the Pacific, and the supply from South America was far from adequate. A history from from the American Chemical Society sets the scene:

The onset of World War II cut off U.S. access to 90 percent of the natural rubber supply. At this time, the United States had a stockpile of about one million tons of natural rubber, a consumption rate of about 600,000 tons per year, and no commercial process to produce a general purpose synthetic rubber. Conserving, reclaiming, and stockpiling activities could not fill the gap in rubber consumption.

So what was the answer? How to get the rubber we needed, for tires, boots, gaskets — and everything else? For sure, we weren’t going to win the war if we couldn’t make war equipment. (RELATED: DOJ Asks Courts To Lighten Up On Qualcomm As It Battles China For 5G Supremacy)

Fortunately, in 1940, President Franklin D. Roosevelt, Hamiltonian that he was, had formed the Rubber Reserve Company (as well as seven other similar companies, each aimed at a strategic material), to oversee and coordinate the needed production.

Thus after the fighting started, the Big Four rubber companies — Firestone, Goodrich,  Goodyear, and U.S. Rubber — joined together and pooled their patents, working to develop and mass-produce synthetic rubber. The result was a spectacular success: a more than 400-fold increase in synthetic-rubber production, from 2,200 tons in 1942 to 920,000 tons in 1945. 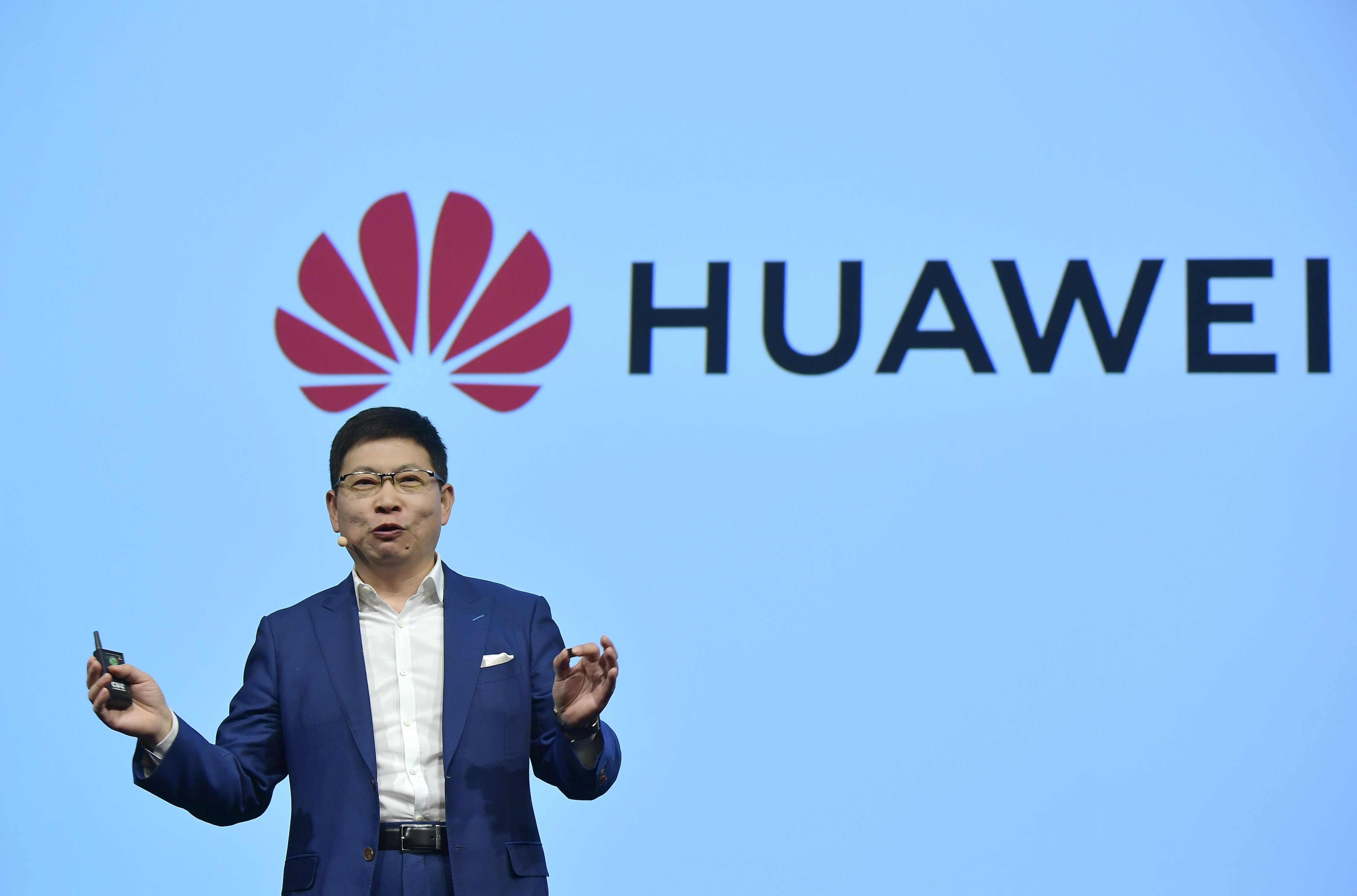 Richard Yu (Yu Chengdong), head of Huawei’s consumer business, speaks during a presentation at the international electronics and innovation fair IFA in Berlin on September 6, 2019. – Exhibitors from more than 100 countries will be presenting their latest products during the fair running from September 6 to 11, 2019. (Photo by Tobias SCHWARZ/AFP/Getty Images)

Moreover, as a fortuitous spinoff, the wartime gains in synthetic rubber — as well as in related fields, such as plastic — served as the launchpad, after 1945, for even greater peacetime gains. So we can see Hamilton’s virtuous cycle: Strong peacetime industry leads to a strong wartime military, which leads to even stronger peacetime industry.

Unfortunately, in the last half-century, we have let that Hamiltonian system fall apart. Instead, we have come to embrace theories of free trade and globalism — theories that led us to rely on others for the things we should have been making for ourselves. Stupefyingly, that dependence has even extended to China — a potential foe.

Oh, and one other thing: Our Hamiltonian history — synthetic rubber, and everything else — tells us that if we can bring essential production back onshore, we’ll be richer, not to mention stronger.