With each passing year, a new, weirder sex scandal involving a politician or journalist or rich businessman emerges. Now more than ever, with the #MeToo era fueling the exposure, male donors are being exposed for heinous offenses, the most recent being the arrest of West Hollywood Democratic donor Ed Buck on Tuesday. Let’s take a closer look at some of the others.

7. Bryan Singer: Perhaps best known for Golden Globe winning Bohemian Rhapsody, this 53-year-old Hollywood director has been accused of raping a variety of boys as young as 13 and 17. In June, he paid out $150K for allegations of raping the 17-year-old stemming back to 2003. Singer has nonetheless denied the allegations. Singer is a longtime contributor to Democrats. By 2014, he had contributed more than $87 grand to Democratic candidates, Hillary Clinton, and the DNC. In January, The Atlantic ran a piece with the stories of more accusers.

6. Ed Buck: This Democratic mega-donor is the latest in bizarre sex scandals. Buck, 65, has been charged with operating a drug den out of his West Hollywood home. According to news reports, last week, he shot a man up with methamphetamine and nearly killed him. Two other men have died at his home in the past two years. LA DA Jackie Lacey has called him a “violent, dangerous sexual predator.”

Buck allegedly lured younger men to his home to participate in his “sexual fetishes.” Buck has donated to a host of Dems, including, House Intelligence Committee Chairman Adam Schiff (D-Calif.), Hillary Clinton and Barack Obama. 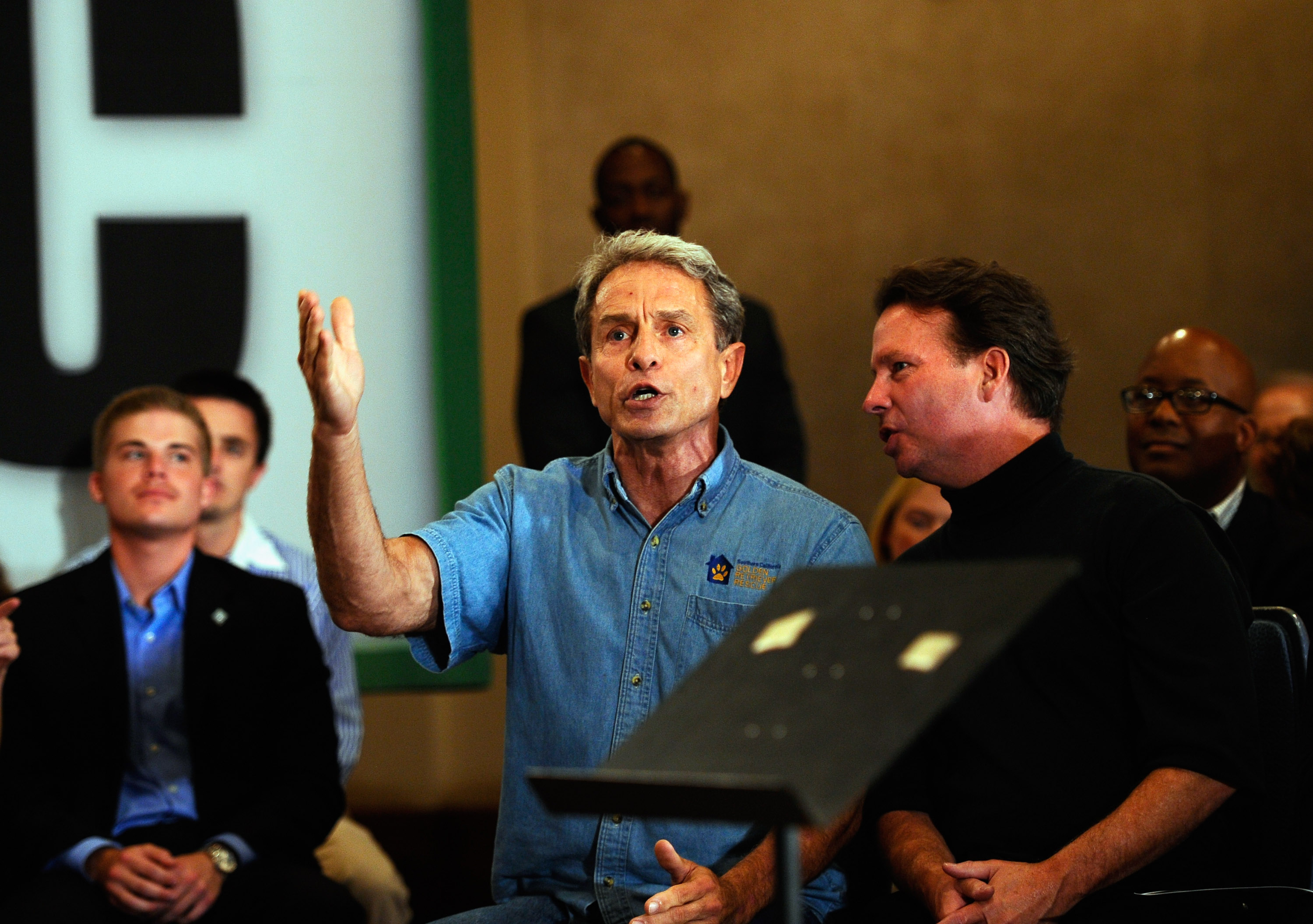 5. Jeffrey Epstein: Epstein was a major donor to Democrats, including Bill Clinton. Before his suicide in his jail cell in August, the 66-year-old billionaire — who was already a convicted sex offender stemming from abusing a 14-year-old girl — had been charged with sex trafficking. The feds nabbed him for abusing 36 girls. Epstein had ties to so many politicians, including Bill Clinton and President Trump, who can be seen in an embarrassing video whispering to Epstein at a party where he danced badly with several shapely women.

Since he’s dead, a judge concluded the charges against him in August. However, a female accuser who says Epstein abused her “countless times” is going after his estate in a new lawsuit filed in U.S. District Court in Manhattan.

4. George Alan Rekers: This guy is a piece of work. He’s an anti-gay activist who helped create the conservative Family Research Council. In 2011, he allegedly hired a male escort on Rentboy.com (yeah, there’s truly a website for everything). He was caught with the escort returning from a European rendezvous in which Rekers paid the 20-year-old hire for daily nude body rubs. Miami New Times originally broke the story about Rekers. The Christian right leader has advised a plethora of politicians in Congress, the White House and the Department of Health and Human Services.

3. John Childs: The news broke in February, 2019 that this 77-year-old Florida billionaire was caught allegedly soliciting prostitution at a spa with ties to international human trafficking. He denied the charge to Bloomberg. He’s a prominent GOP donor to politicians such as former House Speaker Paul Ryan, Club for Growth and 2012 presidential candidate Mitt Romney, who is now a U.S. senator from Utah. Amount donated to GOP candidates in the last campaign cycle: $4.3 million.

2. Harvey Weinstein: No list like this is complete without mentioning kingpin abuser Harvey Weinstein, 67, a filthy rich movie mogul who is now pondering a life abroad after all the hell he has caught for decades of allegedly sexually harassing women and possibly worse. As many as 80 women have come forward to accuse Weinstein of harassment, rape and other forms of sexual misconduct. Accusers include Angelina Jolie, Ashley Judd, Gwyneth Paltrow, Salma Hayak and Cara Delevigne, to name a few. Weinstein goes to trial in January, 2020. He has denied any and all allegations of wrongdoing.

Weinstein has been cozy with many Democratic politicians. Since 2000, he has personally donated $1 million as well as $1.5 million in bundled donations. Politicians who have reaped the benefits of his money include everyone from John Kerry, Hillary Clinton and Al Franken to Chuck Schumer, Cory Booker, Kirsten Gillibrand and former President Obama. 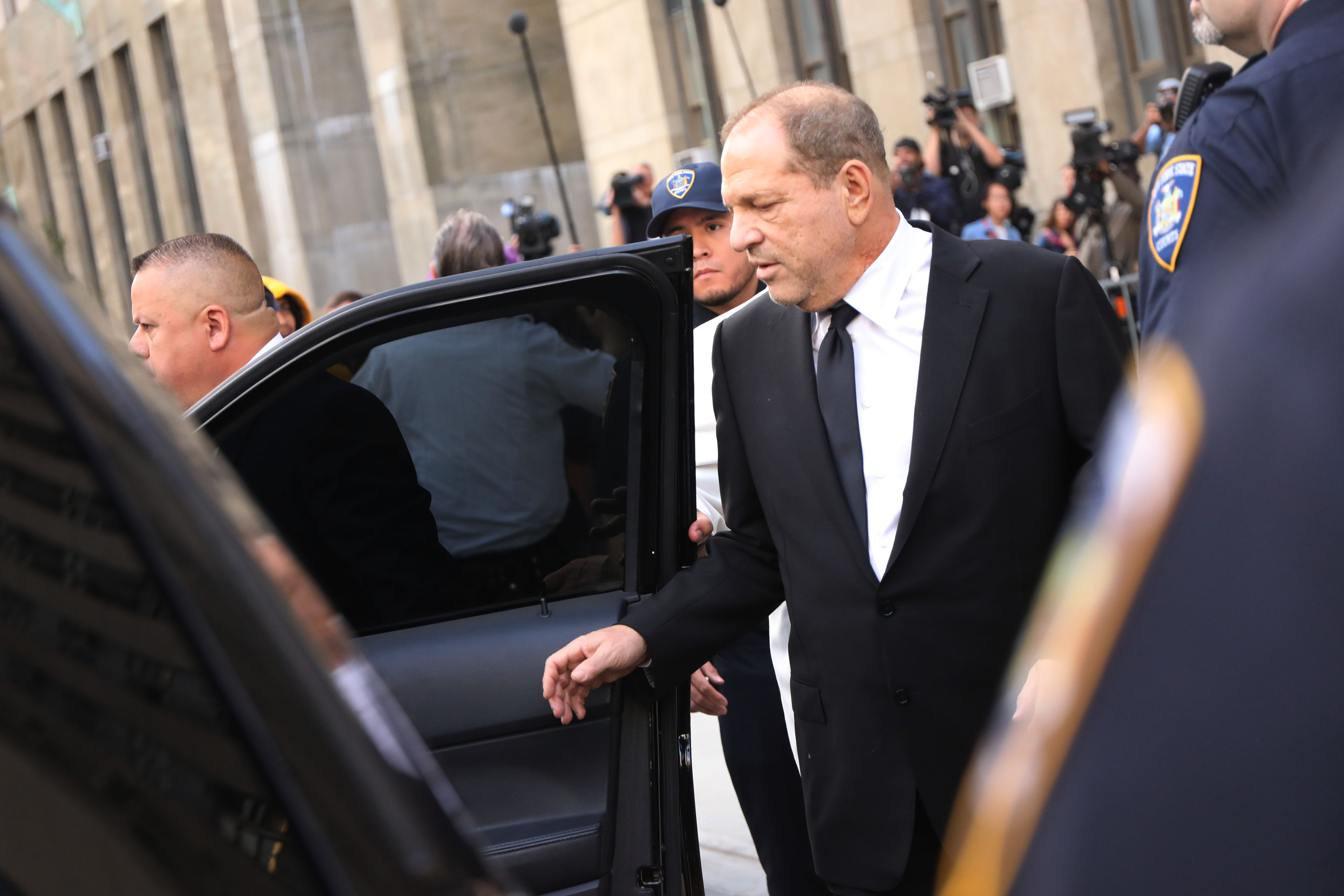 NEW YORK, NEW YORK – AUGUST 26: Harvey Weinstein exits court after an arraignment over a new indictment for sexual assault on August 26, 2019 in New York City. The new charges against the movie mogul are from an indictment involving the actor Annabella Sciorra. Weinstein plead not guilty on all charges and his sex-crimes trial has been delayed until January. (Photo by Spencer Platt/Getty Images)

1. Terry Bean: This wealthy 70-year-old Portland activist is known as a “pioneer” of the LGBT rights movement. As a co-founder of the Human Rights Campaign, he has been on the organization’s board since 1980. He was a member of former President Obama‘s National Finance Council. In 2014, police arrested Bean and charged him with molesting and sodomizing a 15-year-old boy. According to The Oregonian, Bean and his then-boyfriend met the boy through Grindr, a gay dating app known for sexual escapades. Bean and the boy reached a civil agreement that a judge refused to accept. Police now say that Bean paid the boy $220K to make this all go away. The boy refused to testify. Lucky for him, a judge threw the case out in 2015. But not so fast.

In January, 2019, authorities indicted Bean for third-degree sodomy and misdemeanor third-degree sexual abuse for that 2014 alleged crime. What a freaking mess. Bean, whose trial is scheduled for November, is now suing a detective, prosecution and lawyer for the young man — who is now 21 — to the tune of $2 million. On Sept. 17, 2019, Bean’s ex-boyfriend, Kiah Lawson, who was also involved in the alleged crime, was sentenced to two years in the jug.