Citing an alleged $3 million payment in laundered money that Ukraine sent to Hunter Biden, Rudy Giuliani says if there’s a problem with the east European country, it’s one for former Vice President Joe Biden and the Democrats.

The former New York mayor went on a Twitter spree early Monday morning, insisting that it’s Joe Biden’s activities in Ukraine that deserve attention, not a July phone call from President Donald Trump to his Ukrainian counterpart. His objective was to suggest that Joe Biden’s provision of aid to Ukraine enabled his son to make millions from his business interests there.

Giuliani’s latest tweet on the issue claims that “Swamp Media” has buried the story of “the $3 million laundered payment.” (RELATED: Joe Biden Says He Never Discussed His Son’s Ukraine Deal. Hunter Biden Says He Did)

Today though it’s the $3 million laundered payment, classical proof of guilty knowledge and intent, that was kept from you by Swamp Media. Ukraine-Latvia-Cyprus-US is a usual route for laundering money. Obama’s US embassy told Cyprus bank not to disclose amount to Biden. Stinks!

The former prosecutor noted: “One $3 million payment to Biden’s son from Ukraine to Latvia to Cyprus to U.S.” that the U.S. embassy unsuccessfully tried to block allegedly due to the vice president’s influence.

NEW FACT: One $3million payment to Biden’s son from Ukraine to Latvia to Cyprus to US. When Prosecutor asked Cyprus for amount going to son, he was told US embassy (Obama’s) instructed them not to provide the amount. Prosecutor getting too close to son and Biden had him fired.

Giuliani has repeatedly called for the U.S. Department of Justice to investigate the activities of both Bidens vis-a-vis Ukraine. Burisma Holdings, Ukraine’s largest private gas company, gave Hunter Biden a seat on its board of directors in April 2014, reportedly to cozy up to prominent Americans who might be able to free the company from being investigated. (RELATED: Nunes: Ukraine Will Sink Biden’s Campaign, Not Trump Presidency)

Biden has bragged about how he successfully applied pressure to Ukraine to remove the prosecutor who was leading that investigation but direct evidence has yet to be found proving that removal to be linked to Burisma probe.

Giuliani asked if Obama knew “that his VP, the one he put in charge of giving billions to Ukraine, had a son who was making millions on the board of one of the most corrupt companies in Ukraine.” 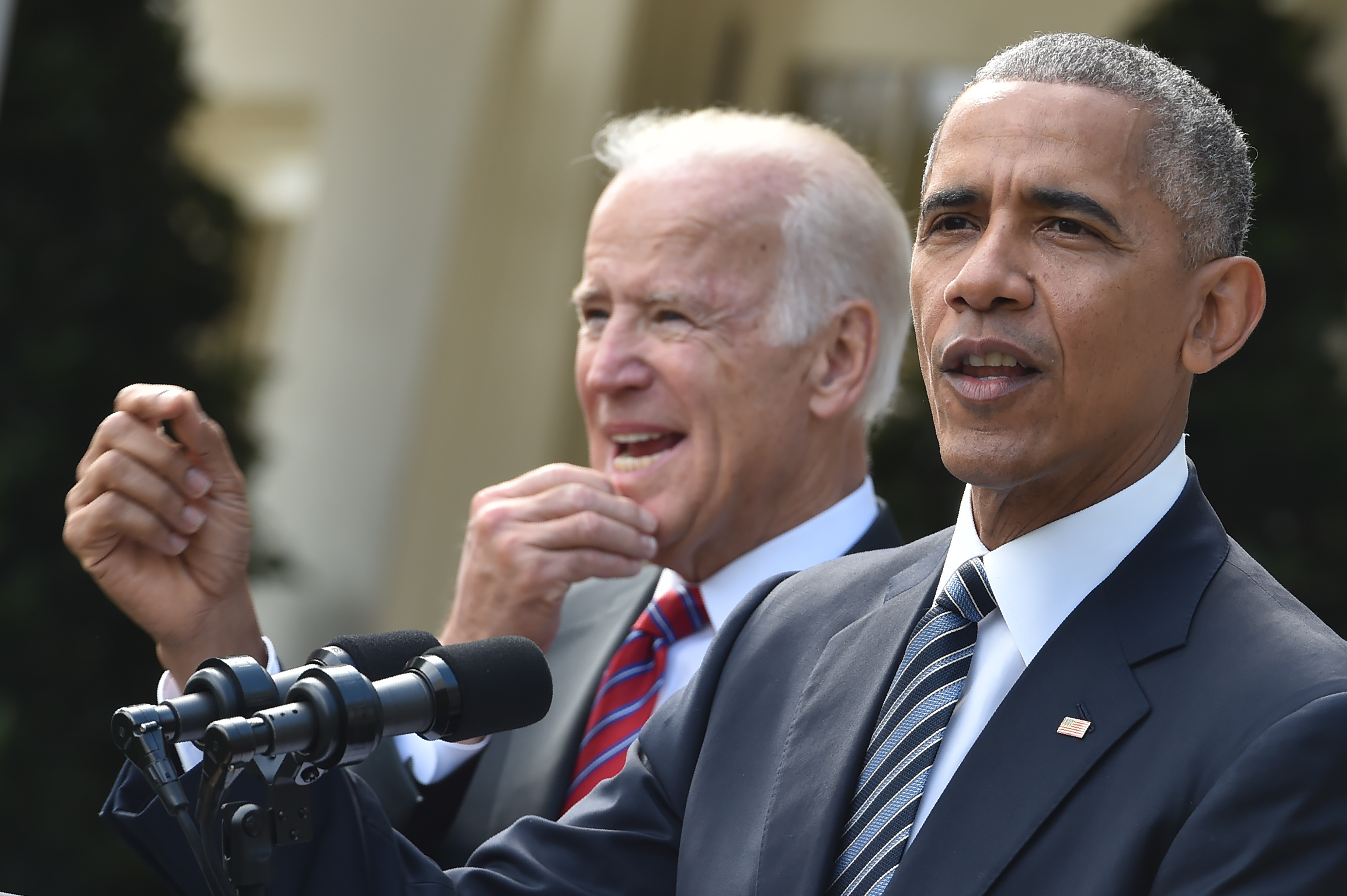 US President Barack Obama (R) together with Vice President Joe Biden addresses the nation publicly for the first time publicly since the shock election of Donald Trump as his successor, on Nov. 9, 2016 at the White House in Washnigton, D.C. (Photo credit: NICHOLAS KAMM/AFP/Getty Images)

Did Obama know that his VP, the one he put in charge of giving billions to Ukraine, had a son who was making millions on the board of one of the most corrupt companies in Ukraine. Biden’s boss had stolen $5b from Ukraine and was a fugitive. Did Obama know? Did he approve?

Trump’s personal lawyer predicted that as much as the Democrats are trying to make political hay out of a phone call between two world leaders, the party will soon “own” any scandal associated with Ukraine.

If Dem party doesn’t call for investigation of Bidens’ millions from Ukraine and billions from China, they will own it. Bidens’ made big money selling public office. How could Obama have allowed this to happen? Will Dems continue to condone and enable this kind pay-for-play?

Giuliani concluded his Twitter rant by accusing Biden of lying when the Democratic presidential candidate says “he never talked to his son about his overseas business.”

Biden says he never talked to his son about his overseas business. Do you think we can prove, with our fact a day disclosures, it’s a lie-a false exculpatory statement. Do we have to prove, or do you already know, it’s a lie, and an incriminating statement.