Climate change activists protested on the streets of Washington, D.C., Monday, aiming to shut down the city in an effort to push the government to take action on the climate crisis.

On Massachusetts Avenue, protestors shut down an intersection and a dumpster was seen overturned and on fire in the middle of a street. (RELATED: The Movement To Stop Having Babies To Fight Climate Change Is Going Mainstream, And AOC Might Be Getting On Board)

Matt Whitlock, a senior adviser for the National Republican Senatorial Committee, noted that protesters were “littering” the street. He also tweeted wondering how “causing thousands of cars to idle” helps the environment.

Activism in 2019: singing about getting rid of fossil fuels while littering on the street. pic.twitter.com/r28ByOqq7R

“Forcing buses to idle downtown to own the science deniers,” he wrote in another tweet. “Lots of large 18-wheel trucks forced to just sit there and idle while millennials (and middle-aged protestors in costumes) dance in the streets about the climate. Galaxy brain stuff,” Whitlock added.

Video footage from Twitter also showed protesters dancing to music in the middle of the streets near the U.S. Capitol. After multiple warnings, police began to arrest protesters at some locations, Sweeney wrote, tweeting out photos of people being handcuffed.

Climate Protestors blocking Mass Ave near Union station in the shadow of the U.S. Capitol. pic.twitter.com/tBlMiFEb8d

Other streets were locked down after a sail boat was placed in the middle of a road. Protesters bound themselves to the boat and police had to use saws to release them as they re-routed traffic. “Rebel for life” was written on the boat.

“Police are using a saw to separate the links protesters have attached themselves to the boat with. They’ve given those people flame-resistant blankets for the sparks. And ear protection,” Alejandro Alvarez, a reporter for WTOP, tweeted. He added that “over an hour later” police were still trying to free two of the protesters from the boat. 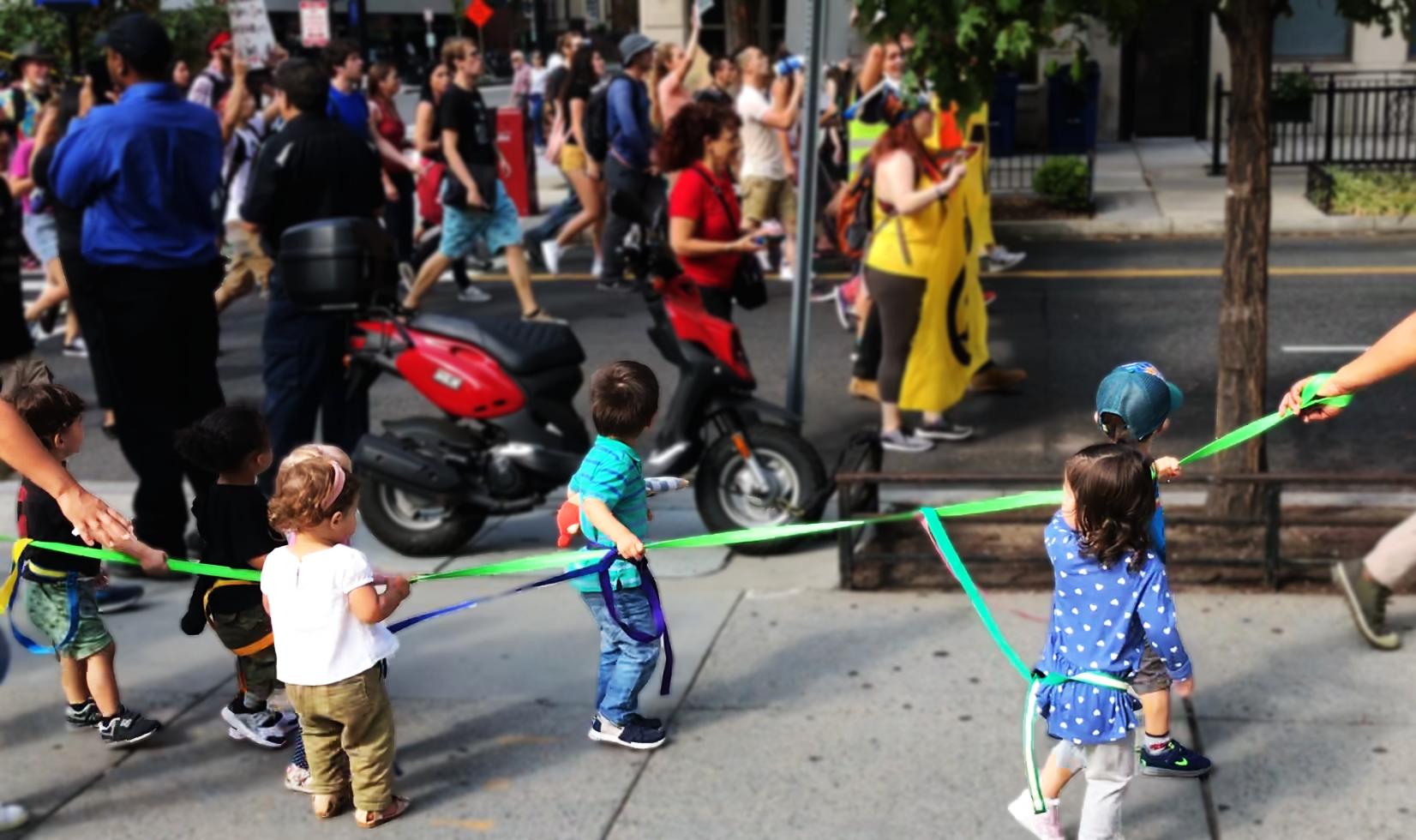 Children in transit during the protests (The DCNF)

“Allowing people to lay in the middle of the street during morning rush hour is not a compelling argument for statehood. #ShutDownDC #ClimateStrikedc #DCisatoilet,” Kevin McLaughlin, Executive Director at National Republican Senatorial Committee, wrote Monday morning.