“He said his brother would be very excited about this product,” Frey said. (RELATED: Ad Calls Out Biden For ‘White Privilege,’ Demands Federal Investigation Into Biden’s Ukraine Dealings) 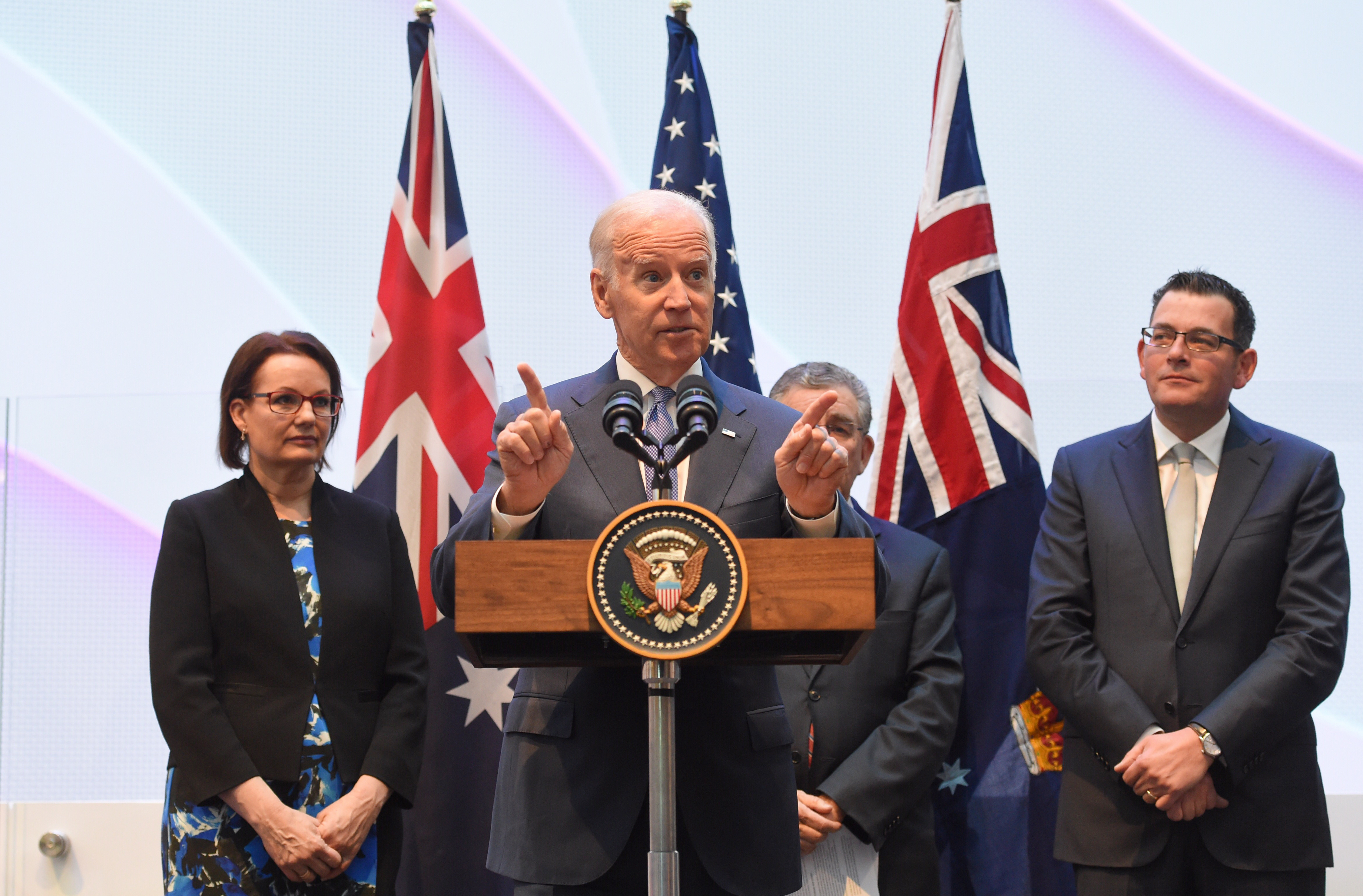 US Vice-President Joe Biden visiting Australia on a four day trip which includes a visit to Melbourne at the Victorian Comprehensive Cancer Centre to promote US-Australia cancer research and will host a round-table discussion with business leaders in Sydney. (Photo by Tracey Nearmy – Pool/Getty Images)

“These charges stem from a frivolous lawsuit and are pure fantasy. We are not surprised that such baseless accusations have emerged during the Democratic primaries,” said spokesman David Fuscus on behalf of James Biden and Platinum Global Partners, according to Politico.

“Jim Biden has been clear and consistent that he does not, and has never, discussed his business ventures with his brother,” Fuscus added.

The Biden campaign and Platinum Global Managers have not yet responded to a request for comment from the Daily Caller News Foundation. The Biden Cancer Initiative suspended operations in July.

The transcript revealed Trump asked the Ukrainian president to investigate the firing of a prosecutor looking into Hunter Biden’s business ties in Ukraine. Trump also asked Zelensky to investigate the private security group, CrowdStrike, that the Democratic National Committee hired to look into Russian server hacks.

There is no evidence in the transcript that confirms Trump offered military aid to Zelensky as part of his request for an investigation into Biden.