Demonstrators set fires, smashed windows at subway stations and threw bricks at police, according to The Washington Post on Monday.

“If they respect us, then we will respect them,” a 28-year-old protester by the name of Michael told WaPo of the Chinese government. “But if they don’t respect our democracy or human rights, then why do I need to respect them?”

Police made 157 arrests between Saturday and Sunday, according to Reuters, citing police.

Protesters also clashed with police on the streets, leaving pools of blood on asphalt, the Post reported. 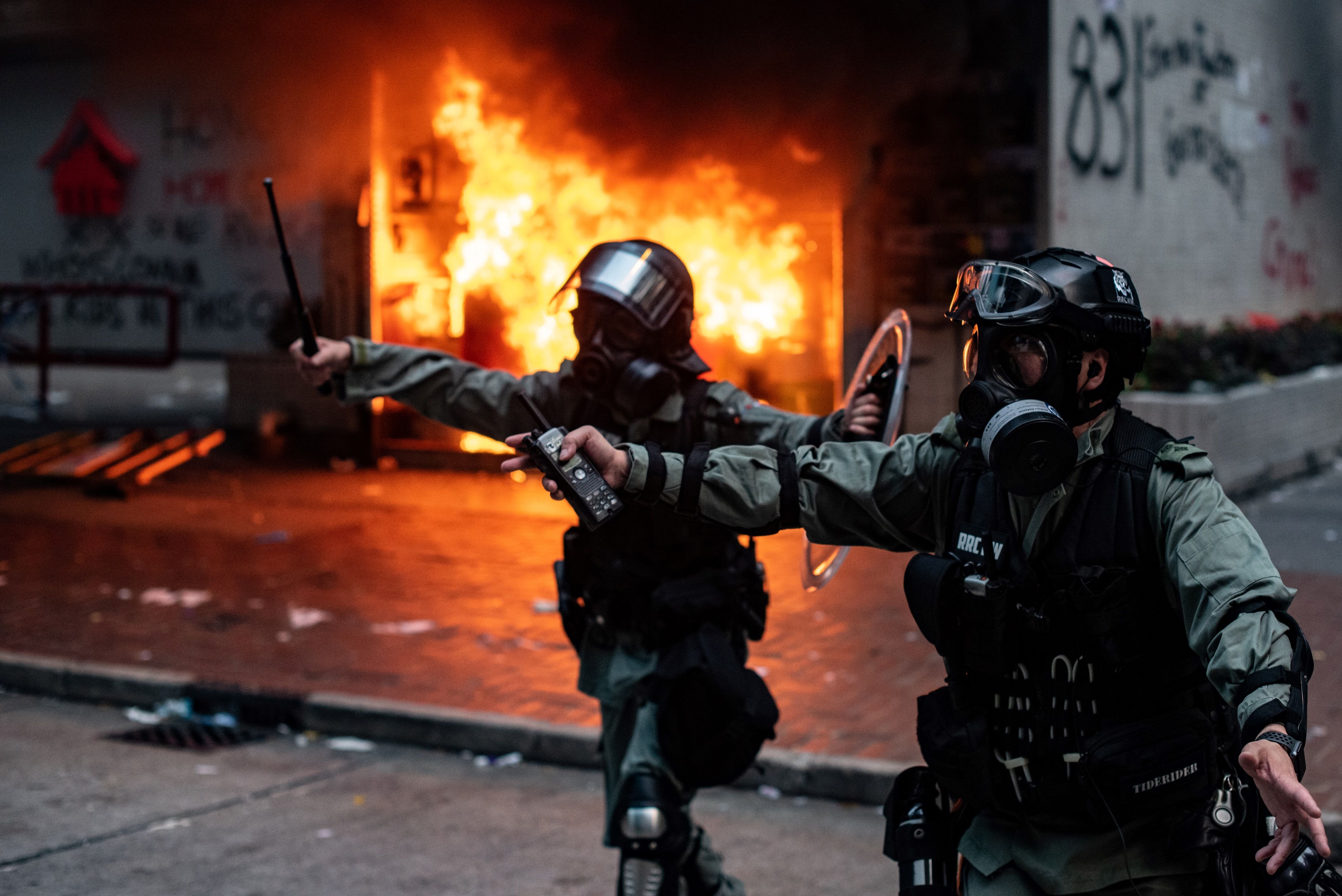 Police stand in front of a fire at the entrance to a building after clashes in the Wanchai district following an unsanctioned protest march through Hong Kong on September 29, 2019. (Photo credit should read PHILIP FONG/AFP/Getty Images)

“There’s no indication of any lowering of the temperature, as we saw over the weekend,” China researcher Adam Ni of Macquarie University in Sydney told The Wall Street Journal. “We continue to be in for a rocky ride in Hong Kong.”

One of the many arrests from the resulting police charge today in Hong Kong. Officers trying their hardest to keep photographers and videographers away and block their cameras pic.twitter.com/mIkTFyjC91

Police also used a water cannon to disperse tens of thousands of protesters who gathered on the Saturday anniversary of pro-democracy protests that took place in Hong Kong five years prior, sparking the region’s umbrella movement, according to a WSJ report.

“The community needs to engage in dialogues, premised on the legal basis and under a peaceful atmosphere with mutual trust, with a view to narrowing differences and attaining a consensus agreeable to all sides,” Hong Kong’s government said in response to Saturday’s demonstrations, according to TheWSJ.

The weekend’s events marked the 17th week of protests in Hong Kong, which were sparked by a since-withdrawn extradition bill that would have sent Hong Kong residents convicted of crimes to mainland China for trial. 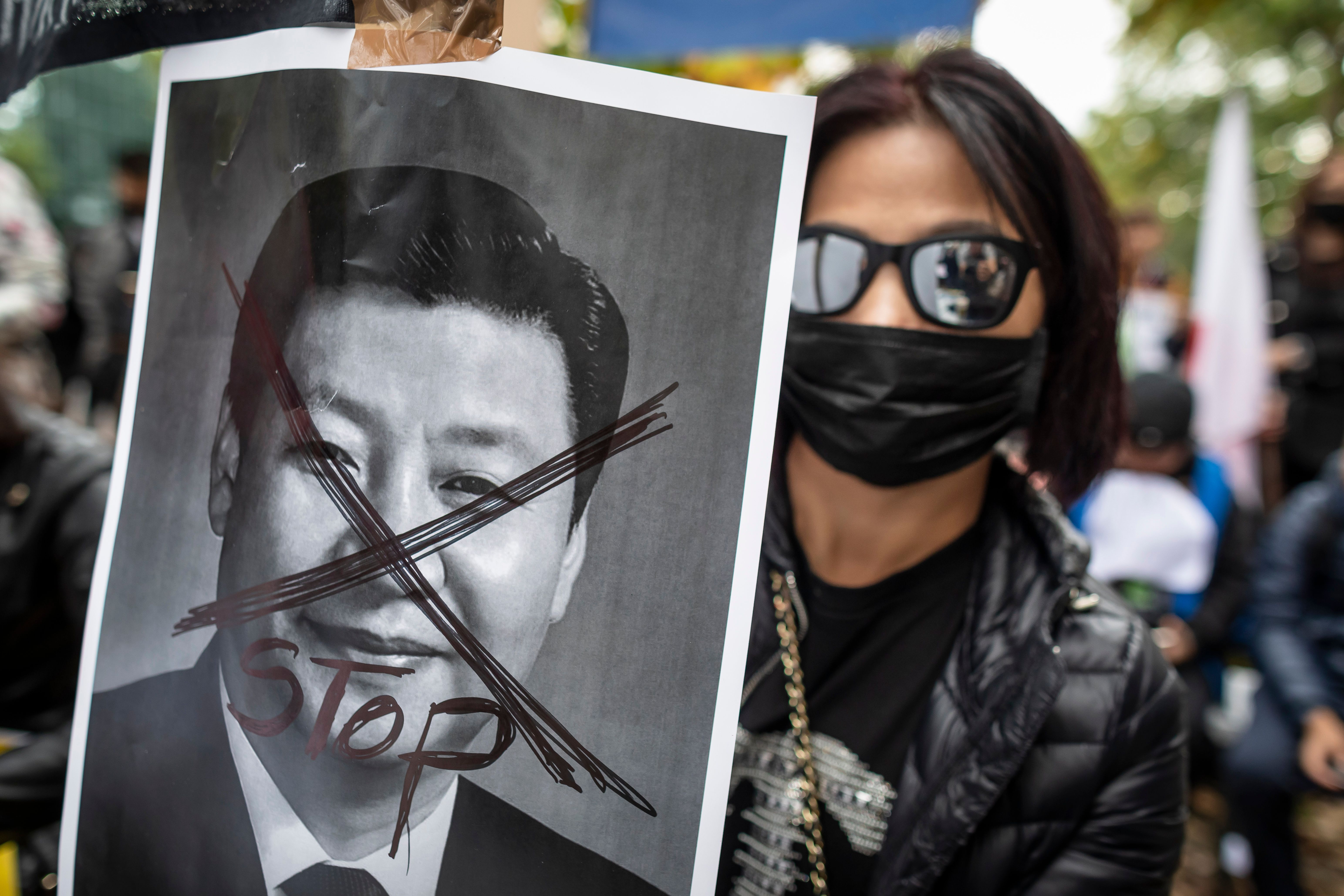 The bill was one of five demands made by Hongkongers who have kept the protests going. The other four include Carrie Lam’s resignation, an inquiry into police brutality, the release of those who have been arrested and more democratic freedoms, according to CNN.

The People’s Republic of China will celebrate its 70th anniversary of Communist Party rule Tuesday with a military parade, the Post reported.