Some experts argue China has the upper hand because it is slowly weaning off American computer products and will eventually achieve its own technology independence.

The Chinese economy may be taking more hits from an economic perspective, but from a political perspective, the country’s authoritarian government could stick around longer than Trump and his policies will.

Other experts argue the United States is winning from a more long-term perspective because the trade war will make the U.S. less reliant on Chinese factories that produce products, as lawyer James D. Schultz argued in an op-ed published by CNN.

But it appears both China and the U.S. are taking heavier losses than wins. 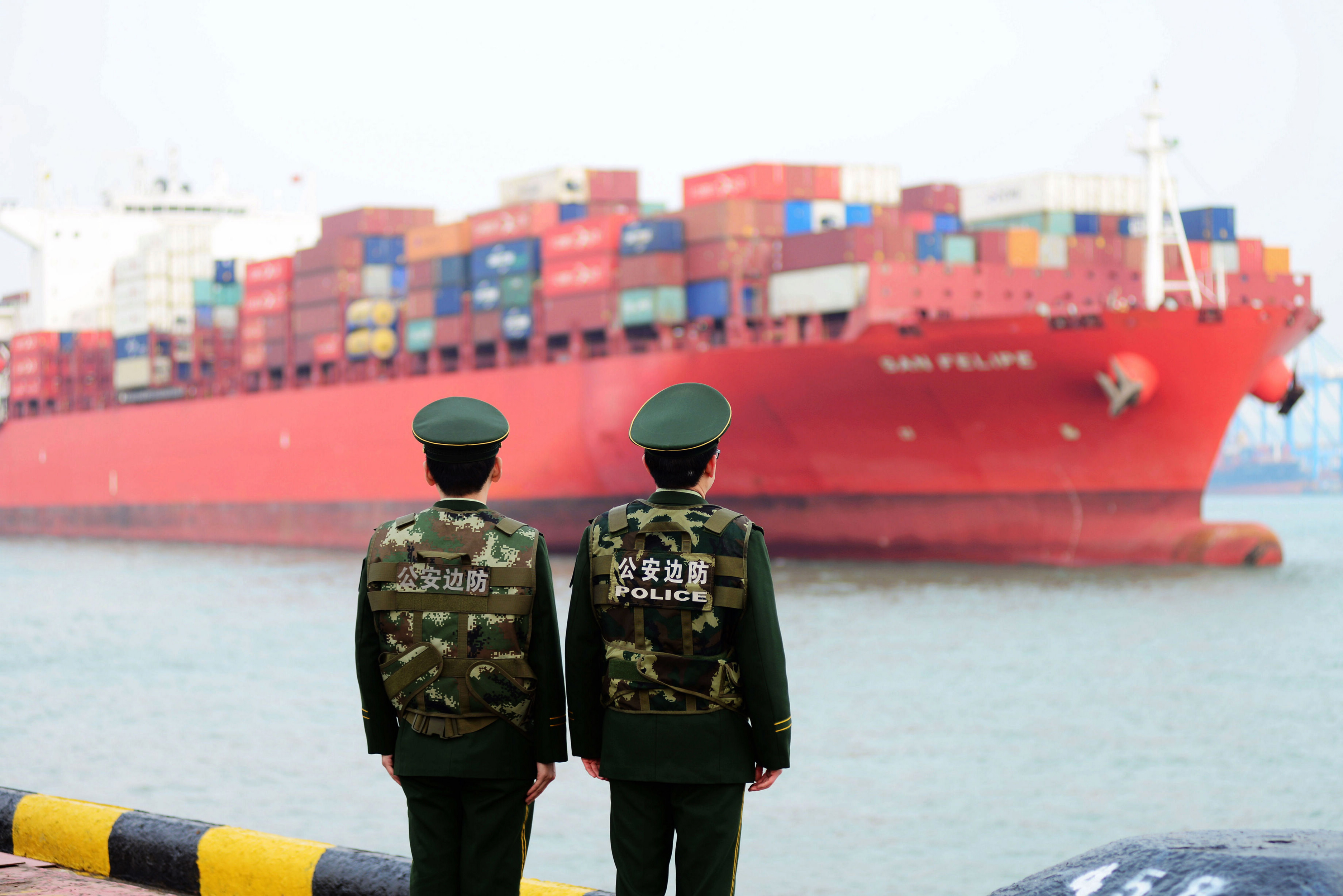 While China may be undergoing more changes in response to the trade war and potentially more regulations, the phrase “tariffs are taxes” has been commonly used to describe the direct impact the trade war has had and will have on U.S. consumers.

The tariffs make goods more expensive for American companies who are forced to either increase prices on consumers or cut pay and benefits for employees, or even cut jobs, spokesman for Americans for Free Trade — a coalition of associations and businesses across the country that are opposed to tariffs — Jon Gold told the DCNF.

“Tariffs are a tax on American families, farmers and businesses. They are killing jobs and damaging our economy, and so far they have done nothing to decrease the trade deficit between China and the U.S. It’s time to stop taxing Americans to punish the bad behavior of China,” he said.

Trump initially imposed tariffs on all imported washing machines and solar panels starting March 8, 2018. He also announced 25% tariffs on steel imports and 10% on aluminum imports from all suppliers. China then imposed retaliatory tariffs of up to 25% on more than 100 U.S. products April 4, 2018.

Tariffs steadily continued to increase throughout May, June, July and August of 2018, the timeline shows.

“As part of the United States’ continuing response to China’s theft of American intellectual property and forced transfer of American technology, the Office of the United States Trade Representative (USTR) today released a list of approximately $200 billion worth of Chinese imports that will be subject to additional tariffs,” a Sept. 18, 2018, press release from USTR reads.

Both leaders continued to impose more tariffs until Feb. 24, 2019, when both countries agreed to a delay, and China said it would buy a “very substantial” amount of U.S. products, according to the Reuters timeline.

Pressure increased after Trump threatened to raise tariffs if Chinese President Xi Jinping did not show up to the G20 summit in Osaka, Japan, in June, when both countries were expected to discuss an agreement. Xi did show up, however, and the two discussed a trade deal that China essentially ignored in the months that followed.

“We thought we had a deal with China three months ago, but sadly, China decided to re-negotiate the deal prior to signing,” Trump tweeted Aug. 1.

The president also accused China of not keeping its promise to buy more agricultural products from the U.S. and ignoring China’s impact on America’s opioid crisis.

…buy agricultural product from the U.S. in large quantities, but did not do so. Additionally, my friend President Xi said that he would stop the sale of Fentanyl to the United States – this never happened, and many Americans continue to die! Trade talks are continuing, and…

Trade officials representing both countries plan to meet in October, according to a Sept. 5 report by The Wall Street Journal. (RELATED: The Threat From China Means Conservatives Must Rethink Industrial Policy)

Many experts have pointed to decisions by large U.S. companies with factories in China to move production out of China and into other countries like Thailand to save money as reason to believe China is losing the trade war.

About 40% of U.S. companies said they were “considering or ha[d] relocated manufacturing facilities outside China” as a result of U.S. tariffs on Chinese goods, according to a May survey with about 250 respondents by AmCham Shanghai, a nonprofit that represents American companies doing business in China.

More than 50 global companies including Apple, Nintendo and Dell, reportedly rushed to pull production out of China in July, according to CNBC, citing the Nikkei Asian Review.

Chinese urban unemployment also increased to 5.3% in July 2019 and decreased slightly in August, though many said the actual number is higher than official figures show, according to TheWSJ, citing China’s statistics bureau.

“Our great American companies are hereby ordered to immediately start looking for an alternative to China, including bringing your companies HOME and making your products in the USA. I will be responding to China’s Tariffs this afternoon. This is a GREAT opportunity for the United States,” Trump tweeted Aug. 23.

“We don’t need China and, frankly, would be far better off without them. The vast amounts of money made and stolen by China from the United States, year after year, for decades, will and must STOP,” he continued.

….better off without them. The vast amounts of money made and stolen by China from the United States, year after year, for decades, will and must STOP. Our great American companies are hereby ordered to immediately start looking for an alternative to China, including bringing..

“Businesses moving supply chains out of China long predates the current trade dispute,” Anderson said. “Higher tariffs might have accelerated some of those plans that were already in place, which is certainly something that I’m seeing and hearing when I talk to CEOs, but very few companies hadn’t thought that far ahead already.”

The president tweeted July 30 that “China has lost 5 million jobs and [2] million manufacturing jobs due to the Trump Tariffs.”

While Trump’s statistic — which appeared to have come from the Beijing-based Chinese securities firm China International Capital Corporation Limited (CICC) — seems accurate, jobs in mining, manufacturing, utilities and construction in China have been steadily decreasing since 2014, much like other countries around the world, as Peterson Institute for International Economics Senior Fellow and Chinese economy expert Nicholas Lardy wrote.

“Very few companies are moving out [of China],” he told the DCNF. “Most companies moving in are not U.S. The U.S. share of [foreign direct investment] in China is very small.”

Consequences for the United States

Tariffs have hit U.S. farmers and auto manufacturers hardest since China proposed tariffs on U.S. goods, including a 25% tariffs on U.S. soybeans in July 2018, according to CNBC.

About 75% of U.S. companies “said the increases in U.S. and Chinese tariffs are having a negative impact on their businesses. The impact was higher for manufacturers at 81.5% for U.S. tariffs and 85.2% for Chinese tariffs,” according to a May AmCham Shanghai survey.

China’s retaliatory tariffs also make American exports to those countries more expensive to buy, encouraging our overseas trading partners to look elsewhere to purchase the goods they need. American exports to China have dropped significantly, which disproportionately hurts farmers, Gold said. Tariffs have disproportionately hurt states in the midwest, including Iowa, Wisconsin, Pennsylvania, Ohio and Michigan, according to the latest data that reflects the impact of tariffs through July, he added. 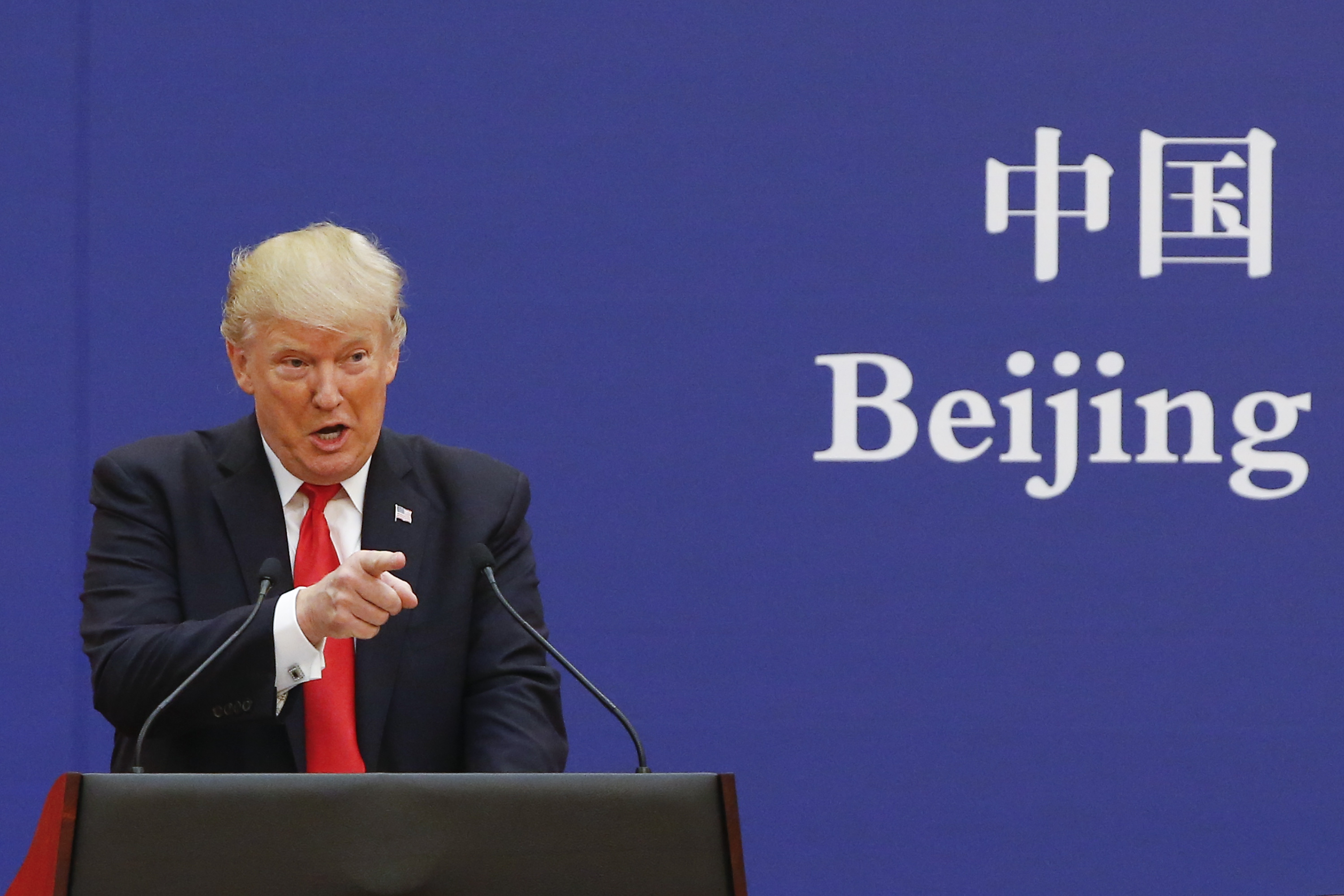 U.S. President Donald Trump and China’s President Xi Jinping (not shown) speak to business leaders at the Great Hall of the People on November 9, 2017 in Beijing, China. Trump is on a 10-day trip to Asia. (Photo by Thomas Peter-Pool/Getty Images)

Since the start of the trade war, farmer suicide rates and foreclosures have drastically increased, Forbes reported Aug. 30.

“We, as farmers, are losing,” North Dakota Farmers Union President Mark Watne told the DCNF, adding that prices for agricultural exports to China have increased significantly, so farmers are selling fewer goods and, as a result, not even subsidies cover half of what farmers need to “sustain the family farm” as the trade war continues.

He explained that farmers are being penalized even though they were never the problem, and the hunger for free trade has overshadowed the importance of safeguarding fair trade.

“We have to meet with Europe, Japan, make friends with them again and come together to address the threat of China,” he said, adding that the U.S. should never have gone into a trade war with the second-largest economy in the world without asking for help from other countries first.

Tariffs are hurting auto production, too, as China is the second-biggest exporter of vehicle parts to the U.S. next to Mexico, according to the South China Morning Post.

The Motor Equipment Manufacturers Association (MEMA), which represents motor vehicle parts manufacturers and remanufacturers, said that while MEMA “supports the administration’s push for robust IPR protection in China, adding a 5% [tariffs] to already existing 25% ad valorem rate of duties on these parts and equipment imported by our members from China is not the solution to these problems” in a Sept. 20 statement.

“MEMA does not agree that the imposition of tariffs is an effective or viable solution to China’s intellectual property and licensing issues. … There is no evidence that applying tariffs to these products will address any of the concerns that China misappropriated intellectual property, and therefore MEMA believes that these products should be excluded from USTR’s list,” the statement continued.

Watne, Gold, Tori Whiting and other experts said the president should take the issue of China’s “seven deadly sins” to the World Trade Organization (WTO) and involve the efforts of other foreign nations to stop the country’s bad trading behavior. They also said the administration should take advantage of the Treasury Department’s ability to sanction businesses and individuals.

“The way the president has addressed these concerns in hurting Americans rather than helping them,” Whiting, a trade economist the Heritage Foundation, told the DCNF.

The trade war was initially marketed by the president as short-term pain for long-term gain, but it’s been nearly two years, and “Americans are in a much worse place now than we were before the trade war,” she said.

“It’s more expensive and more difficult to buy and sell with China than it was two years ago,” Whiting continued, adding that Trump’s “intentions were good but strategies are failing.”

The Heritage Foundation “recommends the administration use different mechanism to deal with China,” such as taking more cases to the WTO.

When the U.S. takes cases with China to the WTO, Whiting said, “We almost always win and China almost always changes its behavior. China is a member of the WTO, and they want to maintain their status with the WTO. China knows the WTO rules, and they know how to go around the rules and get caught later.”

“It’s other countries’ responsibility to bring concerns to the WTO,” she added. “The Heritage Foundation has recommended solutions that would really be more effective: We can address these issues without taxing the American people. It should be, in my opinion, the role of the government — if they are going to engage in these issues — as little negative impact on the American people and the economy as possible.”