The Ukrainian prosecutor who was fired due to pressure from former Vice President Joe Biden was allegedly told to back off an investigation into a company associated with Biden’s son, according to notes of a telephone conversation the prosecutor had with Trump lawyer Rudy Giuliani.

The prosecutor also alleged that former Ukrainian President Petro Poroshenko told him to drop the case because it was “not in the interest of Joe and/or Hunter Biden.”

The Daily Caller reviewed a copy of the notes, first reported on by Fox News, which were included in a packet presented to congressional staffers in a Wednesday briefing by the State Department’s Inspector General. (RELATED: State Department Internal Watchdog Expected To Give ‘Urgent’ Briefing To House And Senate Staffers)

Former Ukrainian General Prosecutor Viktor Shokin told Giuliani during a conversation in January 2019 that Ukraine stopped investigating Burisma Holdings, the Ukrainian gas company that placed Hunter Biden on its board in 2014, because of “fear of the United States.”

Shokin relayed further that the former U.S. Ambassador to Ukraine, Geoffrey Pyatt, told him “that the investigation has to be handled with white gloves, which, according to Mr. Shokin, that implied do nothing.” 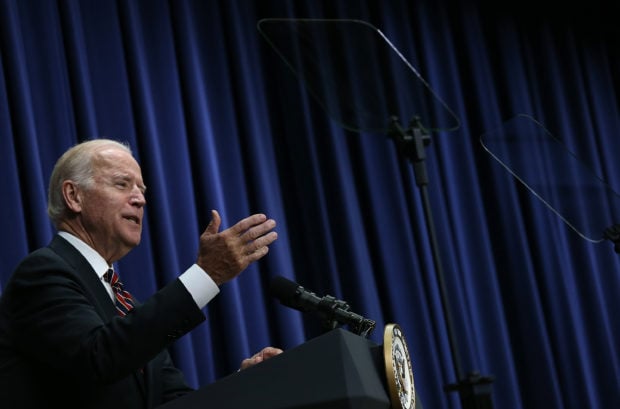 Shokin began investigating Mykola Zlochevsky, the owner of Burisma, for corruption in 2015, and alleged in the phone conversation with Giuliani that Zlochevsky added Hunter Biden to his board in order to protect himself. His office allegedly requested documents on Hunter Biden in February 2016 but never received them, and Poroshenko warned Shokin that his investigation caused Joe Biden to hold up $1 billion in loan guarantees to Ukraine.

Poroshenko later fired Shokin in April 2016, claiming that Biden had proof that Shokin was corrupt. The loan guarantees came through one and a half months later, and the Ukrainian case into Burisma was closed in November 2016.

Biden denies that his pressure on the prosecutor was due to his son’s position with Burisma, instead claiming that Shokin failed to properly investigate corruption cases in Ukraine. Shokin, in fact, may have been sitting on the investigation into Zlochevsky rather than actually pursuing it, according to reporting by The New York Times.

In a conversation with Giuliani two days later, current Ukrainian General Prosecutor Yuriy Lutsenko allegedly said he believes Shokin is “honest.” However, Lutsenko also said there is no evidence that Hunter Biden was involved in wrongdoing.