The local reporter who first pushed the hoax that white boys pinned down a 12-year-old black girl and cut off her dreadlocks advocated for laws protecting the hairstyle hours before the supposed attack.

The reporter also used the claims by the Virginia girl’s family — which runs a “natural” cosmetics company that the reporter has previously promoted on air — as justification for the laws.

Amari Allen told her family on Sept. 25 that three white boys had held her down on the playground and called her hair “nappy.” Allen also said the boys called her “ugly” and an “attention-seeker.”

“Thank you for being a trailblazer,” she told a politician who introduced a bill in Montgomery County, Maryland. “I hope [Prince George’s County, Maryland] is next! … It’s sad that laws like this have to exist for people to just be themselves.” 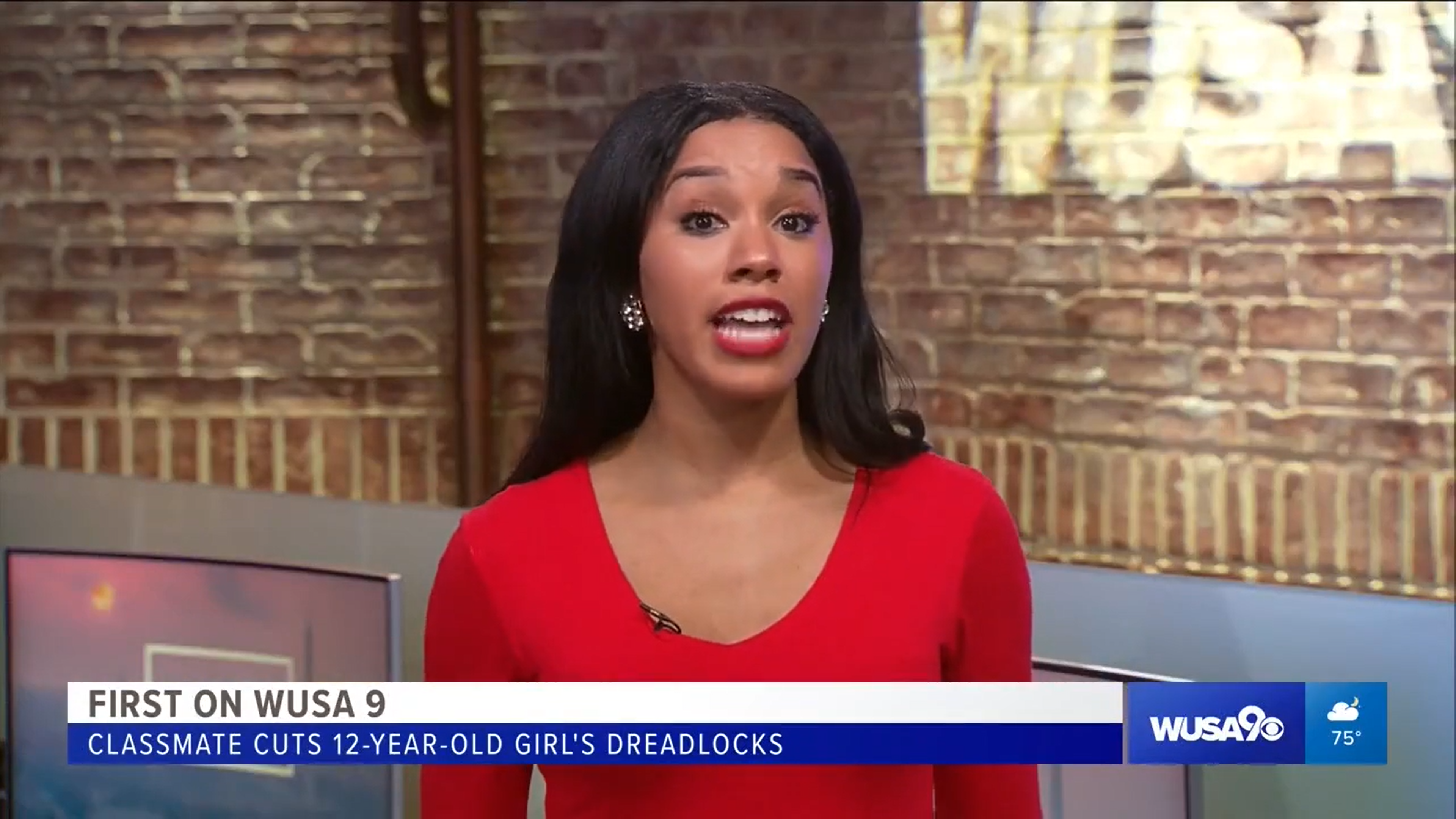 The family was filming with Turner the next day. That led to coverage across the country, including in The New York Times.

Turner co-authored a Sept. 26 story online with the headline: “Sixth-grade boys pin down classmate, cut her dreadlocks calling them ‘ugly’ and ‘nappy’ at Virginia private school.”

“This why we need the #CrownAct to protect little girls like Amari Allen,” Turner tweeted on Sept. 27.

The “Crown Act,” as introduced in various jurisdictions, is designed to protect “natural hair,” or dreadlocks, from discrimination. Advocates sometimes call the hairstyle a “crown.”

The Allen family — grandparents Cynthia and Dewaune and aunt Lakeisha Allen — run a beauty company called “Still Natural,” and for years on Facebook, Lakeisha (who goes by the name Zyonn on the online platform) has posted pictures of herself and other people with dreadlocks, mentioning “natural.”

Turner promoted the Allens’ cosmetic line in a September 2018 news segment and an accompanying article headlined “Domestic violence survivor develops cosmetic line to inspire others.” The playground assault articles did not mention an existing relationship between the reporter and the subject. 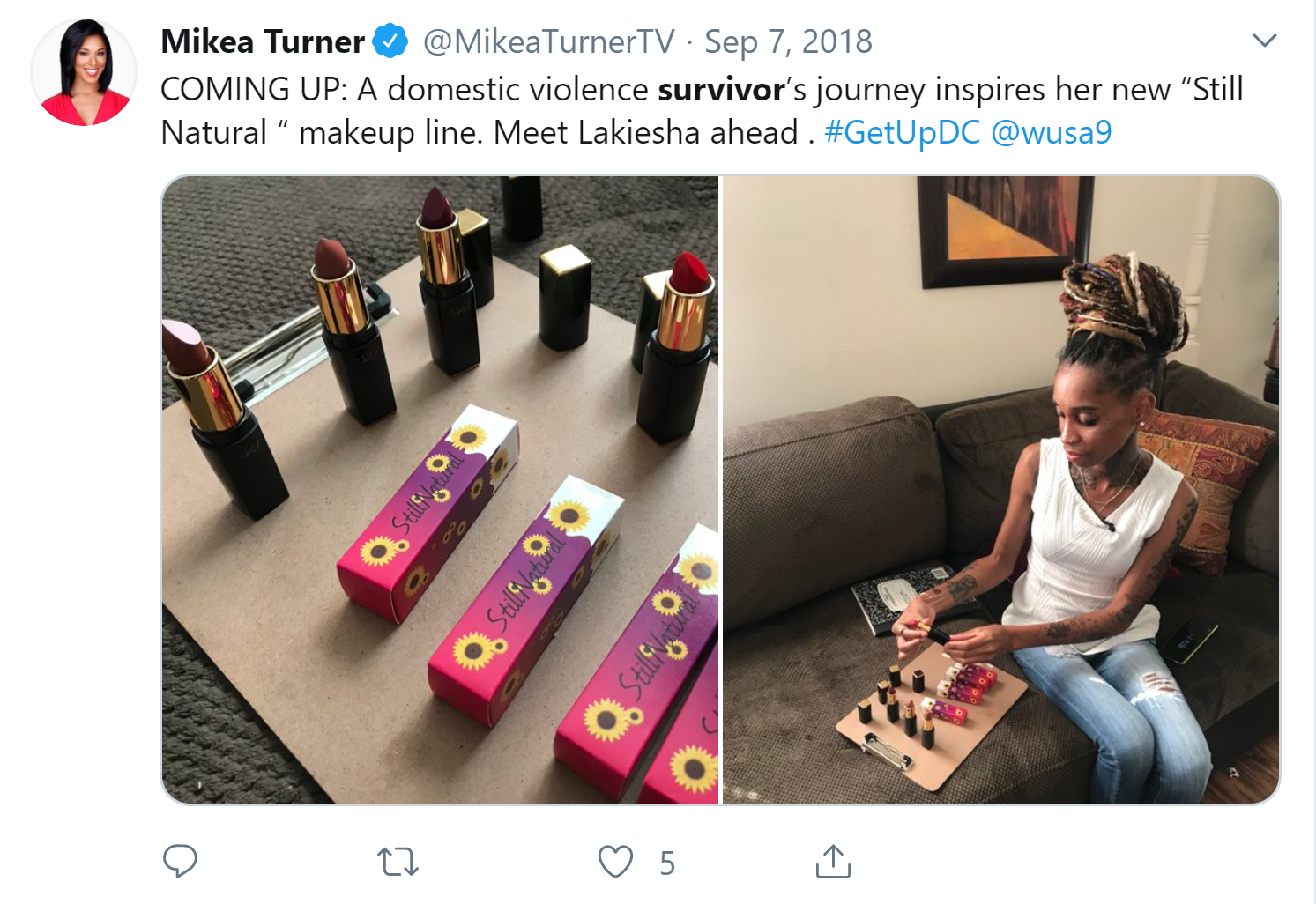 Three boys cut Amari’s deadlocks on Sept. 23 but she did not tell anyone what happened until Sept. 25, according to the story. The Washington Post reported that that came after Lakeisha questioned her about why her hair was different.

“I hate that we had to tell you about it just days after I got real about hair discrimination,” WUSA anchor Lesli Foster said, adding that the boys should be “ashamed … for the rest of their lives.”

Following her Sept. 26 story, Turner tweeted relentlessly about the supposed attack and even helped collect gifts for the girl. She said she was scheduled to be off work but came in anyway to pursue Amari’s case.

WUSA ran stories about the alleged schoolyard bullying incident on Sept. 26, 27, 28 and 29

Apparel such as T-shirts saying “Justice For Amari” was quickly made up, and Lakeisha promoted them, saying “JUSTICE FOR AMARI!”

Turner ran two segments with Amari and her family on Sept. 29. In the first, she questioned why the school had not finished its investigation and punished the students.

“You found out on Wednesday and notified the school almost immediately. They told you they’re not going to notify you about disciplinary action until Monday. How do you feel about having to wait that long?” she said.

In the next segment, four people with “locs” from Richmond, Virginia — where Allen’s extended family lives — appeared on set to give Amari presents, while Turner put her arm around her.

Facebook posts reviewed by the Daily Caller News Foundation show that Lakeisha is involved in the “natural hair” movement. She comments about doing others’ dreadlocks and advises that “your going to look Amazing with micro braids!!!” Cynthia also comments about dreadlocks on Facebook, commenting on one man’s picture, “your hair is beautiful.”

The family recanted Monday after video proved the assault could not have occurred.

WUSA then deleted all articles and video about the story. It redirected the URLs of some articles to a six-paragraph story (plus statement from the school and family) that said, “Girl who accused boys of pinning, cutting her hair, said she made the story up.”

WUSA omitted the names of both the Amari and her grandparents from that story, despite the family having embarked on a national media tour to promote the allegations. “Due to the girl’s age and the circumstances, WUSA9 is no longer using the identity of her or her family,” it said. 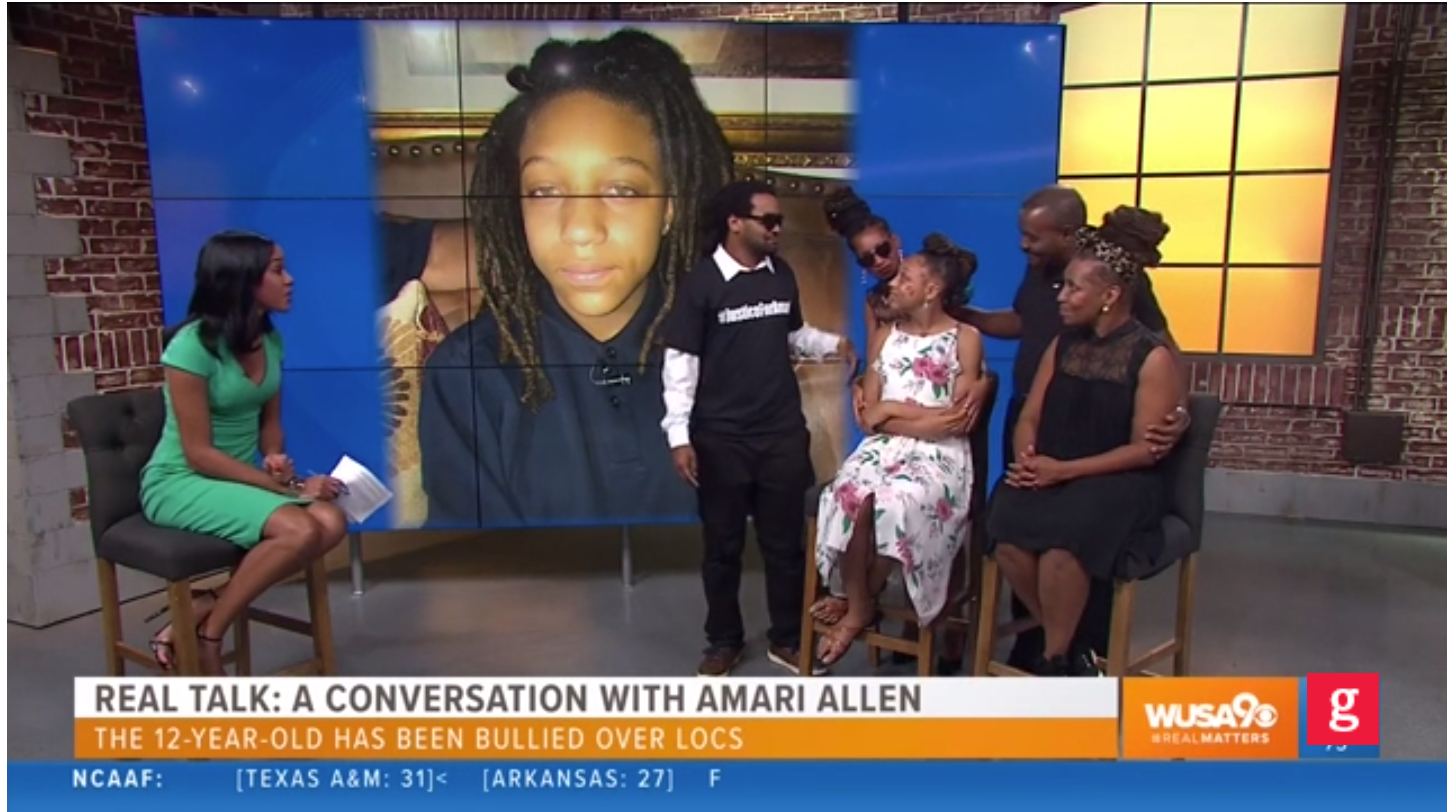 Turner deleted some of her tweets and all of her Facebook posts about it and issued only one tweet noting that it never happened. (RELATED: Is The Reported Federal Investigation Into Jussie Smollett’s White-Powder Letter Still Ongoing?)

WUSA is a CBS affiliate owned by TEGNA.

Station manager Michael Valentine did not explain to the DCNF why it would heavily promote the identity of a family when they were accusing others of racism, but conceal their identities when the story became them falsely accusing others.

“The digital headline question did not include appropriate attribution and we have corrected that,” he said, but otherwise gave no indication that the news outlet believed it made errors in judgment.

Sgt. James Curry said he could not provide information on whether the Allens would be charged with filing a false police report or why or why not.

“I can’t provide any comment on this particular case, but it would be a case by case situation” to determine whether someone faces criminal charges for lying to police, he said, adding “typically we’d present it to” prosecutors to evaluate.