The State Department ordered the U.S. ambassador to the European Union not to appear Tuesday for an interview with House committees involving the impeachment inquiry into President Donald Trump.

Gordon Sondland, who was appointed by Trump, is a key figure in Trump’s July 25 phone call when the president asked Ukrainian officials look into former Vice President Joe Biden and his son Hunter, NBC News reported. Sondland previously agreed to speak with the committee, his lawyer said.

“Ambassador Sondland had previously agreed to appear voluntarily today, without the need for a subpoena, in order to answer the Committee’s questions on an expedited basis,” Robert Luskin, Sondland’s attorney, said in a statement according to NBC News. 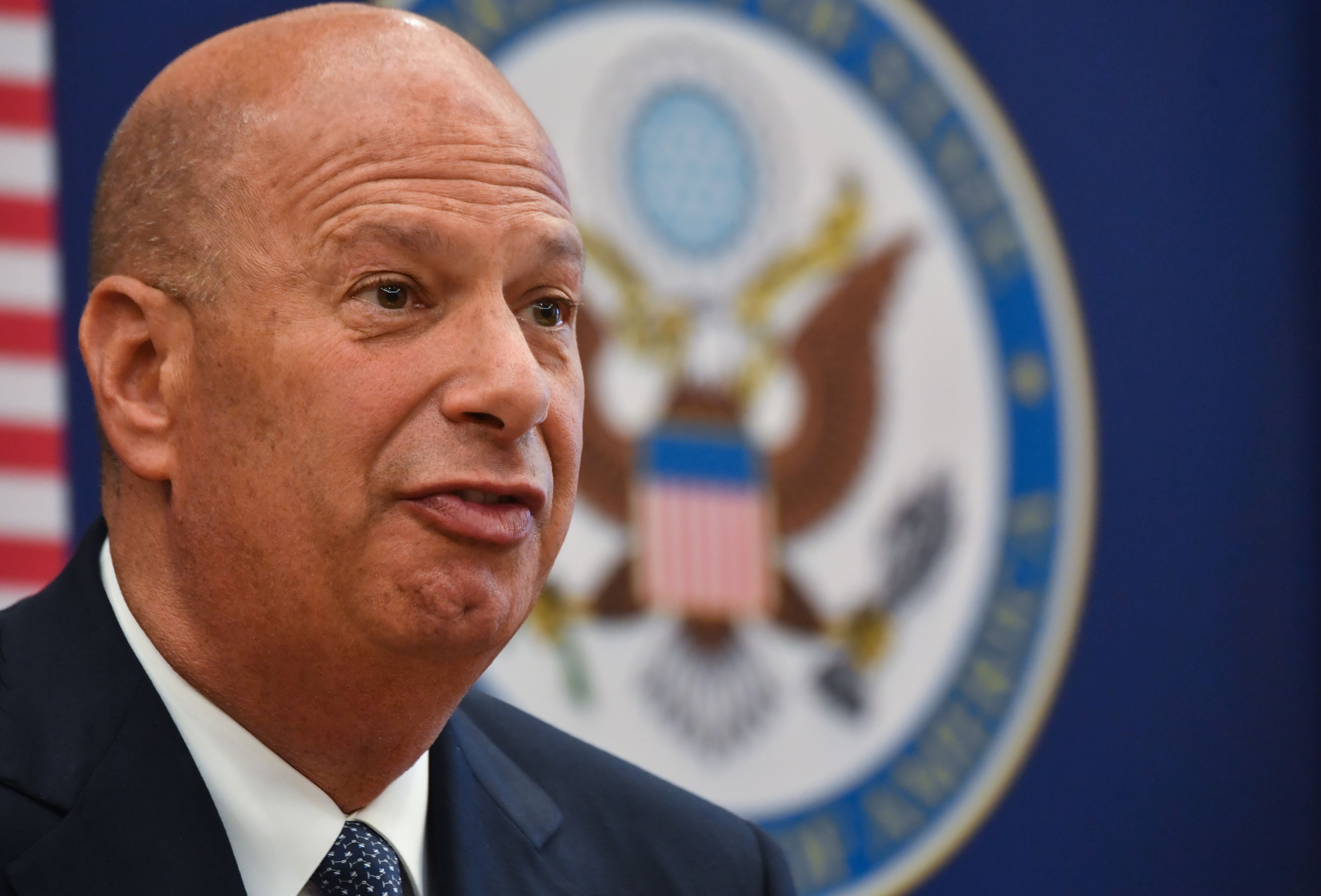 Gordon Sondland, the United States Ambassador to the European Union, adresses the media during a press conference at the US Embassy to Romania in Bucharest September 5, 2019. (DANIEL MIHAILESCU/AFP/Getty Images)

“It is hard to overstate the significance of not just Ambassador Sondland’s testimony and documents but the testimony of others as well,” Democratic Chairman of the House Intelligence Committee Rep. Adam Schiff said Tuesday morning after Sondland was barred from testifying. “The failure to produce this witness, the failure to produce these documents, we consider yet additional strong evidence of obstruction of the constitutional functions of Congress, a pro-equal branch of government.”

Sondland and another diplomat wrote in text messages that Ukrainian President Volodymyr Zelensky’s decision to begin the investigation that Trump requested was based on if he would be allowed to visit the White House. The messages were later given to Congress.

“We know from those text messages that diplomatic personnel raised a concern with him that military assistance was being withheld to secure help from Ukraine in the president’s reelection campaign,” Schiff said Tuesday. “We know that Ambassador Sondland had at least one discussion with a fellow diplomat on that very subject of why military assistance was being withheld.”

“We know Master Sondland was a key player in efforts to obtain a commitment from Ukraine to investigate a bogus conspiracy theory about the 2016 election as well as Joe Biden and his son,” he said. (RELATED: Schiff Knew Of Whistleblower Complaint Before It Was Filed)

The State Department did not immediately respond to a request for comment from the Daily Caller News Foundation.