The only way to correct the inevitable failure of the libertarian movement is through a deeper appreciation and love for family, church, community, and nationality. For too long, these centers of civic life that strengthen the individual and diminish the state have been neglected.

In its early days, the libertarian movement (if it even was a movement then) knew what it was lacking most: people. But by the heyday of the Ron Paul years, this was still largely the goal — eternal growth, though the mindset largely inclined toward attracting more women and minorities.

From the internet to real life, what made spreading the message so contagious and addicting was not just how fast, easy, and cheap it was, but also the feeling it produced of belonging to something bigger than oneself. (RELATED: Get A Grip On Reality, Libertarians — Start Winning Some Elections!) 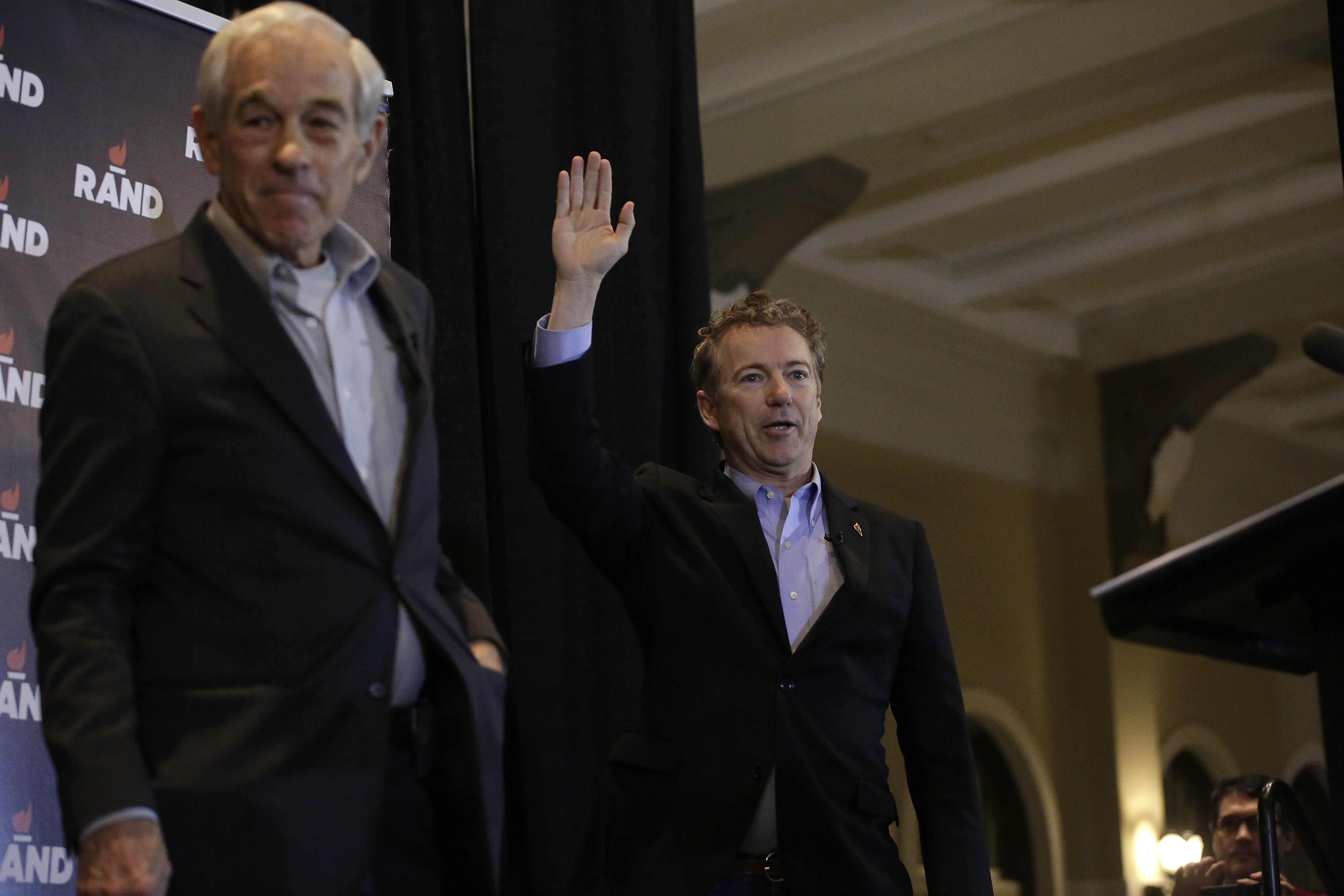 Ironically, this feeling should have inspired greater insights into how to truly press forward the libertarian vision, but instead it was too often derided as a guilty pleasure by those obsessed with being anti-collectivist.

As a result, atomistic libertarianism that promoted “anything peaceful” ruled, and the movement became sterile. It didn’t matter that there were complementary strategies of education and political activism, or even that there was a Free State Project or voluntarist communes popping up. The movement hit the ceiling as far as winning over people to its message.

Today, the foreseeable future of American politics is uncontested increases of power in Washington, DC. All the more troubling is how many libertarians ignore or even encourage the cultural rot that makes fertile ground for this centralization. 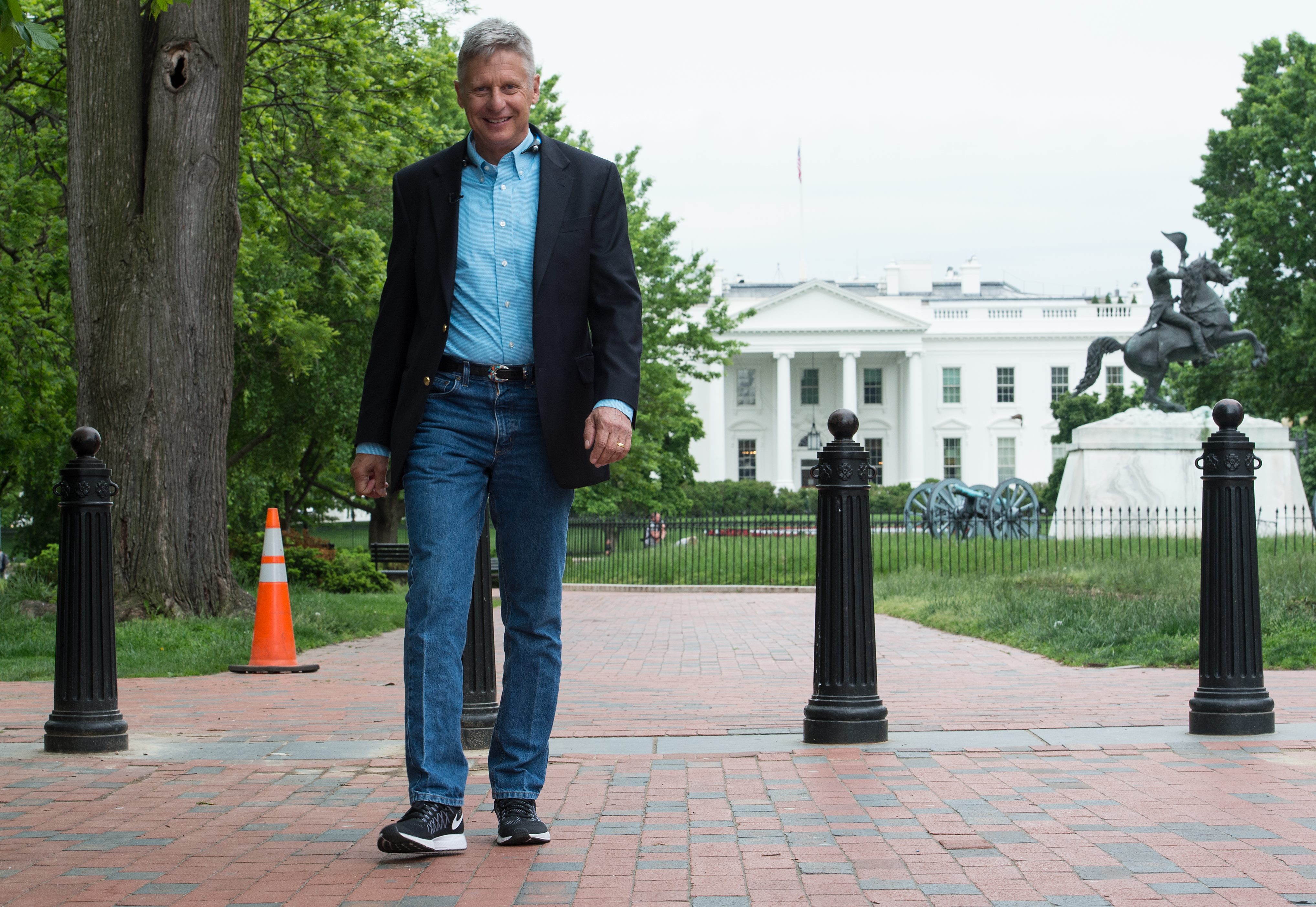 US Libertarian Party presidential candidate Gary Johnson walks in Lafayette Park across from the White House during an interview with AFP in Washington, DC, on May 9, 2016. Former New Mexico Gov. Gary Johnson is running for president as a Libertarian, just as he did 2012 when he managed to get 1.2 million votes. Regardless of his chances of a win, Johnson is reaching out to undecided Republican voters who are looking for a third-party option and are unconvinced that Donald Trump is the answer. / AFP / Nicholas KAMM

Rejecting the traditional centers of civic society, particularly church and family, is a big part of popular culture and not a small part of the libertarian culture as well. Libertarians who underestimate those institutions as forces against statism are kidding themselves. Neither should libertarians belittle the preservation of nationality or cultural inheritance for the same reason. (RELATED: OPINION: The Libertarian Party Reduces Liberty)

To the detriment of their cause, some libertarians sneer at these social structures and retreat to more familiar ideological territory. The individual owns himself and has natural rights, yes. But he is also the product of his family, religion, and communities.

The state has a vital interest in usurping or quashing those structures, because it craves control, even over an individual’s sense of purpose. It is no coincidence that as more people have detached themselves from those institutions, the state has rapidly gained support.

On the one hand, it is readily acknowledged that the welfare state crowded out private charity. But for some reason, it is less widely accepted that the state has supplanted the family and church, which inspired voluntary giving in the first place.

Think of it in terms of libertarian strategy if nothing else.

Resistance to the state will have to come from the bottom-up. The strongest communities will lead the way, refusing cooperation with federal agencies. Such a route via nullification is already emerging, though it is heavily partisan, regarding immigration and marijuana most notably. (RELATED: OPINION: John Kasich Needs To Own Up To Medical Marijuana Implementation Delays)

Decentralization in politics has much greater potential than that, however, if enough solid communities are developed. That requires upstanding families and a transcendent bond among neighbors, most often nurtured within a church. 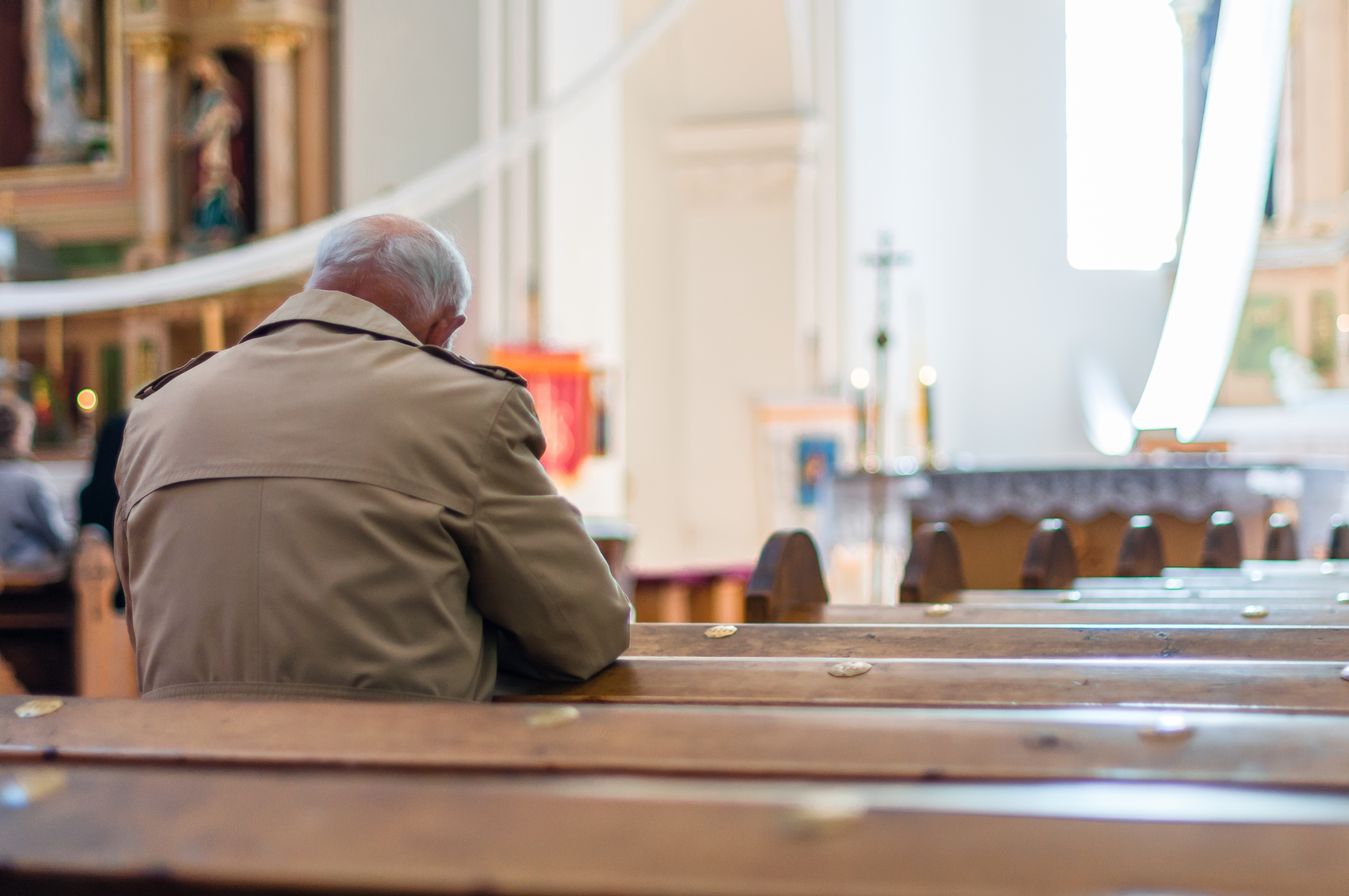 The LGBT community, as an example, is not a real community. Politics is the most popular outlet for a contrived sense of belonging. But there is no posterity-serving community subsisting in activist groups.

As Christian O’Brien and Lex Villena of 1791 might put it, “[without] a transcendent ideal,” such a community is “a tool without a function.”

Beyond practical strategy, it can hardly be denied that resistance to the state would be magnified if the people were fighting for something, not just against the state’s illegitimacy, though that is noble on its own.

Fighting for liberty won’t cut it unless that word means more than its abstraction. Here again, the institutions in which people find meaning must be considered. Our society is aware of the crisis in meaninglessness, but the top-down solutions amount to little more than binge-watching TV, welfare, or opioids, if not women’s marches or the like.

Witness the dramatic rise in deaths of despair, suicide, and drug- and alcohol-related deaths. The crisis of social isolation in America, where 25 percent of people say they have no one to confide in, and where 75 percent of people struggle with loneliness, is also related.

Libertarians ought to be interested in how Americans dealt with loneliness in the pre-welfare state days of the late 19th century.

“God will be with me” or “I’ll use this time to improve myself” were often sentiments expressed in diaries, letters, and memoirs, according to Susan Matt, a co-author of the book, “Bored, Lonely, Angry, Stupid: Changing Feelings about Technology, from the Telegraph to Twitter.”

Those sentiments couldn’t be more different from today’s nihilistic coping or victimhood-relishing. Were people just thicker-skinned and tougher back then? Probably yes, but they weren’t just rugged individualists. They had traditional institutions. (RELATED: Seven Reasons Progressives Should Be More Libertarian)

That the state is poised to grow as the people lose their sense of meaning should stir libertarians to their core. The only thing more frustrating than the state has got to be its permanence, which is all but guaranteed if libertarians fail to tell a better story.

It’s been over two years since Mises Institute president Jeff Deist challenged libertarians to do just that.

“A story in which the state is not the main character,” he said, is formed by “our connection with ancestors, and our concern for progeny.”

The battle against statism is a long one. But Hans-Hermann Hoppe was also right to say, “we want guerrilla warfare rather than conventional warfare.” Therefore, libertarians should prioritize marriage and having kids, or otherwise contribute to churches or community centers that uphold the kind of environments that help children thrive. Or perhaps at least they could start by opposing the drag queen story hour at the local public library. 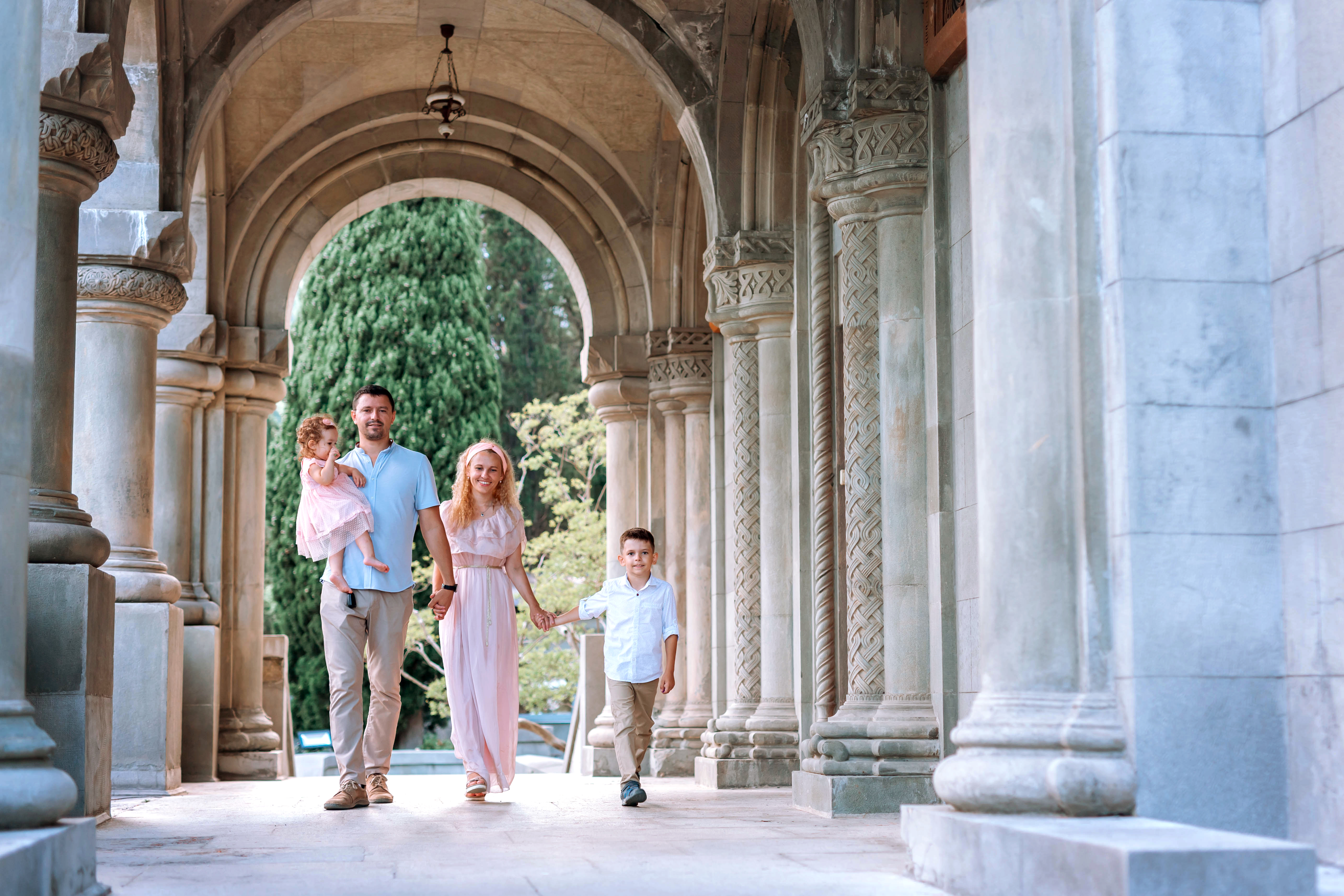 Finally, libertarians should engage with nationhood and see it as a healthy institution against the state. Murray Rothbard wrote that the nation is the “third and much neglected aspect of the real world” after the individual and the state.

Pursuing a libertarian nation is, of course, a further goal in the bottom-up revolution. But it bears mentioning here, because it would be a logical extension of the communities that serve their families.

Nations can be of almost any size, defined by one or more ethnicities, languages, religions, or any mixture of these cultural aspects. They can have closed or open borders, though under full privatization, they would probably not have unconditionally open borders.

Thankfully, the principle of subsidiarity is understood in the U.S. republican tradition, captured succinctly by the Tenth Amendment of the Bill of Rights. As previously noted, nullification is emerging as a go-to tactic across the country already. Secession isn’t the necessary next step, but it should always be an option.

With these institutions in mind, libertarians can combat leftists pushing communistic equity, while also not forfeiting to rightists the importance of economic laws and a societal order based on property rights. More than ever, it is time not to yield to evil, but to proceed ever more boldly against it.