Rice was responding to a question about whether the U.S. has “clarified its position” on Turkey in Syria “clearly enough” when she said, “Yes, the position is: green light.”

Shout out to @margarettalev for a great conversation this morning @Axios on Syria, the Nobel prize and #ToughLove — thanks for having me and for everyone who came out! https://t.co/TVYoJI2Bzd

“I think there’s been an effort to try to clean up a huge mess that the president made with his base here in Washington,” she said. “I think it’s absolutely political. … First of all, the president gave Erdogan the green light on the phone.”

“We continued to provide them aerial imagery through Monday when the offensive was about to begin. We did nothing to defend the Kurds when they were under assault from the air and deliberately ordered U.S. military personnel not to intercede to help the Kurds. Now, we’re just having a few more days of the normal Trump bluster about, you know, ‘I didn’t tell them [they] could do that,'” Rice continued.

President Donald Trump said the U.S. “in no way” has “abandoned the Kurds” after Erdogan announced his “Operation Peace Spring” offensive.

.@margarettalev: Do you think the U.S. has clearly sent a message to Turkey on its position in Syria?@AmbassadorRice: Yes. The position is green light. #Axios360 pic.twitter.com/Tv4MeJWZFc 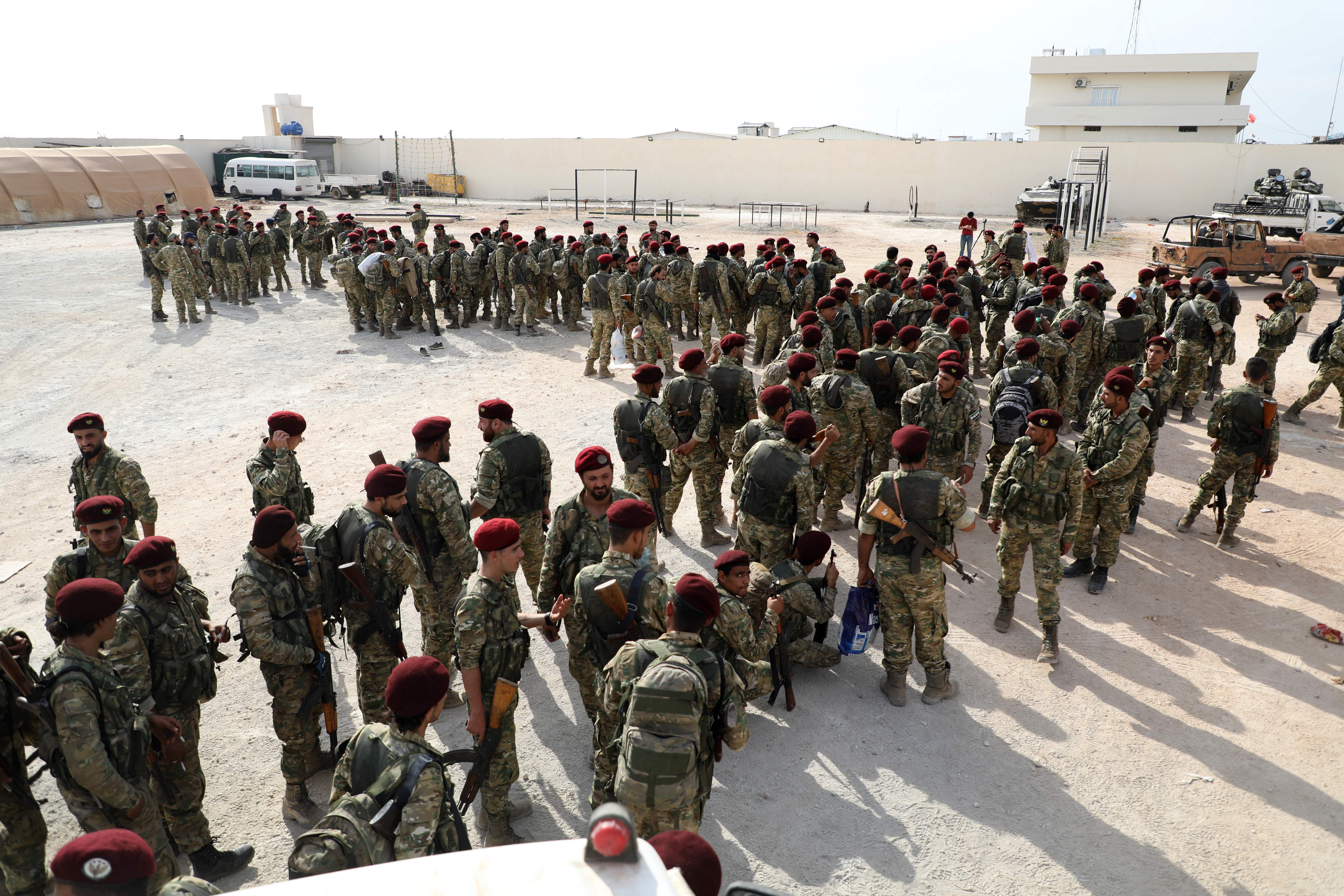 Turkish-backed Syrian rebels gather in Hawar Killis in the northern countryside of Syria’s Aleppo province on October 11, 2019 as they prepare to take part in Turkey’s invasion of northeastern Syria. (Photo by Zein Al RIFAI / AFP via Getty Images)

“The United States does not endorse this attack and has made it clear to Turkey that this operation is a bad idea,” he added. “There are no American soldiers in the area. From the first day I entered the political arena, I made it clear that I did not want to fight these endless, senseless wars — especially those that don’t benefit the United States.”

Secretary of State Mike Pompeo said the U.S. did not green-light Turkey’s offensive in Syria in a Wednesday interview with PBS NewsHour. (RELATED: Lindsey Graham: ISIS Fighters Have A ‘Second Lease On Life’ Because Of Trump’s Withdrawal From Syria)

Trump said during a Wednesday press conference he would “wipe out” Erdogan’s economy if his forces in Syria decimate the Kurdish population. The Kurds, an ethnic group, reside in Turkey, Iran, Iraq, Syria and Armenia.