The demonstrators were hoping to use the occasion to highlight China’s draconian response to the Hong Kong pro-democracy protests and the National Basketball Association’s (NBA) tepid reaction to the Chinese crackdown on civil rights in the former British protectorate. They donned t-shirts emblazoned with “Free Tibet” and carried a banner that stated: “Tsai & LeBron: Morey was right, NBA: Stand for freedom,” according to a news release. 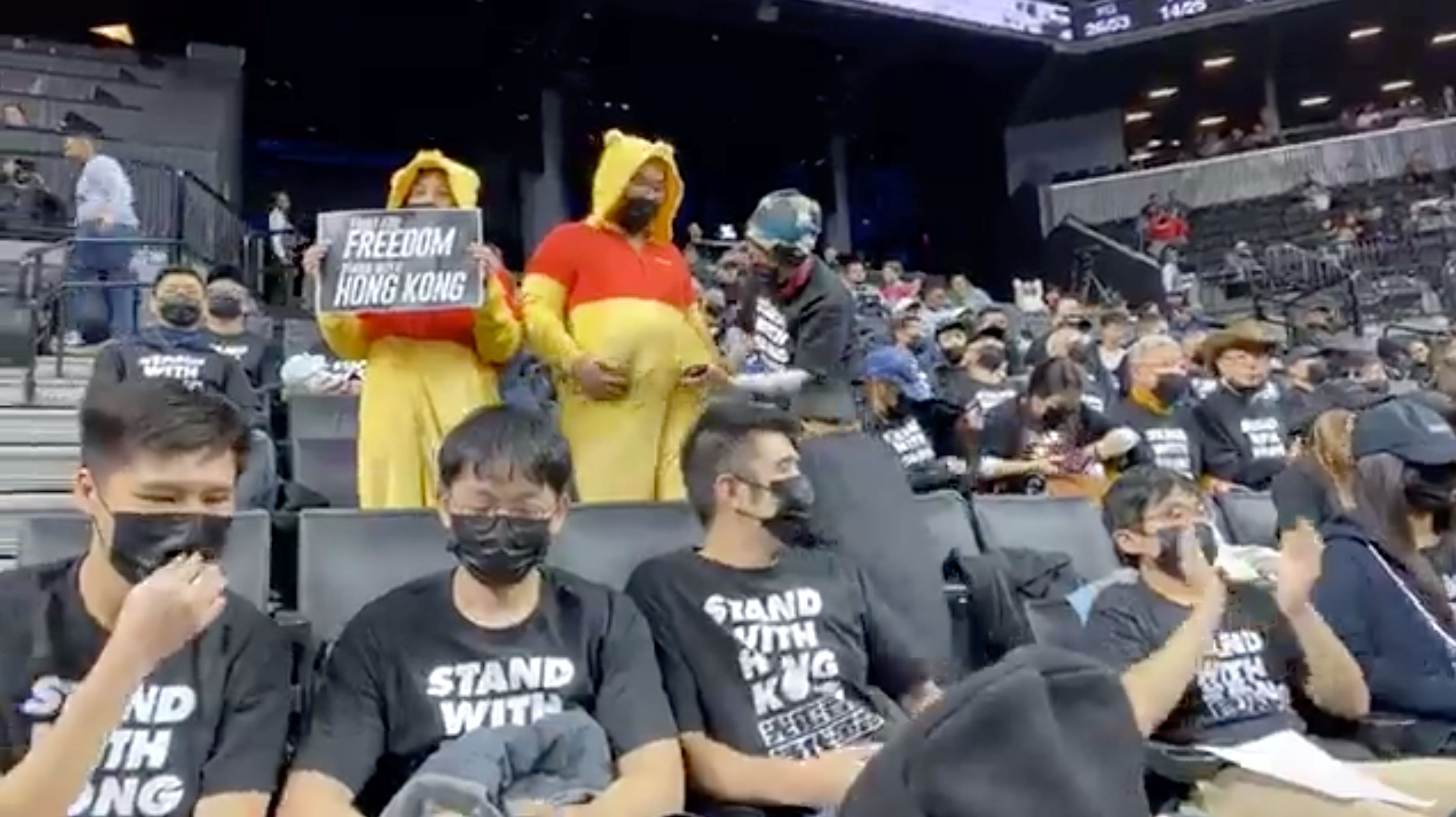 Pro-democracy protesters supporting Hong Kong are seen on the stands of Barclays Center during a game between the Brooklyn Nets and Toronto Raptors, in New York City, New York, U.S., Oct. 18, 2019 in this still image obtained from social media video on Oct. 19, 2019. NY4HK – New Yorkers Supporting Hong Kong /via REUTERS

Los Angeles Lakers star forward LeBron James has been critical of anyone in the basketball league who has condemned the Chinese suppression. (FLASHBACK: LeBron James: ‘I Have A Platform’ To Speak Out Against ‘Something That’s Unjust’)

Although James said in an interview that he is privileged as a sports celebrity to have “a platform” to speak out against things that are “unjust” or “wrong,” he has chosen to not speak out against China’s actions in Hong Kong, saying instead that the NBA should not be ostracizing the communist state due to potential financial ramifications for the league.

NBA star LeBron James discusses how his celebrity status allows him to be “a voice” for the dispossessed, July 30, 2019. Twitter screenshot

China invests heavily in the NBA, and James has an endorsement deal with Nike — also a source of Chinese investment — that  reportedly could bring him as much as $1 billion in revenue.

James suggested that Houston Rockets general manager Daryl Morey, who tweeted his support of the Hong Kong protesters, was “not educated.”

“It is crucial people of conscience around the world speak up for Hong Kongers who are battling for their freedom right now … carrying out an unprecedented human rights crackdown” said Tenzin Dorjee, the senior researcher and strategist at the Tibet Action Institute, according to the news release. (RELATED: Tucker And Patel: NBA Takes A Stand Against Freedom)

The campaigns and communications director for Students for a Free Tibet said that LeBron James is “on the wrong side of history on this issue. The NBA, as well as corporations and people everywhere, should resist the oppressive influence of the Chinese government,” said the group’s director, known as Sonamtso, according to the news release.

Some Hong Kong protesters are registering their anger with James by trampling and setting fire to his Lakers jersey.