Ladies and gentlemen, I’ve found myself in some kind of bizarre feud with South Carolina football fans.

As everybody who watches college football knows, my Badgers lost to the Illinois Fighting Illini on Saturday. It was one of the greatest upsets in the history of college football. I’m not happy about it, it’s unacceptable and we have to do better. (RELATED: David Hookstead Is The True King In The North When It Comes To College Football)

For some unknown reason, South Carolina fans decided it was a good idea to pop off after the loss. Yes, fans from South Carolina, a program that has won three games this season, thought they should insert themselves into the Big 10 football conversation.

This is the first e-mail I got after Wisconsin lost in humiliating fashion: 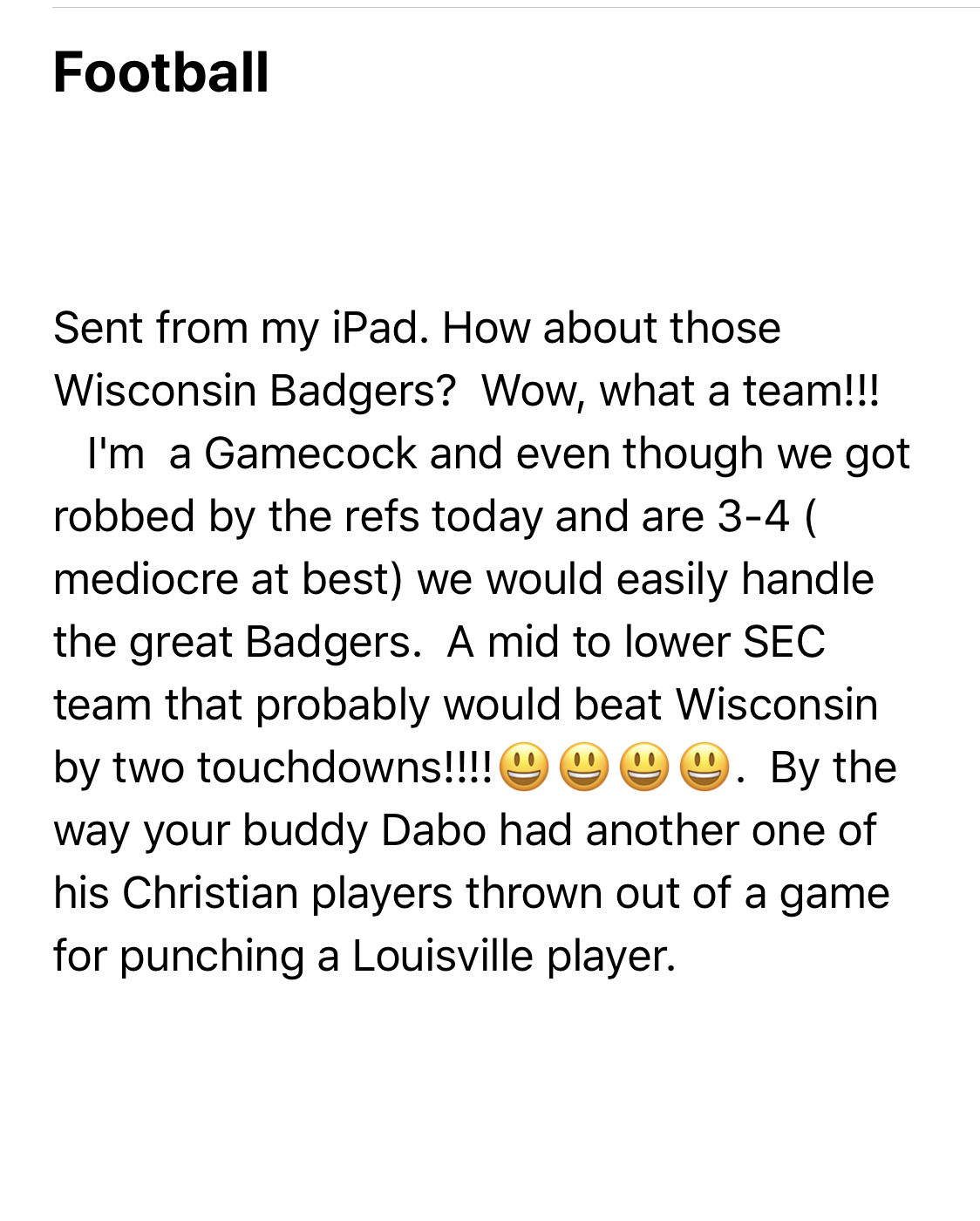 I thought about not responding, but I’d had enough. After a quick Google search, I realized just how bad South Carolina has been historically, and hit them with some facts. 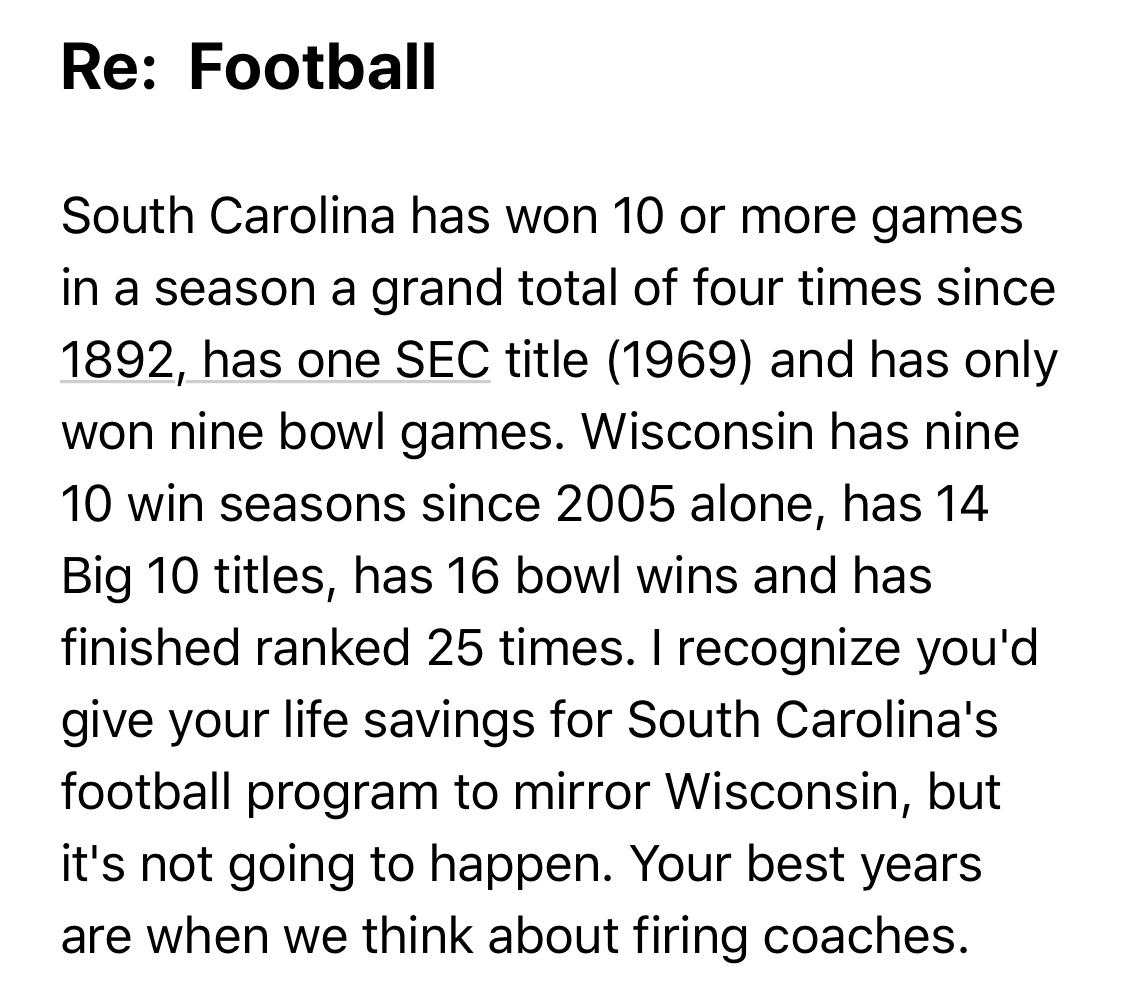 Below are their next two e-mails:

Here was my next response, which I thought was very fair:

Now, I want to be crystal clear here. I have no idea at all why people who cheer for the Gamecocks are coming for my throat.

It’s not the same conference, we don’t play each other and our respective campus are 951 miles apart. What the hell is going on that South Carolina fans are trying to start a war with Wisconsin.

Last time I checked, people below the Mason-Dixon line didn’t exactly do well the last time they instigated a dust up with the north.

Wisconsin has finished the season ranked 25 times. The Gamecocks have only done that nine times. The numbers aren’t even close.

Look, I know a lot of South Carolina fans. I know a ton of them, especially when you consider the fact I’m from Wisconsin.

They’re good people. They like to party, they love beer, they’re passionate people, they love their football and they’re always a good time.

I want to be crystal clear on this topic when I say I have nothing against South Carolina fans at all. I respect the hell out of them, and I don’t want people thinking I don’t.

Having said that, these South Carolina fans in my e-mail are fixing to start a war between fan bases and programs they can’t possibly win.

Like I said during the exchange, South Carolina’s best years are when we consider firing coaches. We’re a dominant team. South Carolina just hopes to make a bowl game.

That’s the difference, and I think most fans of the Gamecocks understand that. I have no interest in a war with the good people of South Carolina.

I really don’t, but I will defend the Badgers at all costs.

I also have been very complimentary of the Gamecocks and Ryan Hilinski. Who was the first person to congratulate them after a big win over Georgia?

To all the good people of South Carolina, I suggest you start policing your own before this situation gets nasty. I’ve destroyed programs and careers before. I have no interest in doing it again, but I will end South Carolina like it’s a casual afternoon activity if this keeps up.

Stay in your lane, win your six games and leave winning titles to the big boys.

Never forget who is the true King in the North when it comes to college football. pic.twitter.com/vtbKyAPdYe