A group of Republican congressmen sent a letter to CNN President Jeff Zucker for refusing to air President Donald Trump’s campaign ads on the network.

“As a press organization utilizing the freedom of the press guaranteed to you in the First Amendment, it is particularly disheartening to see you suppressing the free speech of federal political candidates, potentially in violation of federal law and Supreme Court precedent,” the letter reads. (RELATED: CNN Won’t Air Trump’s Ad On Biden’s Ukraine Troubles, Saying It Mocks Anchor Chris Cuomo)

“As your news organization seems to have lost all sense of objectivity, spinning itself into oblivion to support left-leaning candidates and participating in distortions against conservative candidates, you have still operated within the boundaries of the First Amendment. CNN has the right to spout your political commentators’ opinions while millions of Americans change the channel to something else,” the letter continues. 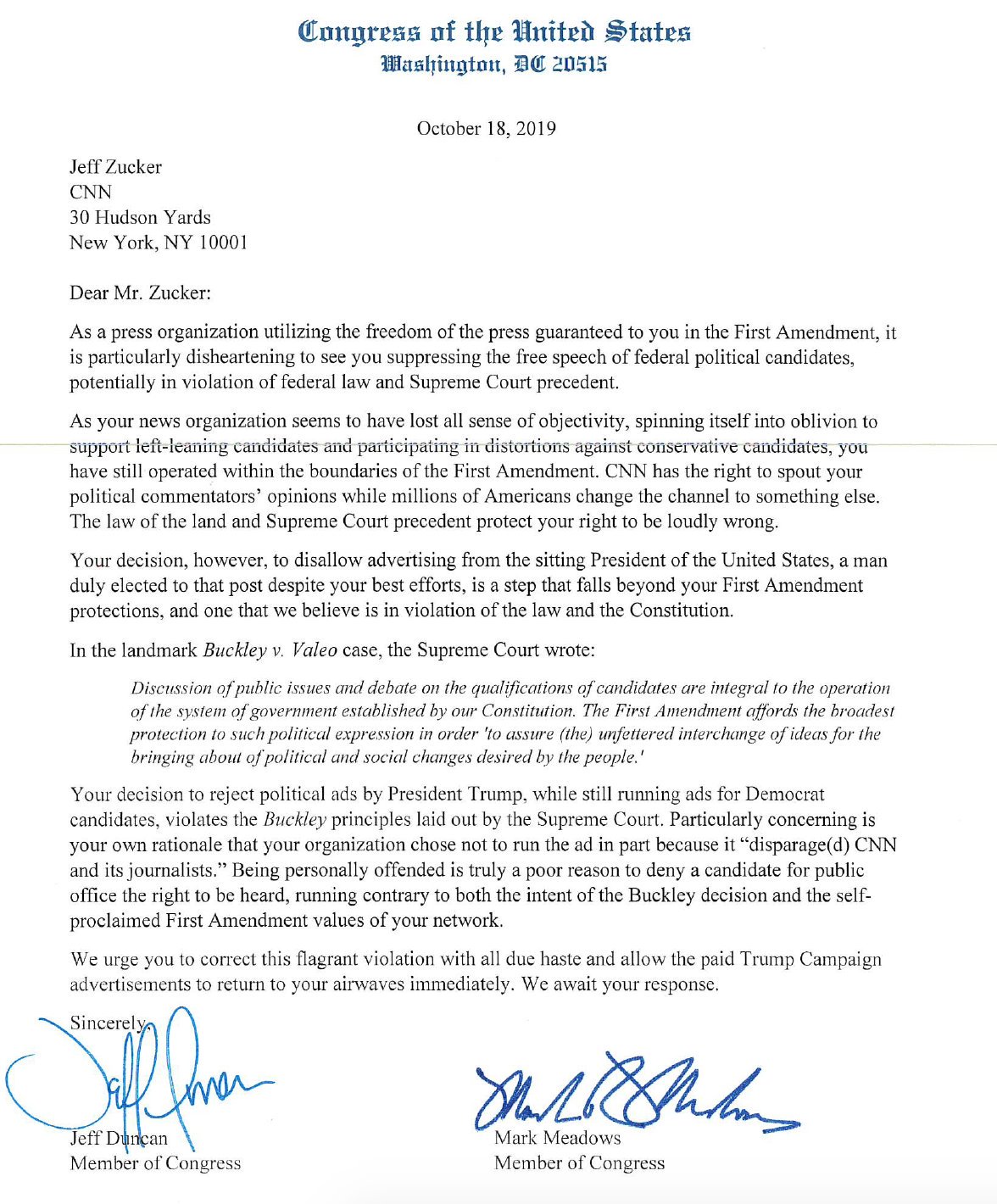 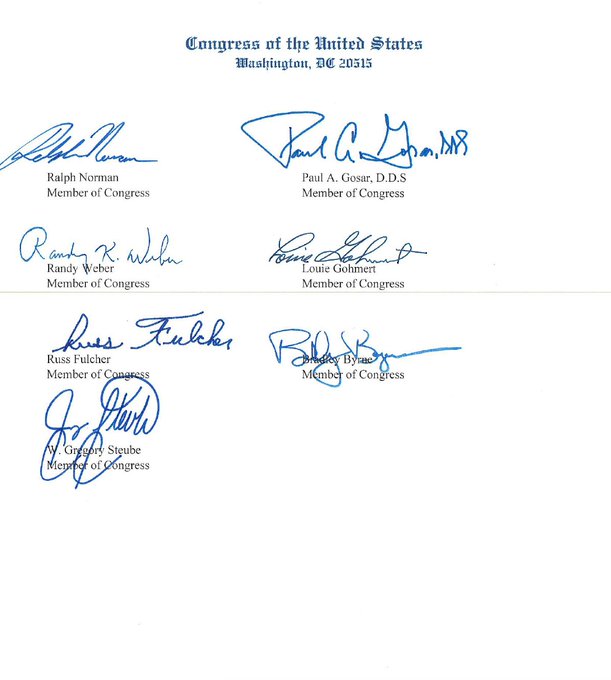 The lawmakers said that CNN’s decision goes beyond First Amendment protections and that is in violation of the Constitution. The official message comes just days after Trump’s campaign lawyer threatened a lawsuit against the network in a letter Wednesday, accusing the network of violating multiple laws. (RELATED: Trump Threatens Lawsuit Against CNN)

“We urge you to correct this flagrant violation with all due haste and allow the paid Trump Campaign advertisements to return to your airwaves immediately,” the letter concluded. “We await your response.”