The House of Representatives voted 354 to 60 on Oct. 16 to condemn President Donald Trump’s pullback of U.S. troops from eastern Syria as “beneficial to adversaries of the United States government.” Democratic Rep. Eliot Engel of New York, chairman of the House Foreign Affairs Committee, proclaimed, “At President Trump’s hands, American leadership has been laid low, and American foreign policy has become nothing more than a tool to advance his own interests.”

Engel hailed the resolution: “Today we make clear that the Congress is a co-equal branch of government.” But if Sigmund Freud was still around, he might be asking, “What does Congress want?” Boston Globe columnist Stephen Kinzer described Congress’s protest as “a classic example of ‘buffet outrage,’ in which one picks and chooses which horrors to condemn.”

Congress showed more indignation about a troop pullback than it has over the loss of American soldiers’ lives over the past 18 years. But the fury on Capitol Hill presents Trump a golden opportunity to reduce the bunkum permeating Washington and American foreign policy. (RELATED: Turkey Launches Military Offensive In Northern Syria As US Troops Leave The Region) 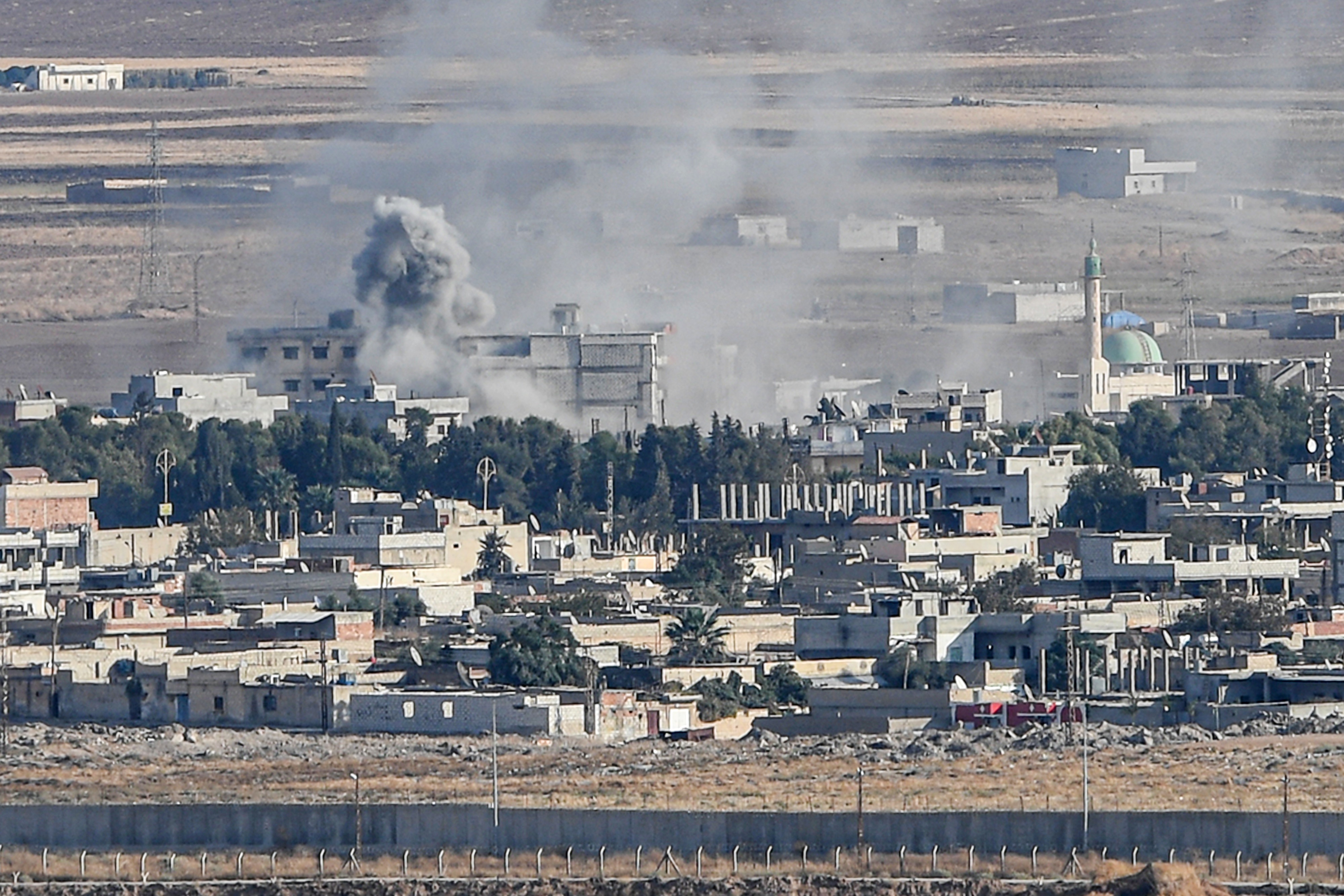 This picture taken on Oct. 15, 2019 from the Turkish side of the border at Ceylanpinar district in Sanliurfa shows smoke rising from the Syrian town of Ras al-Ain on the first week of Turkey’s military operation against Kurdish forces. (Photo by OZAN KOSE/AFP via Getty Images)

Trump should request that Congress formally approve a resolution to authorize the U.S. government to occupy eastern Syria for as many years as it chooses and to thwart any government and any terrorist, extremist, or radical group that has not recently been overtly or covertly supported by the U.S. government.

Putting forward a specific resolution would force Trump’s congressional critics to specify exactly what policies they seek to use American soldiers to enforce. For almost a decade, such policies have been shrouded in a cloak of presumed good intentions that ignored the carnage they spawned.

Trump’s critics would be aghast at the president asking Congress to support propping up terrorist groups in the Middle East. But, after Obama, former Secretary of State Hillary Clinton, and former Secretary of State John Kerry all publicly declared that Assad must exit power, the U.S. armed terrorist groups to topple Assad. The Obama administration’s beloved, non-existent “moderate Syrian rebels” achieved nothing. The Kurdistan Workers’ Party, the PKK, a prime beneficiary of the U.S. occupation, has been considered a terrorist group by the U.S. government since 1997. Evan McMullin, a 2016 presidential candidate, admitted on Twitter: “My role in the CIA was to go out & convince Al Qaeda operatives to instead work with us.” U.S.-armed terrorist groups involved in the Turkish invasion are freeing Islamic State prisoners. 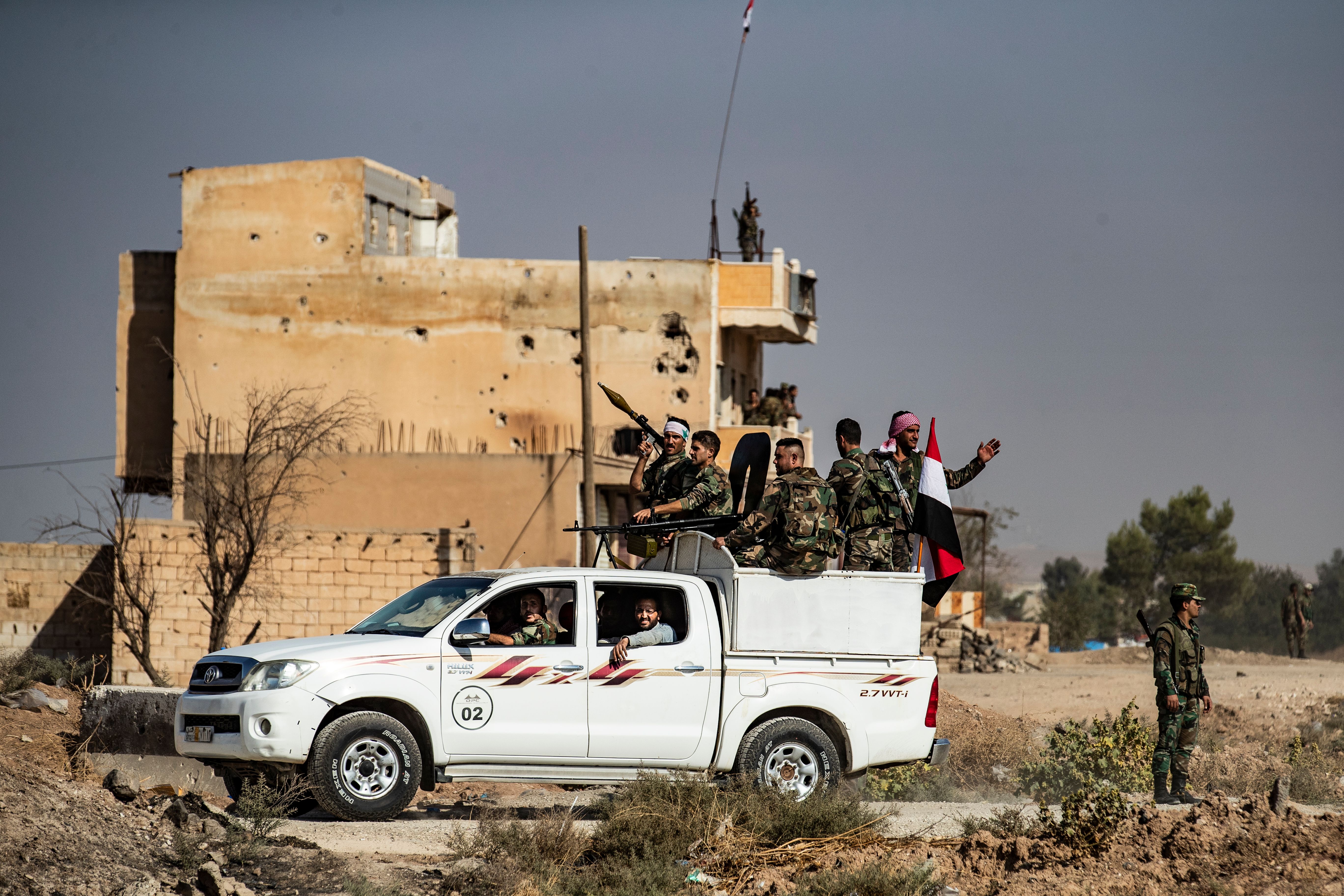 Syrian government forces arrive in the town of Tal Tamr, not far from the flashpoint Kurdish Syrian town of Ras al-Ain on the border with Turkey, which has been a key target of Turkish forces and their proxies since they launched their military assault, on Oct. 15, 2019. (Photo by DELIL SOULEIMAN/AFP via Getty Images)

The House resolution on Syria bewailed that Trump’s pullback benefits Russia. So nobody on Capitol Hill recalls this 2016 Washington Post headline: “Obama proposes new military partnership with Russia in Syria”? That proposal included “a U.S. promise to join forces with the Russian air force to share targeting and coordinate an expanded bombing campaign.” Coordination between the U.S. and Russian forces was key to vanquishing ISIS and other poxes on humanity. (RELATED: Moving Troops Out Of Syria Was The Right Call, And Trump Should Go Further)

Did the U.S. military occupation of eastern Syria (which was never approved either by Congress or the Assad government) confer some vast benefit on this nation or our foreign allies? If so, then it would presumably be worthwhile for the U.S. to drive out both the Syrian and Turkish armies, which have speedily occupied much of that area. Considering how previous presidents justified sweeping use of force from the 1964 Gulf of Tonkin resolution and the 2001 Authorization to Use Military Force, nobody in Congress will have a right to complain if Trump invokes the new congressional resolution to commence bombing both Ankara, Turkey, and Damascus, Syria. If Trump’s attack flattens at least 20% of that latter city, he can count on at least 72 hours of lavish praise from neoconservative pundits and The Washington Post editorial page.

A Trump request for authorization for military action might spur vigorous congressional hearings to expose the contradictions and absurdities that have permeated U.S. policy for almost a decade. How much evidence did the U.S. government possess that its policies would fuel the rise of ISIS? What strings did foreign governments pull to propel or perpetuate U.S. intervention? Congress is now indignant that Syrian civilians may suffer as the result of the pullback. But how many Syrian women, children, and men died as a result of U.S. policies that intensified and prolonged that nation’s civil war?

A Trump request for a formal resolution would pressure Congress to publicly discuss how many troops could justifiably be deployed and what exactly is the national interest in sacrificing American lives in Syria. That would cement Engel’s pledge of Congress being a “co-equal branch of the government.” That is also the type of candor and responsibility that has been absent in U.S. foreign policy for almost all of this century.