Trump took the podium slightly after his scheduled announcement time and made the official announcement, saying that DNA results had confirmed the reports that had begun circulating Saturday night. (RELATED: ISIS Leader Likely Killed In US Military Operation, Sources Say)

“Last night the United States brought the world’s number one terrorist leader to justice,” the president began. “Abu Bakr al-Baghdadi is dead. He was the founder and leader of ISIS. The most ruthless and violent terror organization anywhere in the world. The United States has been searching for Baghdadi for many years. Capturing or killing Baghdadi has been the top national security priority of my administration.”

Trump went on to say that he had watched much of the “daring nighttime raid,” conducted by U.S. Special Operations forces, and noted that although a number of Baghdadi’s men had been killed, no American operators had been lost. 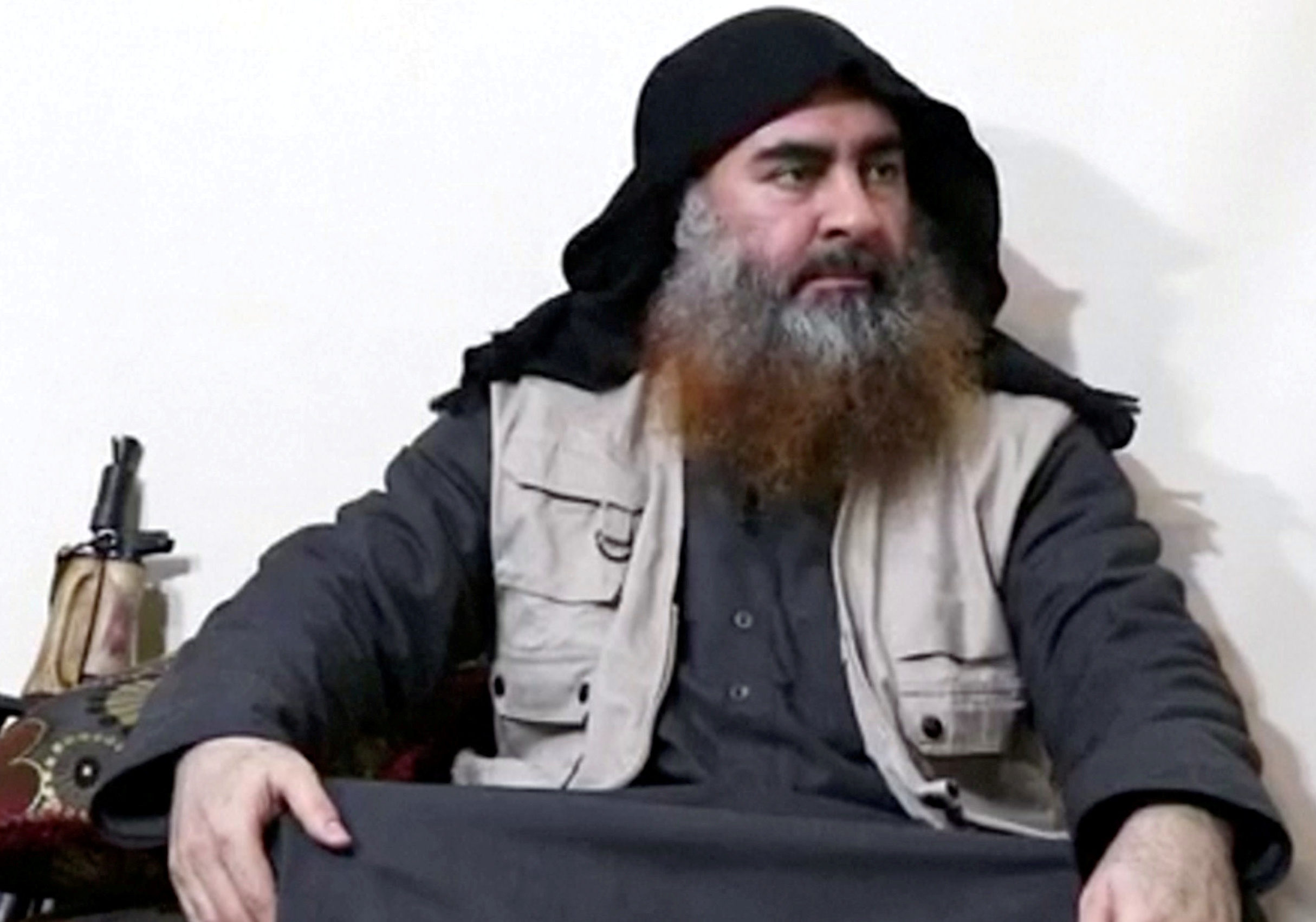 A bearded man with Islamic State leader Abu Bakr al-Baghdadi’s appearance speaks in this screen grab taken from video released on April 29, 2019. Islamic State Group/Al Furqan Media Network/Reuters TV via REUTERS. THIS IMAGE HAS BEEN SUPPLIED BY A THIRD PARTY. THE AUTHENTICITY AND DATE OF THE RECORDING COULD NOT BE INDEPENDENTLY VERIFIED BY REUTERS.

“He died after running into a dead end tunnel, whimpering and crying and screaming all the way,” Trump said. “The compound had been cleared by this time with people either surrendering or being shot and killed. 11 young children were moved out of the house and are uninjured. The only ones remaining were Baghdadi in the tunnel and he had dragged three of his young children with him. They were led to certain death.”

“He reached the end of the tunnel as our dogs chased him down. He ignited his vest, killing himself and the three children. His body was mutilated by the blast. The tunnel had caved in on him in addition. But test results gave certain immediate and totally positive identification. It was him. The thug who tried so hard to intimidate others spent his last moments in utter fear, in total panic and dread, terrified of the American forces bearing down on him,” Trump added.

The president also stated that the mission had netted valuable intelligence about the origins of ISIS and had resulted in the deaths of a number of ISIS fighters — a number he promised would be released later.