The mother of two pro-life teenage girls said the Pennsylvania state lawmaker who harassed and tried to doxx her children and their friend finally privately apologized for his actions, five months after the incident took place.

Ashley Garecht, the mother of two of the teens Democratic Pennsylvania state Rep. Brian Sims accosted, brought her 13- and 15-year-old daughters and their friend to pray in front of a southeastern Pennsylvania Planned Parenthood on April 18. Garecht told the Daily Caller News Foundation in May that Sims approached her and her children twice, “yelling pretty aggressively,” focusing mainly on the teenage girls, and filming himself as he encouraged viewers to doxx them.

Five months later, Garecht said Sims sent her a card in which he apologized for the harm he caused. (RELATED: Pennsylvania Rep Offers Reward To Anyone Who Will Dox Pro-Life Teens In His Video)

“Dear Ashley,” the card reads, “I want to reiterate my sincere apologies to you and your family. I regret the harm that I caused and I have learned a great deal from this. I can only ask for your forgiveness and I wish you all the best in the future. Sincerely, Brian Sims.” 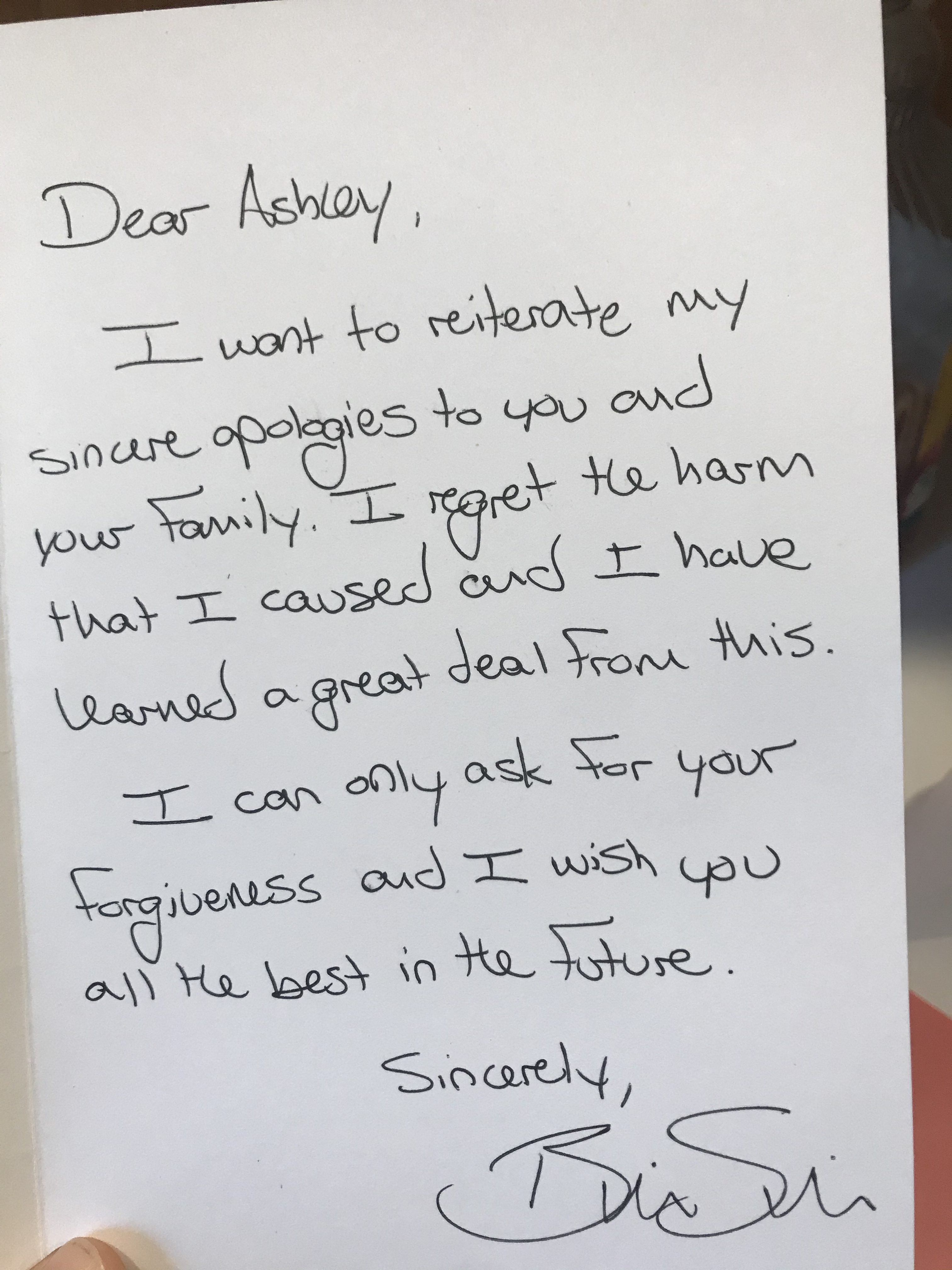 Garecht said though the card stated Sims wants to “reiterate” his apology, he has never apologized to her before personally. He did not respond to a request for comment from the DCNF.

“While we forgive Mr. Sims and appreciate that he has begun to accept responsibility for his actions, we also know that this card is a far cry from the public accountability that was called for at the Stand Against Bullying Rally back in May,” Garecht said. “Mr. Sims should make a public statement of remorse as an appropriate balance to his video of intimidation and harassment that he proudly publicized to the world via Twitter.”

The mother called on Sims to make a public apology regarding his “dangerous and unethical behavior,” saying he bears the responsibility of publicly showing through his actions that there is no place for such behavior in society. (RELATED: It Took Facebook Nearly A Month To Remove The Video Of Brian Sims Trying To Doxx Teenage Girls)

“Our family forgave Mr. Sims many months ago and we extend that forgiveness again now,” Garecht added. “It is our sincere hope that Mr. Sims will modify his conduct in the future and that he will stand in defense of all citizens who exercise their First Amendment rights in the public square, including those who advocate for life outside of abortion facilities.”

Planned Parenthood did not respond to a request for comment regarding Sims’s behavior.