Pete Souza, the official White House photographer during the Obama administration, spread a conspiracy theory Sunday that President Donald Trump was not actually in the Situation Room when U.S. forces conducted a raid against Abu Bakr al-Baghdadi. 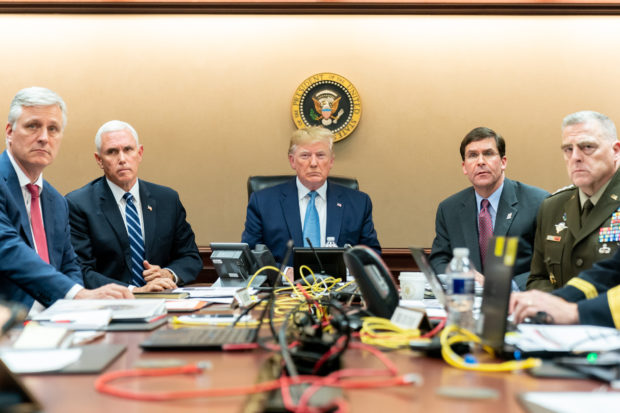 Souza, however, suggested in a tweet that the photo was staged and insisted that Trump wasn’t even at the White House when the raid took place. He incorrectly claimed that the raid “took place at 3:30 pm,” during which time Trump was golfing, and that the Situation Room photo was not taken until after 5 pm.

However, reporting about the raid around the time Souza sent his tweet indicated that the operation actually started just after 5 pm eastern time. Souza later corrected himself, but did not delete his original tweet, which has over 55,000 likes and 20,000 retweets.

The latest reporting from the NYT: the helicopters left Iraq at 5PM (Washington time), and they reported it was about a 70-minute flight to Syria. So actual raid had to happen some time after 6:10PM. https://t.co/rErbPLJlpD

Souza later doubled down on his criticism of the photo, retweeting former Obama adviser David Axelrod, who claimed that the Situation Room picture was “posed.”

Which of these pictures looks real and which looks posed? pic.twitter.com/2xnYUAq3Dj