A mole inside Islamic State leader Abu Bakr al-Baghdadi’s Syrian compound was essential to taking down the terrorist, officials said.

A well-placed informant who helped with al-Baghdadi’s movements around Syria and oversaw construction in the Syrian safe house where the ISIS leader was found gave U.S. and Middle East-based officials information about his whereabouts. The mole, an ISIS defector, provided a room-by-room layout of the northern Syrian compound, a move that helped take down the leader, according to officials.

The man was allegedly a logistics aide and trusted official of al-Baghdadi and provided information including that the ISIS leader was always armed with a suicide belt so he could kill himself if anyone attempted to capture him, The Washington Post reported. He also escorted al-Baghdadi’s family members to get medical care at times.

A U.S. official added the informant was vetted carefully and flipped sides after he “clearly lost faith” in ISIS. The mole was on the scene during the al-Baghdadi raid Saturday and was exfiltrated two days later alongside his family, WaPo reported. He will likely get some or all of the $25 million U.S. bounty that was placed on the ISIS leader’s head, officials added.

One official said the mole was a Sunni Arab who turned against ISIS after the group killed a relative, WaPo reported. 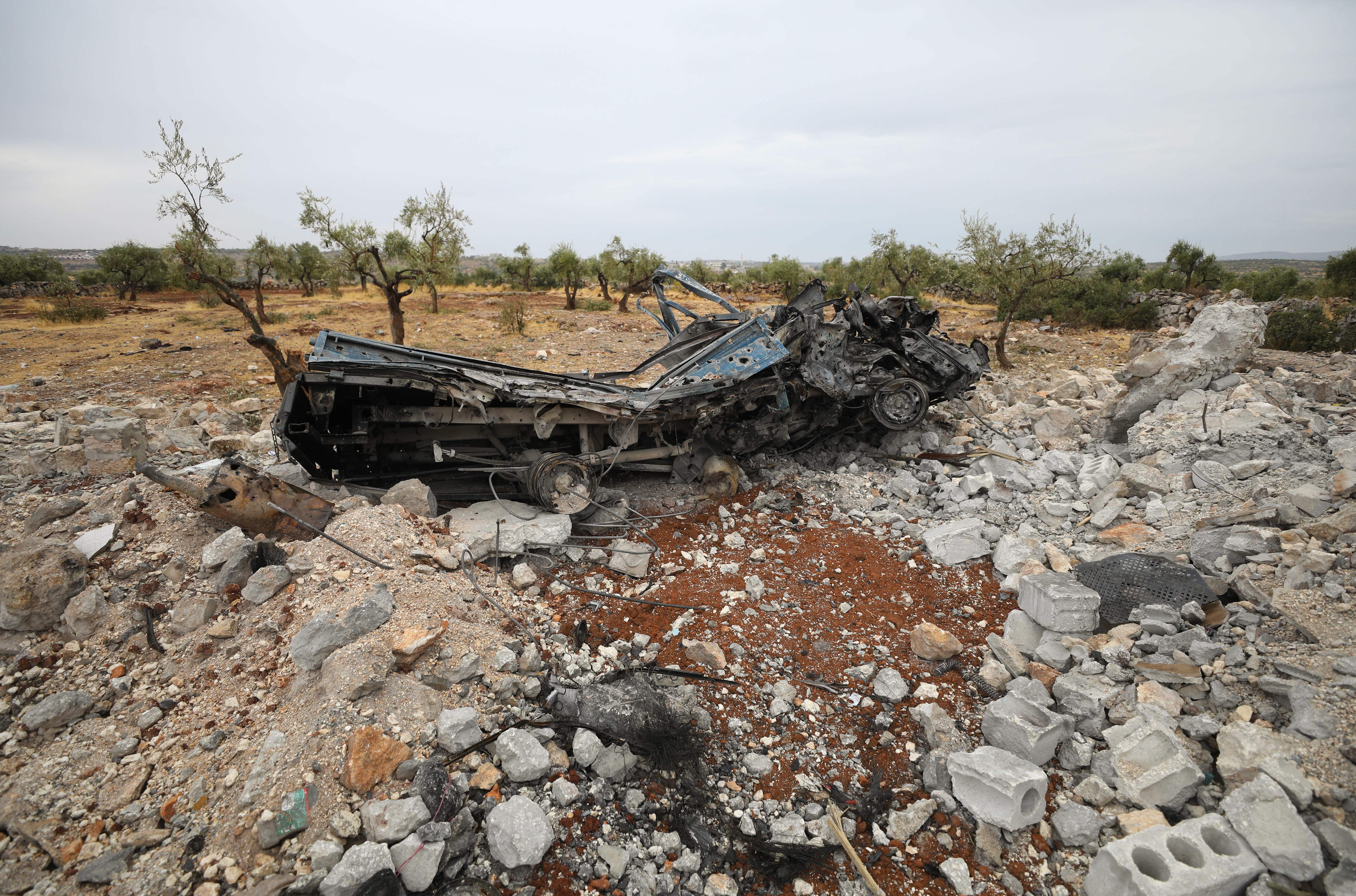 A picture shows a vehicle wreck amid the rubble at the site of a suspected U.S.-led operation against Islamic State chief Abu Bakr al-Baghdadi. (OMAR HAJ KADOUR/AFP via Getty Images)

The Syrian Democratic Forces leader, Gen. Mazloum Abdi, said Monday to NBC News that his organization had an informant that helped the raid happen. The Pentagon and White House have not commented officially on a mole being a part of the raid, according to WaPo.

“I’m not going to comment on what may or may not have happened with the SDF on the objective,” Army Gen. Mark A. Milley, the chairman of the Joint Chiefs of Staff, said Monday. “The actions on the objective, the aircraft coming in, the aircraft overhead and the soldiers conducting the assault, was a U.S.-only operation.” (RELATED: Trump Considers Releasing Parts Of al-Baghdadi Raid Video)

Al-Baghdadi died by detonating a suicide vest during a two-hour-long raid on his Syrian compound Saturday evening by U.S. military forces. A DNA test following the raid confirmed that the body was that of the ISIS leader.