The agencies provided CNN and BuzzFeed News with heavily redacted summaries of six interviews with the Trump associates.

Gates, who served as deputy to former Trump campaign chairman Paul Manafort, provided details about discussions inside the Trump campaign regarding WikiLeaks’ release of Democrats’ emails.

The special counsel’s report said that investigators found no evidence that Trump associates took part in the hack of Democrats’ emails or helped with their release. But Gates provided evidence that President Donald Trump and others on the campaign were eager for the emails to be released.

Gates told investigators that the Trump campaign was energized by WikiLeaks founder Julian Assange’s statement on June 12, 2016 regarding the release of information that would be damaging to Democrats.

Gates said in an interview in October 2018 that Manafort had him “periodically” check in for updates on the release of the information with an individual whose name is redacted in the interview notes. He also said that he was working with Manafort and others on a “messaging strategy” in anticipation of the release. 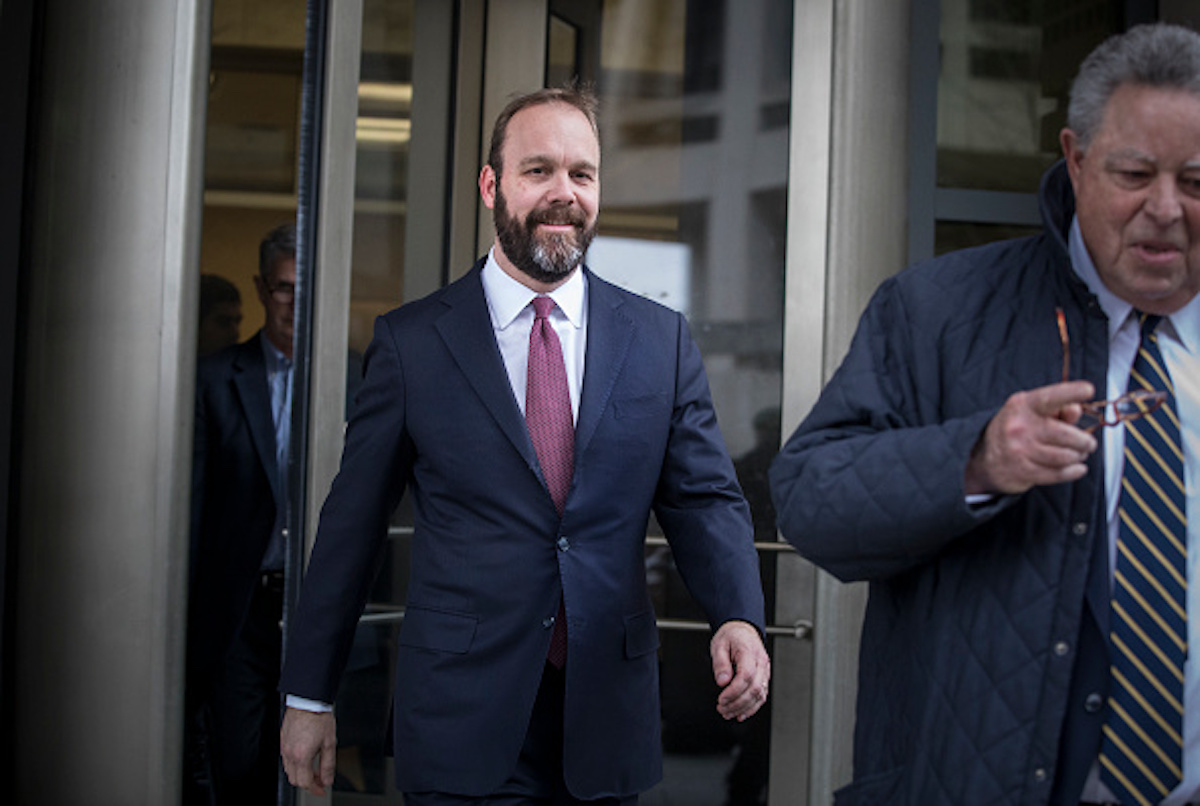 Rick Gates, a former top official in Trump’s campaign, leaves the Federal courthouse with his lawyer Tom Green, in Washington, D.C., Feb. 23, 2018, after pleading guilty ti conspiracy and lying to the FBI. (Photo by Evelyn Hockstein/For The Washington Post via Getty Images)

When WikiLeaks released Democratic National Committee emails on July 22, 2016, Gates said that the campaign was “very happy.” He said that Manafort was pleased because the release of the emails provided a “mode of deflection” from a controversy at the time surrounding Trump’s attacks on GOP Texas Sen. Ted Cruz’s father.

Gates also told investigators that after the initial document dump, he was present when Trump spoke with someone by phone who claimed that WikiLeaks planned to release additional emails.

An indictment against Roger Stone, a longtime Trump associate, referred to a Trump phone call that appears similar to the one described by Gates. Stone goes on trial later this month on charges that he made false statements to Congress regarding his contacts with the Trump campaign regarding WikiLeaks.

He has denied having inside information from WikiLeaks regarding plans to release additional emails. Assange said in an interview on CNN on July 29, 2016 that he planned to release more information about former Secretary of State Hillary Clinton. (RELATED: Roger Stone Says Claims About WikiLeaks Were Based In Part On Reporter’s Email)

Gates and Cohen were two of the most cooperative witnesses for the special counsel’s team. Gates pleaded guilty on Feb. 23, 2018 to conspiracy and false statement charges.

Cohen, who was Trump’s personal attorney, began cooperating with the special counsel on Aug. 7, 2018. He pleaded guilty in the special counsel’s investigation on Nov. 29, 2018 to making false statements to Congress regarding his efforts to negotiate a Trump Tower in Moscow in 2016.