Department of Homeland Security leaders broke down the numbers of the past year’s illegal immigration crisis and revealed the stress it put on government agencies during a Senate committee hearing Wednesday.

Mark Morgan, the acting commissioner of Customs and Border Protection (CBP), testified before the Senate Homeland Security Committee to talk about the immigration crisis during the 2019 fiscal year, which concluded at the end of September. U.S. Citizenship and Immigration Services (USCIS) acting Director Ken Cuccinelli and other immigration officials accompanied Morgan.

All of the agency leaders before the committee detailed the unprecedented wave of migration over the past year that stretched the U.S. government to its breaking point.

“Although we’ve made great progress, I am here today to respectfully remind this committee and the American people that there continues to be a humanitarian crisis, and importantly, a national security crisis. In fiscal year 2019, CBP’s enforcement actions exceeded 1.1 million nationwide — an increase of 68% over the previous year,” Morgan said during his opening statements.

The CBP acting commissioner said the total number of apprehensions along the southern border exceeded 978,000 — which marked an 88% increase from the previous fiscal year. The current immigration crisis is being fueled by family units, particularly from Central America. Border Patrol agents apprehend more than 473,000 migrant family units during fiscal year 2019, the highest number in U.S. history.

“There’s no immigration system in the world designed to handle such massive migration numbers, not even the United States,” Morgan said.

He then noted it wasn’t just the numbers, but the demographics, that is further complicating immigration enforcement measures. A large bulk of the immigrants currently reaching the U.S. southern border are family migrant units from the Northern Triangle, a region in Central America. Roughly 71% of southern border apprehensions came from this area, which is made up of Guatemala, Honduras and El Salvador.

Because they are not single, male adults, nor are they citizens of Canada or Mexico, U.S. immigration laws make it more difficult to quickly process and remove from the country.

“They’re being pulled into the United States by the loopholes in our current legal framework. They know if you grab a kid, that’s your passport into the United States. And it was working — all while human smuggling organizations and cartels exploited them, placed them into life-threatening situations, and treated them as nothing more than a money-making commodity,” Morgan continued, noting that the human smuggling industry is a multi-billion dollar scheme. 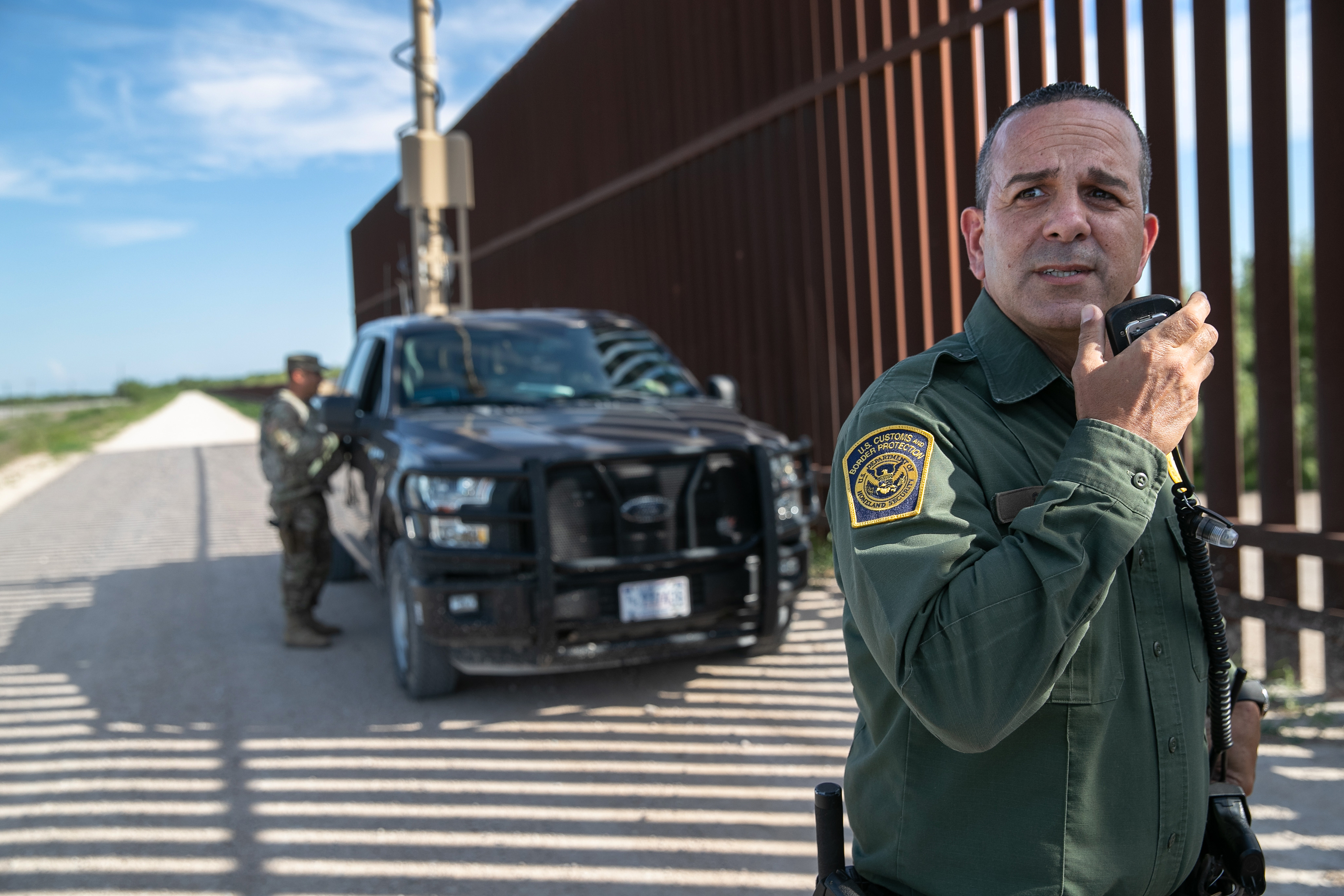 Along with clamping down on the human smuggling aspect that comes with unfettered illegal migration, border officials also made a concerted effort to stop the flow of drugs entering the country. CBP and Border Patrol agents seized more than 750,000 pounds of illicit narcotics during fiscal year 2019. Seizures of fentanyl, heroine, cocaine and meth increased from previous years.

The CBP chief also detailed how his agency isn’t simply an enforcement arm of the government, but also a haven for those in danger at the U.S. southern border. For example, CBP officials averaged 71 hospital visits a day, sending a total of roughly 25,000 migrants to the hospital last fiscal year. Border Patrol conducted 4,900 rescues, saving the lives of those who smugglers left to die. (RELATED: Trump Admin Wants To Deny Work Permits To Migrants Who Entered The US Illegally)

“The smugglers and cartels leave these immigrants in rivers to die. They leave them in open, harsh terrain to die, and tractor trailers to die,” the chief said.