FAIRFAX, Virginia — Immigration and Customs Enforcement revealed Thursday that it arrested well over 3,700 sexual predators in the past fiscal year, as the agency’s announcement coincided with its grand opening of a facility dedicated to monitoring convicted sexual predators traveling internationally.

Homeland Security Investigations (HSI), the investigative unit of Immigration and Customs Enforcement (ICE), announced it initiated 4,224 child exploitation cases during the 2019 fiscal year, which began in October 2018 and concluded at the end of September. Those cases led to a total of 3,771 criminal arrests, and the identification or rescue of 1,066 victims.

The numbers reflected a significant uptick — 18% — from the previous fiscal year. It’s a result, HSI contended, of its commitment to ending crimes against children.

“HSI’s agents, in cooperation with our law enforcement partners, work tirelessly to find and bring to justice, individuals who commit these heinous crimes,” acting special agent in charge of HSI Seattle Eben Roberts said in a prepared statement. “Moreover, we are dedicated to rescuing from harm’s way our most precious population — our children — and those who seek to harm them should consider this a warning.”

ICE published a short list of individuals arrested by HSI agents in the Pacific Northwest area, who were later convicted of various child exploitation crimes, such as child pornography, and the sexual abuse and molestation of minors.

The news release coincided with the Thursday opening of HSI’s Angel Watch Center in Fairfax, Virginia — an addition to the agency’s Cyber Crimes Center. When convicted and registered child sex offenders are anticipated to travel to another country, it’s the job of the Angel Watch Center to notify the country’s government. The overall goal of the facility’s operation is the prevention of child sex tourism — the act of traveling internationally for the purpose of sexually exploiting minors.

“Law enforcement is most effective when it is carried out in partnership,” Matthew Albence, the acting director of ICE, said Thursday at the facility’s grand opening. “When International Megan’s Law was signed by the president in February of 2016, it signaled the United Sates’ firm commitment to working closely in collaboration with the international community to identify and target convicted child sex offenders traveling to foreign countries.”

Albence gave an example of the Angel Watch Center’s success. When a registered sex offender left the U.S. for the United Kingdom in February 2018, officials notified the U.K. government of the man’s imminent arrival. U.K. authorities executed a border inspection upon his arrival, and discovered a trove of child abuse images. They also discovered the man intended to serve as an instructor for youth cheerleading camp.

The man, who was promptly deported back to the U.S., plead guilty to the federal transportation of imagery depicting sexual exploitation of minors in May 2019. 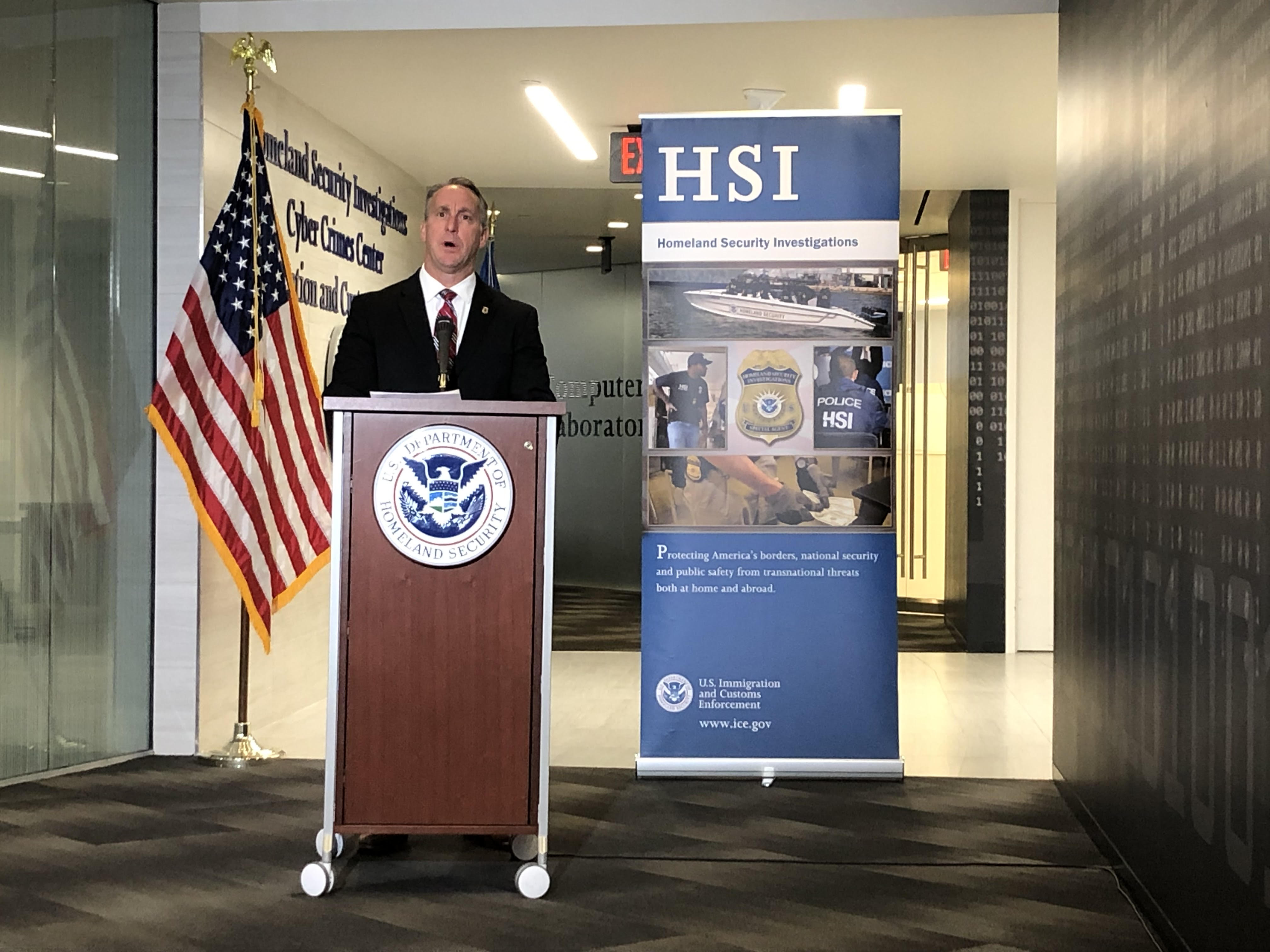 “If only a fraction of notifications to foreign countries save a child from having to carry the lasting scars of sexual abuse and exploitation, the Angel Watch Center will have more than lived up to its name,” Albence stated.

Operation Angel Watch, which was initially established by HSI in 2007, is a joint agency effort with Customs and Border Protection and the U.S. Marshals Service. (RELATED: Senate Confirms Chad Wolf, Paving The Way For Him To Become DHS Chief)

“The ability to have agents, and analysts, and specialists from multiple agencies, working in the same facility, talking and collaborating on a day-to-basis, working cases jointly — that’s where you get the real successes,” Albence said when asked how the opening of the Angel Watch Center would be a “game changer” for his agency.