The City of San Francisco’s Department of Public Works responded to tens of thousands of “human or animal waste” reports in the first 10 months of 2019, according to the city data.

The department responded to 25,084 such cases from January through October of this year, according to the city’s 311 data portal.

The city is averaging more than 80 waste cases reported to the department every day in 2019 and is on pace to surpass last year’s number of excrement reports, the publicly available records show. 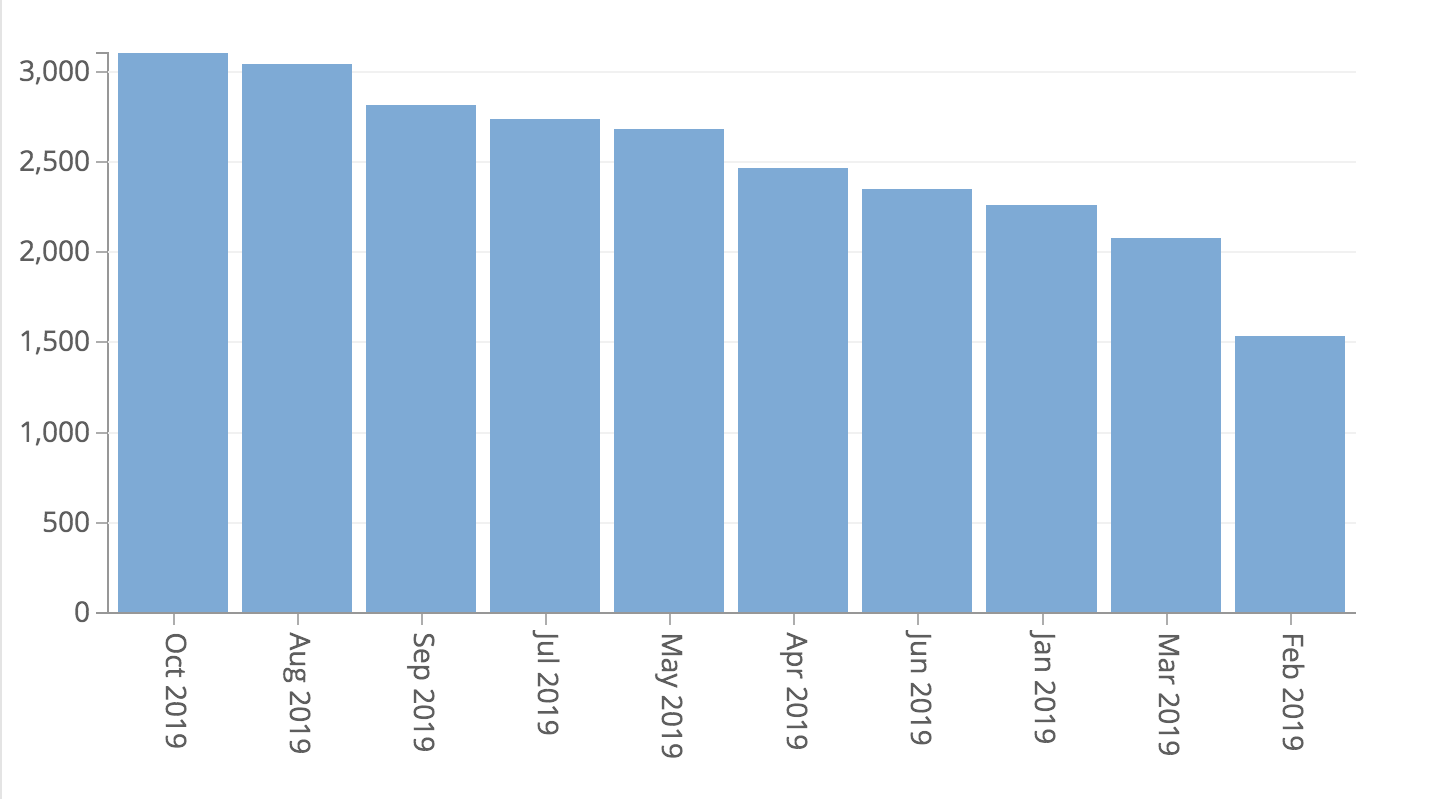 Reports of “human or animal waste” in 2019 (Screenshot/Data.Sf.Gov)

The department had more than 23,300 cases through the first 10 months of last year, which had already seen a sharp increase from 2017. The city government launched a $750,000 “poop patrol” in September 2018 to combat the problem, though that hasn’t stopped this year’s numbers from topping last year’s.

“We will not prosecute cases involving quality-of-life crimes. Crimes such as public camping, offering or soliciting sex, public urination, blocking a sidewalk, etc., should not and will not be prosecuted,” Boudin said in response to an ACLU questionnaire. He added that “we have a long way to go to decriminalize poverty and homelessness.” (RELATED: San Francisco’s New DA: Public Urination ‘Will Not Be Prosecuted’)

San Francisco Mayor London Breed’s office did not return a request for comment on the city’s poop problem by press time. Breed, a Democrat, described in a local interview last year how the city is drowning in poop.