The uncertainty of how long impeachment will last in the House of Representatives and the possibility of a trial in the Senate could have serious consequences for Democratic senators seeking their party’s presidential nomination.

With House Speaker Nancy Pelosi unable to say how long that process will take, an impeachment trial could begin in the Senate just as Democratic voters are participating in key early primaries, Politico reported Monday.

According to the chamber’s rules, the Senate would have to be in session for six days a week for the duration of the trial, leaving senators seeking the Democratic nomination little time to campaign in primary states. Senate Majority Leader Mitch McConnell has insisted that he would have “no choice” to proceed with a trial if the House impeaches the president.

A Senate trial would impact six of the Democrats seeking the nomination, and Republican senators are reportedly jubilant over the possible complications impeachment could have on their campaigns, Politico reported, claiming Iowa Sen. Joni Ernst was moved to dance and sing “[Mayor] Pete Buttigieg is moving ahead!” in apparent reference to the candidate moving to the head of the pack in Iowa. (RELATED: Senate Republicans Are Not At All Worried About Impeachment)

“It would be horrible,” Ernst told Politico. “[Democratic Massachusetts Sen. Elizabeth] Warren and [Independent Vermont Sen.] Bernie Sanders will be here right before the Iowa caucuses. [Iowans] expect to reach out and shake their hands. And they will be here sitting at their desks. I feel so badly for them.” 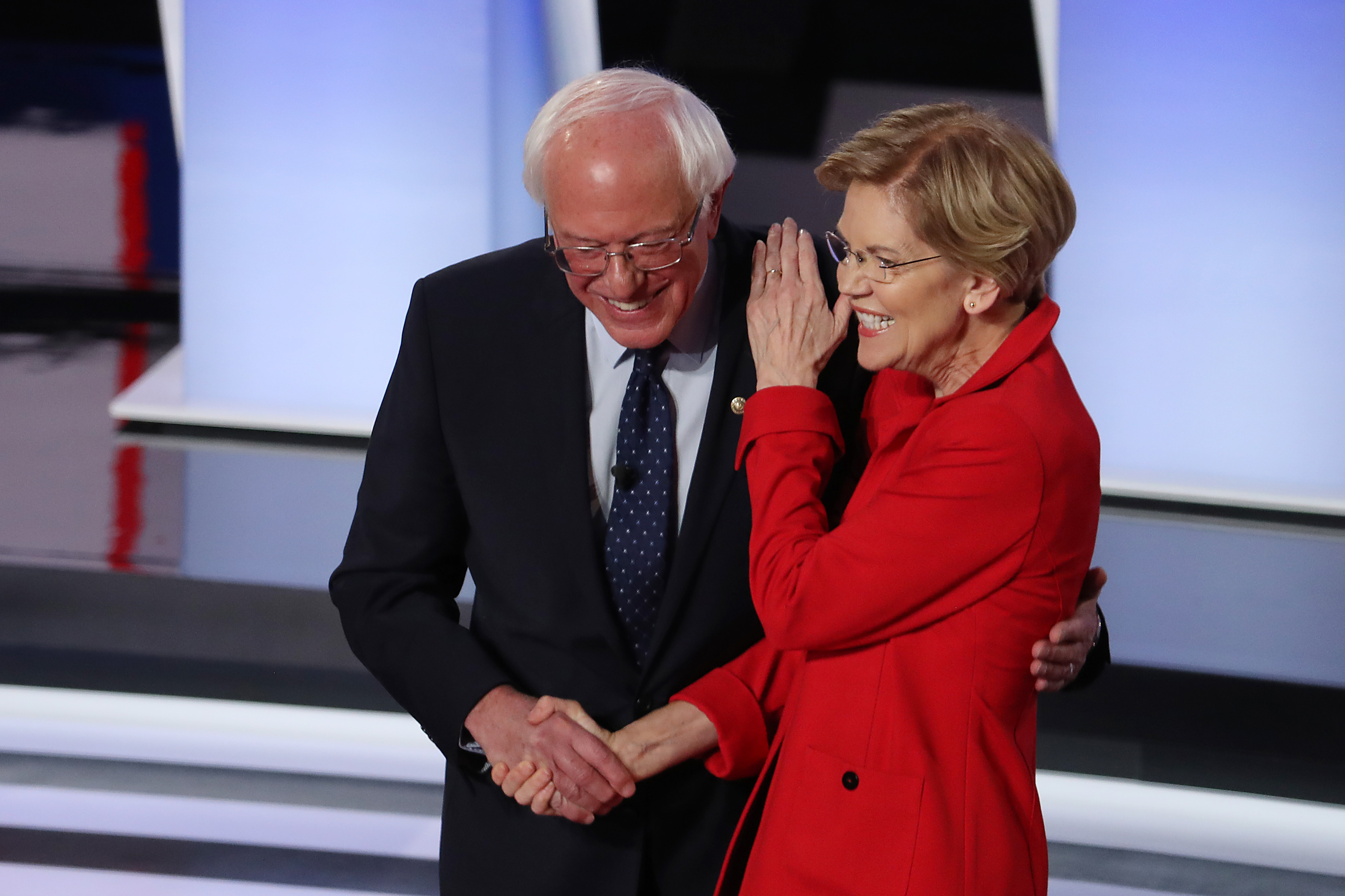 Democratic presidential candidate Sen. Bernie Sanders (I-VT) (R) and Sen. Elizabeth Warren (D-MA) greet each other at the start of the Democratic Presidential Debate at the Fox Theatre July 30, 2019 in Detroit, Michigan.

There is currently no impeachment trial scheduled for the Senate’s business in January.

“We have to just kind of go with the flow at this point. The House is doing an excellent job. We want to be thorough. It will take whatever time it takes,” Democratic Michigan Sen. Debbie Stabenow told Politico. “We’ll see how open Mitch is. Mitch and Chuck have to, at some level, negotiate a process.”

Republican South Carolina Sen. Lindsey Graham, who is also the chairman of the Senate Judiciary Committee, has stated that he believes the Senate should dismiss the impeachment motion because he believes the process has been “illegitimate.” (RELATED: WaPo Columnist: GOP Senators Want ‘Lengthy’ Trial, Think Impeachment Will ‘Energize’ The Base As Kavanaugh Hearings Did In 2018)