Jeffrey Epstein’s ex-housekeeper for his New Mexico ranch said Prince Andrew was given a beautiful young neurosurgeon to keep him company when he visited, according to an investigative podcast.

Prince Andrew has become embroiled in controversy ever since the late alleged child sex-trafficker’s arrest in July. Epstein accuser Virginia Roberts Giuffre named the Duke of York as having sex with her when she was 17 years old while he was hanging out with the disgraced millionaire. He has denied the allegations.

The former housekeeper continued on to say the young woman understood that she had to entertain Prince Andrew. Stratton explained two theories on why the woman was trying to please the prince, according to the podcast. (RELATED: ABC News Leak Renews Focus On Elite Media Coziness With Jeffrey Epstein)

“I’m guessing she understood her job was to entertain him because I guess, the fear, I don’t know — the fear would be that Andrew would say ‘no, I didn’t really find her that attractive,'” Stratton said. “He would tell Jeffrey that and then she would be on the ropes.”

“Another theory is that Jeffrey had her on retainer and she knew what her job would be, should be, to make these people happy.” 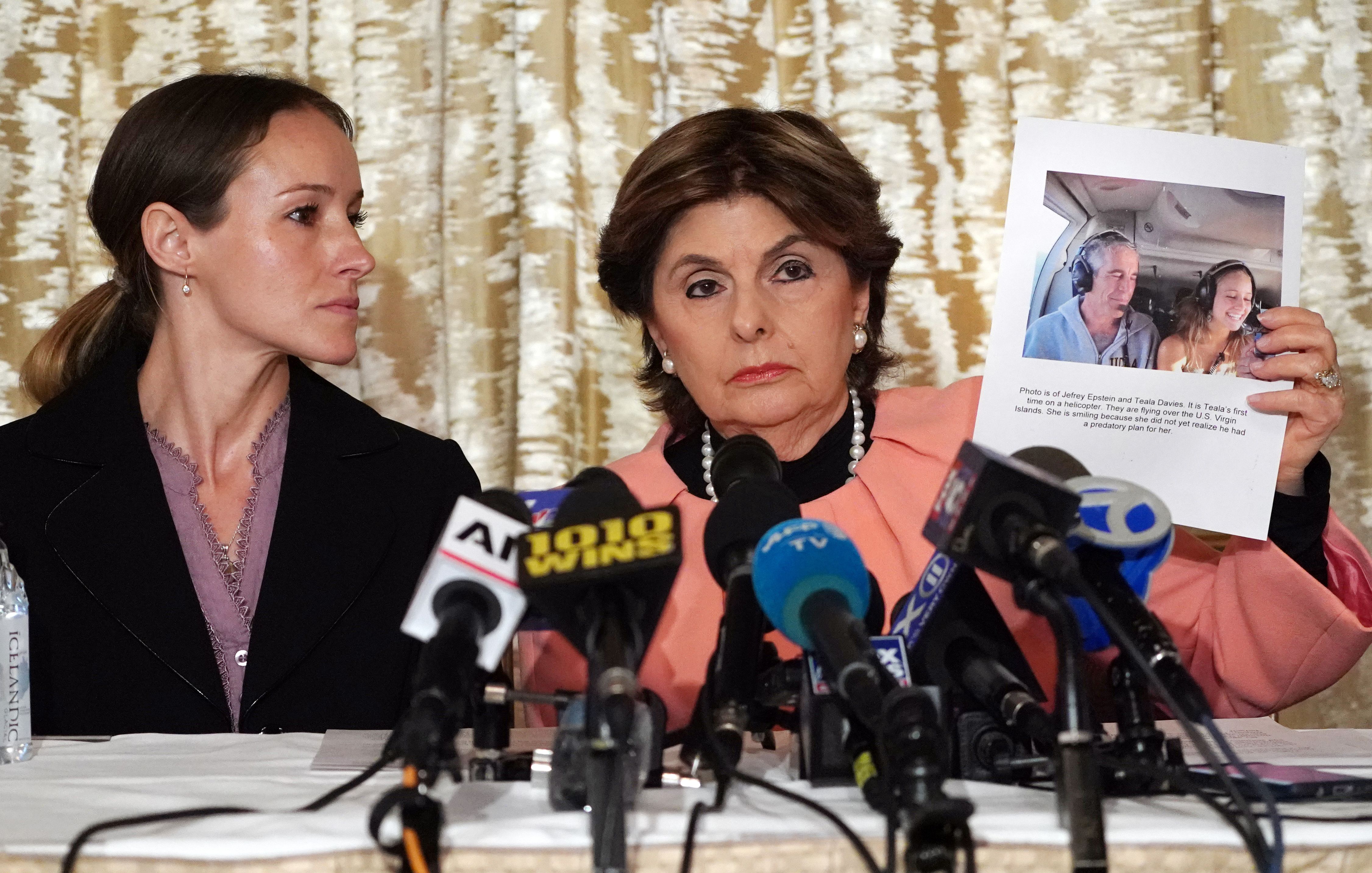 Attorney Gloria Allred (R) and her client Teala Davies, who claims to be a victim of sexual abuse by Jeffrey Epstein when she was a minor, hold a press conference in New York City. (TIMOTHY A. CLARY/AFP via Getty Images)

Stratton added that Epstein would “ideally like three massages a day.” She said the word massages would be “in air quotes” because it actually meant sex, adding that she didn’t “see how his guests wouldn’t know that.”

The Duke of York stepped down from public duties Wednesday because his former friendship with Epstein is a “major distraction” for the Royal Family, according to a statement. He received major backlash after an interview with BBC about the allegations backfired.