2020 presidential candidate Joe Biden’s supporters said he is floundering in Iowa due to a lack of enthusiasm, campaign malfunctions and support for South Bend, Indiana, Mayor Pete Buttigieg.

Biden is struggling to build excitement in Iowa, supporters who spoke with The New York Times said. Supporters also voiced concerns that the former vice president has not shown Iowa enough attention during his 2020 presidential campaign, making about 50 stops in Iowa since his campaign began in April, which is far fewer stops than other Democratic candidates have made, the Des Moines Register’s candidate tracker shows.

“This is prime political season in Iowa and most candidates are spending a good deal of time visiting Iowa,” said Joey Norris, who is the Democratic chair in Montgomery County, Iowa. Buttigieg, a 2020 Democrat, will campaign in Montgomery County Monday. “The Biden campaign has been notably absent,” Norris added. (RELATED: Democratic Anxiety Rises Over Impending Thanksgiving Anti-Impeachment Ads: Report)

“In Burlington, they are duds,” activist Nancy Courtney, married to the Des Moines County, Iowa, Democratic chairman, told the Times. Courtney told the Times she supports Biden 100%, but her community lacks excitement over Biden. “I will help, but there’s no excitement there. There’s nothing. I will do whatever it takes to get him elected, but I can’t go down there when there’s nothing going on,” she said. 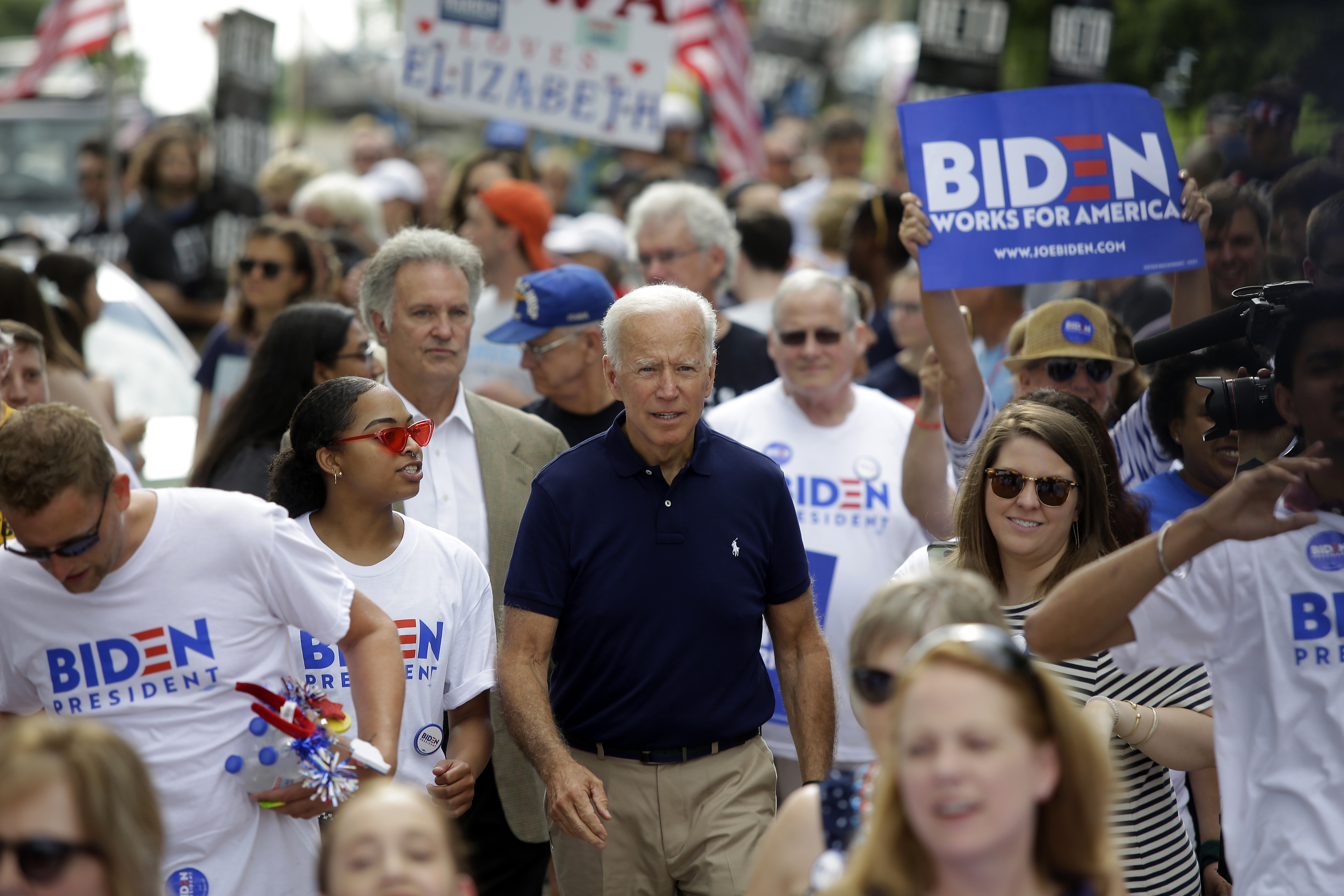 “We need to candidly be able to keep pace, we feel like we’re going to be able to do that,” Kavanaugh told the Times. “You can tell where campaigns are focusing based on where their candidates are. And, you know, we’re going to have a pretty heavy schedule here in December, starting with the bus tour and heading into January and February.”

The Biden campaign hosted several events in Iowa this past weekend and will be doing an eight-day bus trip through the state after Thanksgiving, the Times reported. The publication noted that Biden has changed his tune toward Iowa, saying in a Sunday fundraising email that “we need to play to win in Iowa.” This compares to the Biden campaign’s earlier messaging that it did not need to win Iowa to win the Democratic nomination.

Other supporters warn that Buttigieg presents a danger to Biden in the state. (RELATED: Buttigieg Surges Into The Running In Iowa, Poll Shows)

“Not as great as he was. Buttigieg is kind of taking the lead in the polls,” said Indianola, Iowa, city councilman Bob Kling, when the Times asked him how Biden looked.