President Donald Trump isn’t the only billionaire running for the presidency this election cycle. Despite the growth of anti-billionaire rhetoric in the 2020 Democratic primary from candidates such as Independent Vermont Sen. Bernie Sanders and Democratic Massachusetts Sen. Elizabeth Warren, Tom Steyer and Michael Bloomberg have entered the race to try to appeal to those Democrats who believe that banning large drink sizes, implementing stop-and-frisk, and reigniting the war on coal are all moderate Democratic proposals.

Yet, despite their fabulous wealth, Bloomberg is currently the 14th richest person in the world while Steyer only possesses the comparatively modest fortune of $1.6 billion, and both candidates have a complicated relationship with campaign donations. Steyer has resorted to asking for small donations from the American middle class, who he has assured will not have to subsidize billionaires if he is elected president, and Bloomberg has sworn off fundraising as well as campaigning in early primary states, calling into question his commitment to creating a grassroots foundation for his campaign.

Steyer, who manages a hedge fund worth more than $20 billion, has stated that he is running to prevent “the corporate takeover of our democracy,” and he has launched a multi-million dollar ad campaign to disseminate that message. Politico reported that Steyer spent over $1 million in a single week on Facebook ads that requested a donation of only $1, and Steyer spent over $7 million on Facebook ads during the first month of his campaign. (RELATED: Tom Steyer Spent Over $6 Million On Per Minute In Democratic Debate)

What could a person worth over $1.6 billion dollars and who had previously pledged to spend $100 million of his own money on his presidential bid possibly want with the average Facebook browser’s hard-earned quasi-disposable income? Numbers. The solicitation campaign on the part of Steyer stemmed from the requirements implemented by the DNC to qualify for official debates. For the third Democratic debate, the first Steyer could have hoped to qualify for since he entered the race on July 9, 2019, candidates had to have 130,000 unique donors. Though Steyer has enough money to build the structure of a top-notch presidential campaign and provide the illusion that he is a major contender, he still needs regular donors to convince the DNC to let him on the debate stage. 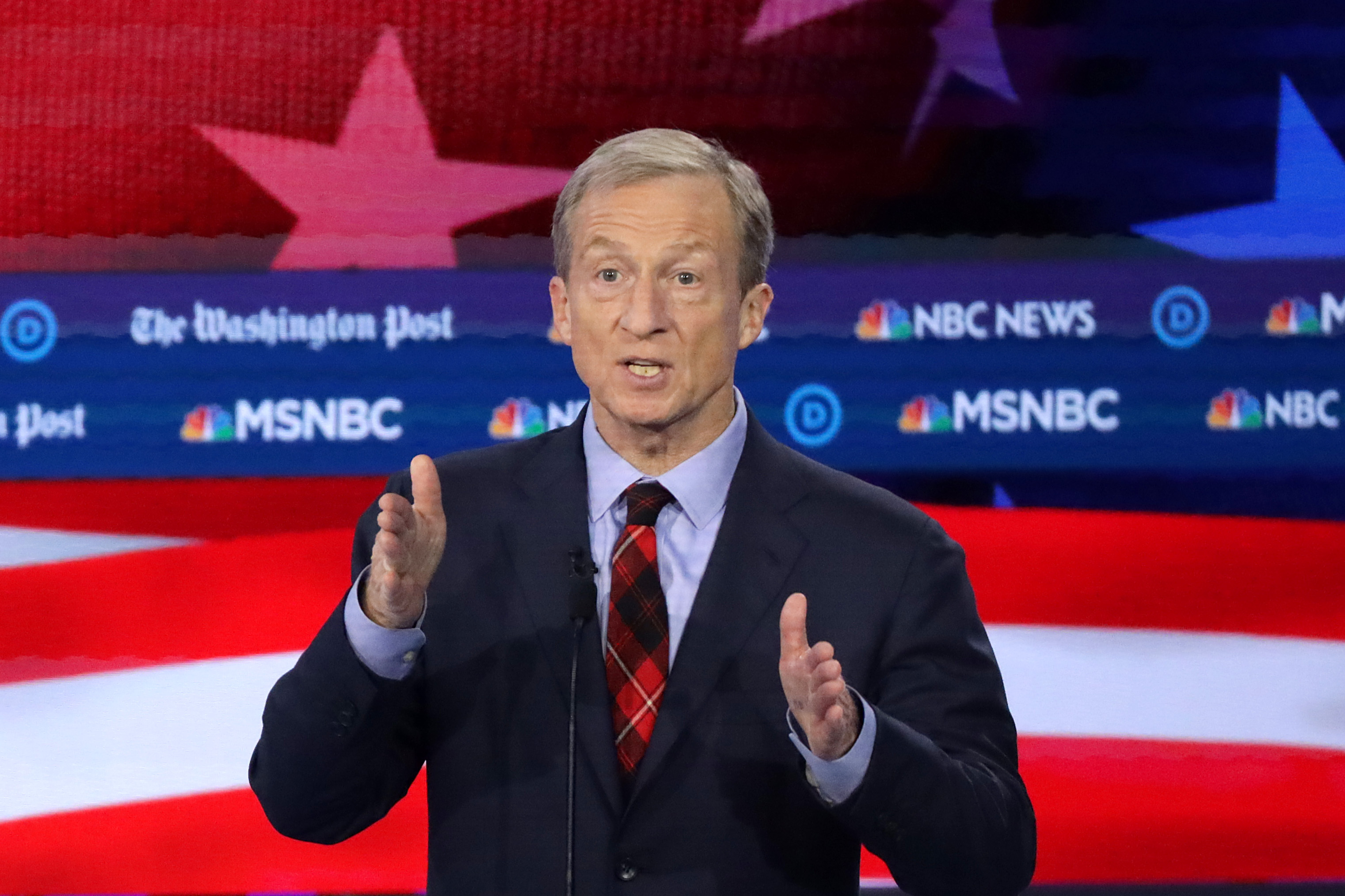 When Steyer launched his $1 donation campaign on Facebook, the irony of a billionaire asking ordinary Americans for donations to fund his presidential campaign and to get him on the debate stage was not lost on many would-be donors.

Here are a few of the most pointed comments:

“You are the second best argument for the wealth tax. Bloomberg is the first.”

“Is this some sort of social experiment to see how many people can be fooled into giving a dollar to a billionaire’s vanity campaign?”

“A billionaire who asks for money from an impoverished nation should be racked with shame, but I’m fairly certain that’s an emotion you’ve never felt.”

“I will give you a dollar for every million you spend on housing homeless vets with your money.”

“If I promise to donate, will you promise to use your time on stage to promote Bernie for president?”

“Just one question: WHY? Great (for you) that you’re a billionaire. But your wealth far exceeds your personal charm and there’s absolutely ZERO reason for you to belatedly take up another lectern on the overcrowded debate stage.”

Bloomberg, who like Steyer has dabbled in self-loathing by promising to raise taxes on the rich in his latest television ads, has sidestepped the same criticism leveled at Steyer by promising not to take any political donations during his campaign, and thereby also foregoing the debates. Whereas every major candidate has a large, red donate button at the top of their campaign website (except for Pete Buttigieg, whose donate button is mustard yellow), Bloomberg’s website only asks for your email address so his campaign can spam your inbox. 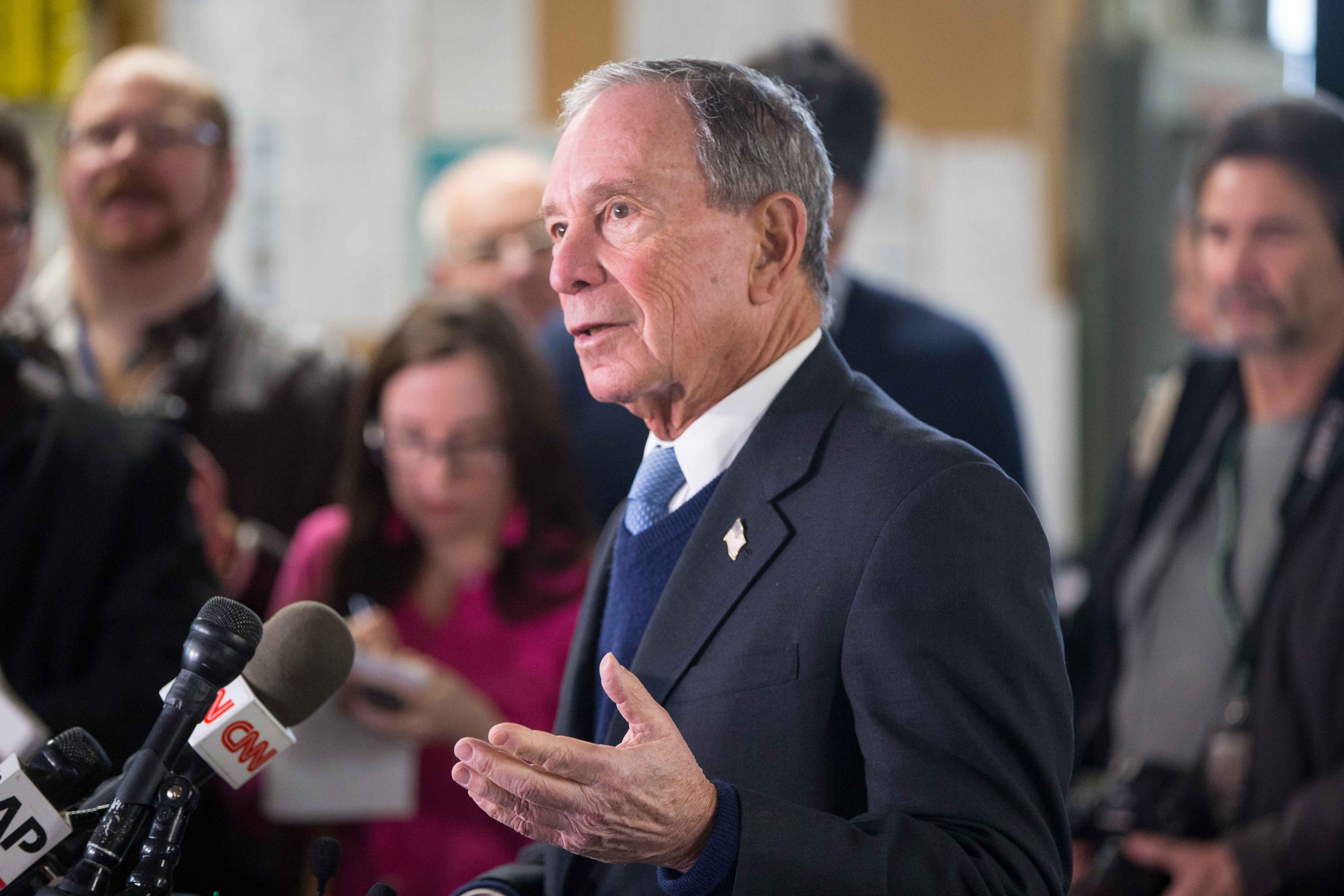 This stance effectively bars him from taking the debate stage in December, and Bloomberg has even vowed to ignore the first four primary states, Iowa, New Hampshire, South Carolina and Nevada, in order to focus on the Super Tuesday states. This strategy is almost certainly a move to make up for his late entry into the race, his lack of political infrastructure and the lack of a current voter base in those states.

In lieu of grassroots support and positions on the debate stage, both Bloomberg and Steyer have resorted to using their massive wealth to conduct ad blitzes. Steyer spent close to $20 million dollars on advertisements in the first two months of his presidential run. Bloomberg has announced an ad campaign of at least $30 million for the week of November 25 to December 3. Bloomberg’s purchase dwarfs any other ad purchase by the other Democratic candidates. Behind him, Steyer spent $1.2 million for the same amount of time. The next closest candidate was Bernie Sanders, who spent $500,000. (RELATED: FLASHBACK: Bloomberg Says He Doesn’t Want His Reporters To Write ‘A Bad Story About Him’)

Bloomberg’s ad campaign has come under criticism from Sanders, who said that Bloomberg is, “trying to buy an election.” “Multibillionaires like Mr. Bloomberg are not going to get very far in this election,” Sanders added.

Elizabeth Warren echoed Sanders’ sentiments about Bloomberg during a town hall in New Hampshire. “Elections should not be for sale. Not to billionaires. Not to corporate executives. We need to build a grassroots movement,” she said.

Currently, Bloomberg stands with 2.3 percent support in the Democratic primary while Steyer has 1.3 percent, according to RealClearPolitics.