Discussing the day’s proceedings on Monday evening’s edition of “The Story with Martha MacCallum,” the Washington lawmaker called the ongoing impeachment inquiry “a great civics lesson for Americans” who can “learn more about the Constitutional basis for why some people are concerned and why people resist this proceeding.”

“That’s obviously a very, very big deal,” said the Fox News anchor, “which raises the question for why the chairman, Adam Schiff, was not there today and, you know, there were members of Congress on the other side of the aisle from you who felt that that was a dereliction of duty.” (RELATED: DIGENOVA: Jonathan Turley Knocked The Wheels Off Impeachment)

“So, I don’t believe Mr. Nunes was there either, I believe the …” Heck responded.

“He was sitting in the front row,” MacCallum quickly interjected. 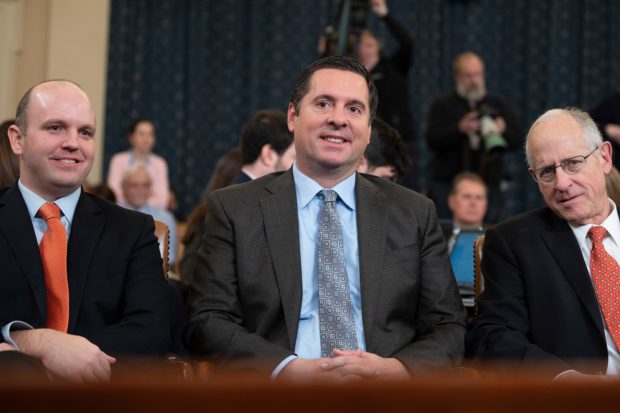 “Well, he wasn’t presenting,” said Heck, pivoting quickly. “I believe that the judiciary committee’s judgement was that the prime authors of both the majority report and the minority report would be best position to advance and then offer the information that they had concluded as a result of their investigative efforts.”