The U.S. government is seeking to denaturalize a U.S. citizen who allegedly sexually abused minors for decades, and concealed his activity throughout his immigration proceedings.

The Justice Department on Monday filed a denaturalization complaint against José Vilchis, who is accused of sexually abusing at least three minors during his time as a gymnastics coach, the DOJ announced in a press release. Vilchis, a 68-year-old native of Mexico, competed in the Olympics as a gymnast for his home country before moving to the United States to coach children. He became a permanent resident of the U.S. in 1991 and a naturalized citizen in 1997.

Law enforcement began investigating Vilchis in 2014 when allegations of sexual abuse were first reported, but it was not until more allegations surfaced when police arrested him in October 2018, according to local reports. Vilchis faces 18 criminal charges relating to the sexual assault of a minor between 2013 and 2014.

While this alleged activity took place after he gained citizenship, Vilchis is also accused of sexually abusing children — some as young as 12 — as early as 1985. The U.S. government is seeking to revoke his citizenship on the grounds that he hid his activity from immigration authorities during his naturalization process. 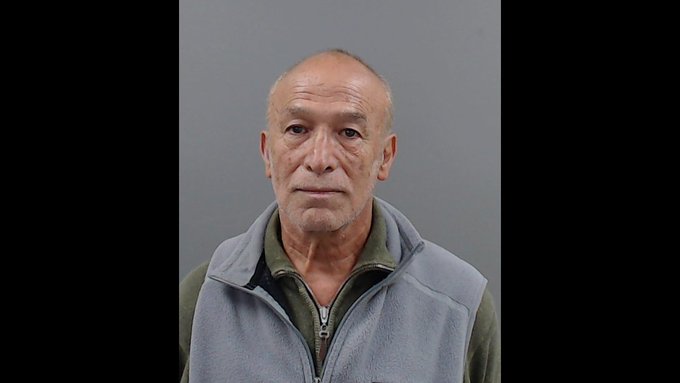 “Vilchis fraudulently gained U.S. citizenship by lying about the horrific, ongoing crimes he was committing against innocent children,” acting ICE Director Matthew Albence said in a press statement. “His crimes and his fraud have justifiably returned to haunt him as the government pursues his denaturalization. The United States will not allow itself to be a safe haven for sexual predators.”

Vilchis competed in the 1968 Summer Olympics under the Mexican flag. He later moved to the U.S. to train minors in the sport before becoming a U.S. citizen. Despite allegations of sexual misconduct over the past decades, he continued to coach minors and moved from gym to gym in the Chicago area. (RELATED: ‘It’s Disgusting’: Former ICE Chief Reacts To Acquittal Of Man Who Offered $500 To Kill An ICE Agent)

The DOJ alleged he began sexually abusing kids as early as the 1980s and actively worked to conceal his illicit activities to immigration authorities, thus rendering his naturalization void.

“The Department of Justice will do everything in its power to hold accountable those who sexually abuse minors,” assistant Attorney General Jody Hunt of the DOJ’s Civil Division said in a statement. “This individual’s abuse of his position of authority and trust to prey on his students is reprehensible, and but for his fraud on our immigration process, he never would have been granted a green card and never would have been permitted to naturalize as a U.S. citizen.”

The DOJ’s Civil Division’s Office of Immigration Litigation, as well as Immigration and Customs Enforcement’s (ICE) Homeland Security Investigations, are investigating the case.

Vilchis, for his part, continues to await trial in Will County, Illinois.

1
'If Anybody Needs To Be Fact-Checked, It's The Media': Kayleigh McEnany Unloads On Jim Acosta
Media
2
Armed Citizens Stand Guard Against Looters In Minneapolis
US
3
Trump's Approval Rating Achieved Something Unprecedented. Here's What It Means For November
Analysis
4
A Soldier Stopped A Shooting By Running Over The Gunman With His Car: 'I Wasn’t Necessarily Frightened'
Military
5
The Embarrassing Secret Of Joe Biden's Basement Campaign
Analysis