The FBI’s Crossfire Hurricane team turned over every rock to find out whether members of the Trump campaign were working with Russians in 2016, but failed to discover that Christopher Steele, the FBI’s primary source for claims of a Trump-Russia conspiracy, was himself working for a Russian oligarch, according to the Justice Department inspector general’s report.

FBI and Justice Department officials told the inspector general (IG) that investigators would have wanted to assess Steele’s link to the oligarch, Oleg Deripaska, in order to determine if it had an impact on Steele’s dossier.

Steele told the IG that he worked for attorneys for the oligarch, who is not identified by name in the report, but appears to be Deripaska, an aluminum magnate with close ties to Vladimir Putin. Steele denied having a relationship with Deripaska, and said he’s only met the billionaire one time.

Steele did not describe the nature of his work for Deripaska, but the founders of Fusion GPS, the firm that hired Steele, said in a book published last month that Steele had in turn hired them in 2016 to investigate former Trump campaign chairman Paul Manafort.

Deripaska’s lawyers had hired Steele to track down millions of dollars that the oligarch believed Manafort had stolen. “Weeks before Trump tapped Manafort to run his campaign, Christopher Steele had hired Fusion for help investigating Manafort,” the Fusion founders wrote in their book, “Crime in Progress.”

“The matter had nothing to do with politics and was a typical commercial assignment.”

Simpson and Fritsch said they did not ask Steele the identity of the ultimate client, but The New Yorker has reported that it was Deripaska.

“[F]rom the start, Fusion, Steele, Russia and Trumpworld were on a collision course,” New Yorker writer Jane Mayer wrote of the labyrinthian contacts.

Steele’s work for Deripaska overlapped with his investigation of the Trump campaign.

The bureau relied heavily on information that Steele gathered for his dossier, including allegations of a “well-developed conspiracy of coordination” between the Trump campaign and Russian government. The FBI cited the dossier extensively in applications for surveillance warrants against Trump campaign adviser Carter Page.

The IG report said that the dossier played a “central and essential” role in the FBI’s decision to seek the spy warrants. It also said that the Crossfire Hurricane team was unable to corroborate any of the dossier’s allegations. FBI agents also spoke to a major dossier source who disavowed much of the information that Steele attributed to him in the dossier.

Bill Priestap, who served as chief of the FBI’s counterintelligence unit, and Stuart Evans, who led the Justice Department’s Office of Intelligence, told the IG that they did not know that Steele, a former British spy, was working in 2016 for the oligarch, who is identified as “Russian Oligarch 1” in the IG report. (RELATED: Steele Dossier Played ‘Central And Essential’ Role In FBI’s FISA On Carter Page) 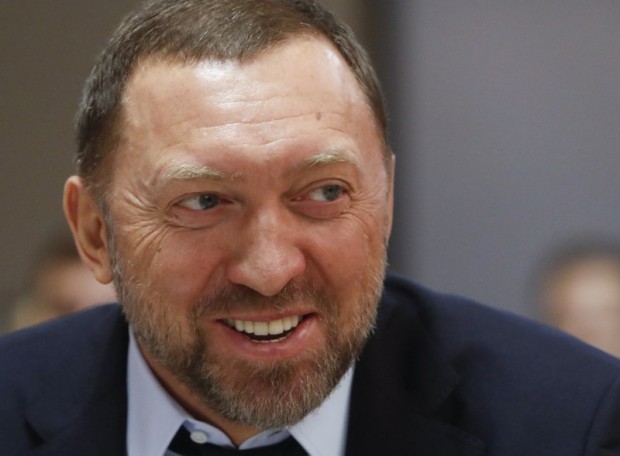 Priestap and Evans told the IG that the Steele-Deripaska connection was relevant to Crossfire Hurricane since investigators relied so heavily on Steele’s dossier during the probe.

“I don’t recall knowing that there was any connectivity,” Priestap told the IG of the links between Steele and Deripaska. Priestap said that it was “completely fair” to say that the FBI would have wanted to assess the Steele-Deripaska relationship.

Evans also told the IG that his office would have evaluated the relationship if lawyers had known about it.

“Counterintelligence investigations are complex, and often involve as I said, you know, double dealing, and people playing all sides …. I think that [the connection between Steele and Russian Oligarch 1] would have been yet another thing we would have wanted to dive into,” he told the IG.

Some FBI agents and at least one Justice Department official knew of Steele’s links to Deripaska, though it is unclear why the information didn’t make it to the Crossfire Hurricane team.

According to the report, an FBI case agent on the Crossfire Hurricane team told the IG that Steele’s handling agent knew that Steele had a relationship with Deripaska, but did not mention it to him.

“He would have wanted to know that information because it could have indicated that Steele was being used in a Russian ‘controlled operation’ to influence perceptions (i.e., a disinformation campaign),” the IG report said, referring to the case agent’s statement to investigators.

Justice Department official Bruce Ohr also knew that Steele worked for Deripaska. Steele lobbied Ohr regarding visa issues that Deripaska was having in 2016, according to publicly available emails. Steele also told Ohr during a meeting in Washington, D.C. on July 30, 2016 that Deripaska’s attorney, Paul Hauser, was investigating Manafort.

Steele’s ties to Deripaska have loomed large over the Trump-Russia probe ever since they were revealed early last year. Their links have raised questions over whether Deripaska was a witting or unwitting source of information for Steele, who was hired to investigate Trump in June 2016 by Fusion GPS. Steele’s work for Deripaska has also surprised some because the former British spy was seen as a staunch critic of the Putin regime.

Deripaska has had a complicated relationship with the U.S. government. The State Department revoked his visa in the 2000s over concerns that he had links to Russian organized crime. But Deripaska has been allowed to visit the U.S. over the years on diplomatic visas. He also helped the U.S. government in an effort to track down Robert Levinson, an FBI agent who disappeared in Iran.

Deripaska’s lawyers have denied that the businessman paid for or helped prepare the dossier.

“However, I can confirm that neither my firm nor I was involved in the commissioning of, preparation of or payment for the so-called ‘Steele Dossier.’ I am not aware of any involvement by Mr. Deripaska in the commissioned, preparing or paying for that document,” Paul Hauser, a partner at the firm Bryan Cave, said in a letter to senators on Feb. 14. 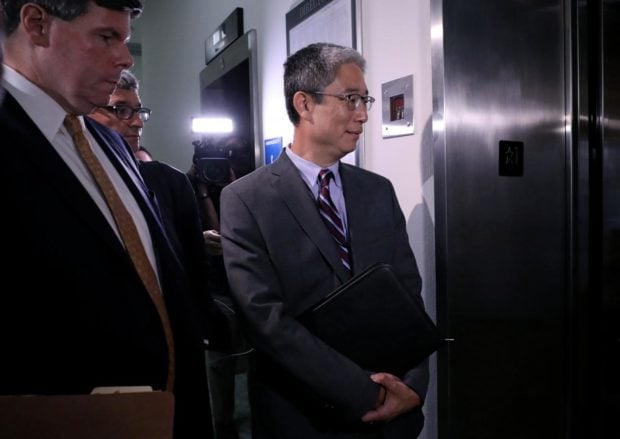 Steele also told the IG that Deripaska had no influence on the information in the dossier.

Steele’s claim rested in part on his belief that Deripaska had “no contact with any of his sources” for the dossier. But Deripaska did have contact with a businessman who Steele told the FBI was an unwitting source for most of the dossier’s most eye-popping claims.

Deripaska and the unwitting source, Sergei Millian, were photographed speaking to each other on June 17, 2016 at an economic forum in St. Petersburg with Deripaska. Steele wrote the first memo of his dossier three days later.

Steele claimed that Millian, who is referred to as Person 1 in the IG report, unwittingly provided information to his main information collector, who is identified as Primary Sub-Source. Millian has long denied being a source for the dossier.

Steele’s primary source disavowed some of Steele’s reporting during an interview with FBI agents in January 2017. The IG report said that the source said that he shared “rumor and speculation” about Donald Trump and members of the campaign with Steele, who reported them as fact in the dossier.

The Crossfire Hurricane team failed to disclose the source’s derogatory comments about Steele in applications to renew surveillance against Page.

Priestap, the former counterintelligence official who oversaw Crossfire Hurricane, told the IG he saw “no indication whatsoever” as of May 2017 that Russia had funneled disinformation through Steele.

Deripaska had accused Manafort of stealing $19 million from an investment they shared in a Ukrainian cable company. Manafort, who is serving time in prison on financial crimes charges stemming from the special counsel’s investigation, sent emails during the 2016 campaign in which he asked an associate how he could use his position on the campaign to “get whole” with Deripaska.