The alleged source of some of the most jarring allegations in the Trump dossier met in June with a Russian oligarch who is both a member of Vladimir Putin’s inner circle and a former business partner of Paul Manafort, President Trump’s one-time campaign chairman.

Sergei Millian, a Belarusian businessman identified as a dossier source, met the Putin insider, Oleg Deripaska, at the St. Petersburg International Economic Forum, held in the northern Russian city between June 16 and 18.

Two days after the forum ended, Christopher Steele, a former MI6 agent conducting research on Trump, wrote a memo based on information from an intermediary who spoke to a source later identified as Millian.

Millian’s appearance at the St. Petersburg expo, photos of which he posted on Facebook, establishes for the first time that he was in Russia at the time the dossier placed him there as a source. And if Millian did indeed discuss Trump at the conference, that means Steele’s direct source was present at the conference.

Those are just a few of the many mysteries surrounding the dossier, which Trump has called “crap” and “phony stuff.”

Steele’s June 20 memo cites a source — Source D — who told an unidentified intermediary that the Kremlin has kompromot of a sexual nature on Trump. According to the source, the Kremlin recorded Trump with prostitutes in a Ritz-Carlton hotel room. The footage was being used to blackmail Trump, the dossier asserts.

Whether Millian (real name Siarhei Kukuts) made the claims about Trump during the forum — and with whom he may have shared them — is unknown.

Adding another layer of intrigue is Deripaska’s connection to the Trump orbit through Manafort.

Deripaska, the president of aluminum producer RUSAL, reportedly invested $18.9 million in a joint venture with Manafort in 2007 to purchase a Ukrainian cable company. Manafort, who would go on to work as a consultant for a pro-Putin Ukrainian politician, said last year that he has not been in touch with Deripaska in four years.

In the dossier, a Source E claimed that Manafort was in charge of a “well-developed conspiracy” between the Trump campaign and Kremlin to release hacked emails and meddle in the election. Manafort and the rest of Trumpworld have denied the allegations.

There is ample reason to doubt many of the claims laid out in the Steele dossier, not least of which is Millian’s involvement as a source. (RELATED: Alleged Dossier Source Has Overstated His Business Connections)

As TheDC has reported, Millian has overstated some of his business dealings with several U.S. companies through a group he founded in 2006 called the Russian-American Chamber of Commerce.

One associate of Millian’s described him to TheDC as a “hustler” and “self-promoter.”

Former CIA director Mike Morell has raised other questions about the dossier.

Though staunchly anti-Trump, Morell said Wednesday that he was troubled by the fact that Steele did not speak directly with the sources of information in the dossier. Instead, he paid intermediaries who in turn paid sources for the information that wound up in the memos. (RELATED: Former CIA Director Has Serious Doubts About Trump Dossier) 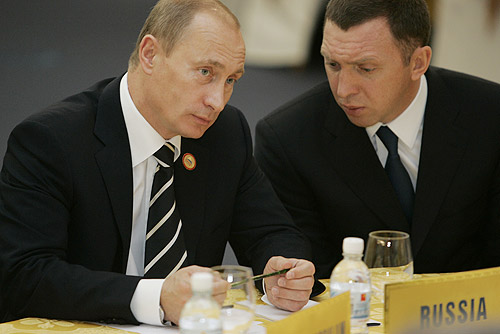 Morell said that that sort of payment arrangement is a concern because it could incentivize sources to provide any sort of information, inaccurate or not, just to get paid.

Whether Millian was paid as a source is another of the many unknowns surrounding the dossier, which BuzzFeed News published on Jan. 10.

ABC News’ reporting has suggested that Millian was not compensated. The network reported that Millian unwittingly provided information to an intermediary working for Steele.

Millian, who resides in New York, has declined numerous requests for comment. Steele, who was hired in June by a firm called Fusion GPS (which had in turn been hired by a Clinton supporter), has not commented publicly on the dossier.

Millian’s Facebook photos of the St. Petersburg forum show him engaged with a small group of people, including Deripaska and Julia Chatterley, a CNBC news anchor who moderated events at the conference.

Several other unidentified individuals are seen in the photo. A placard for Alpha Conde, the president of the Republic of Guinea, is seen in the background. A search of the St. Petersburg forum’s program shows that Chatterley moderated a talk attended by Conde and Deripaska.

Chatterley told TheDC that she vaguely recalls the encounter with Millian and Deripaska, but says that they did not discuss politics or Trump.

A month after the St. Petersburg event, Millian claimed in an interview to have close contacts to both Trump and the Kremlin.

“I’m one of those very few people who have insider knowledge of Kremlin politics who has the ability to understand the Russian mentality and who has been able to successfully integrate in American society,” Millian told ABC News in an interview.

Millian’s claims about being close to the Kremlin and Trump received a moderate level of media attention at the time. To some, his remarks supported the fledgling theory that Trump was compromised by the Russian government. That theory gained steam as the election drew near and hit its apex soon after Trump won the presidency.

The FBI is reportedly investigating whether Trump campaign advisers, including Manafort, colluded with the Kremlin to influence the election. The dossier may also be among the evidence being considered by investigators. CNN has reported that investigators believe that at least some of the dossier is accurate. The Washington Post also reported that the FBI struck an informal agreement with Steele in October to continue his work. The deal fizzled, however, and it is not known why. 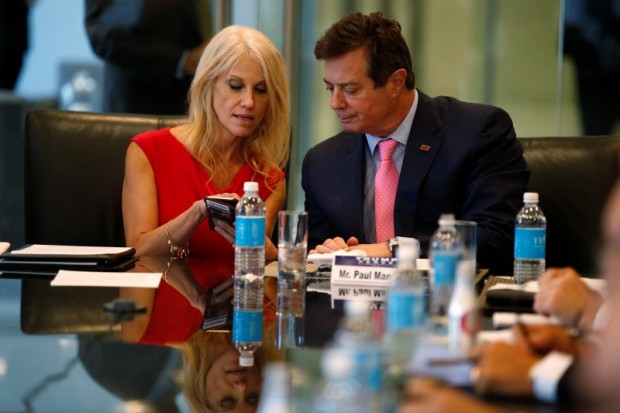 Teasing out which information Millian is alleged to have provided for the dossier has proved to be a tricky task.

As The Wall Street Journal reported, Millian is referred to in some dossier memos as Source D and as Source E in others.

The June 20 memo cites both a Source D and a Source E. But given that Source D is not cited in any other memos, it stands to reason that Millian is Source D in that document. It is not clear yet whether Millian is the Source E cited in several other memos Steele authored.

In a July 19 memo, Source E, who is referred to as an “ethnic Russian close associate of Trump,” claims that the Trump campaign and Kremlin were engaged in a “well-developed conspiracy” to release hacked emails to hurt Clinton.

Manafort oversaw the scheme and directed a campaign adviser named Carter Page to liaise with the Kremlin, according to the dossier source.

There’s no evidence to support the claim, and Manafort has denied even knowing Page, who the Trump team says was a marginal figure on the campaign.

Page, an energy investor with business ties to Russia, has come under scrutiny because of a July 7 trip he took to Moscow. He is reportedly one of the Trump campaign advisers whose activities are being investigated by the FBI.

As for Deripaska, he has been denied visas to the U.S. in the past because of alleged ties to the Russian mafia. To help fight the visa denials, the oligarch paid former presidential candidate Bob Dole $560,000 to lobby the government on his behalf. NBC News reported last year that Deripaska now has diplomatic immunity through the Kremlin and can travel freely to the U.S.