Epstein was arrested in July and died in an apparent suicide while awaiting trial in a Manhattan jail. The circumstances surrounding his death have been scrutinized, and multiple issues have been reported surrounding the Metropolitan Correctional Center, the jail where Epstein was being held at the time of his death.

Assistant U.S. Attorney Jason Swergold confirmed Wednesday that the footage was missing from Epstien’s first suicide attempt in July, and there appears to be no copy, according to the New York Daily News. The news was shared during a White Plains District Court hearing.

The government was asked to look into the incident at the request of Judge Kenneth Karas, the NY Daily News reported. 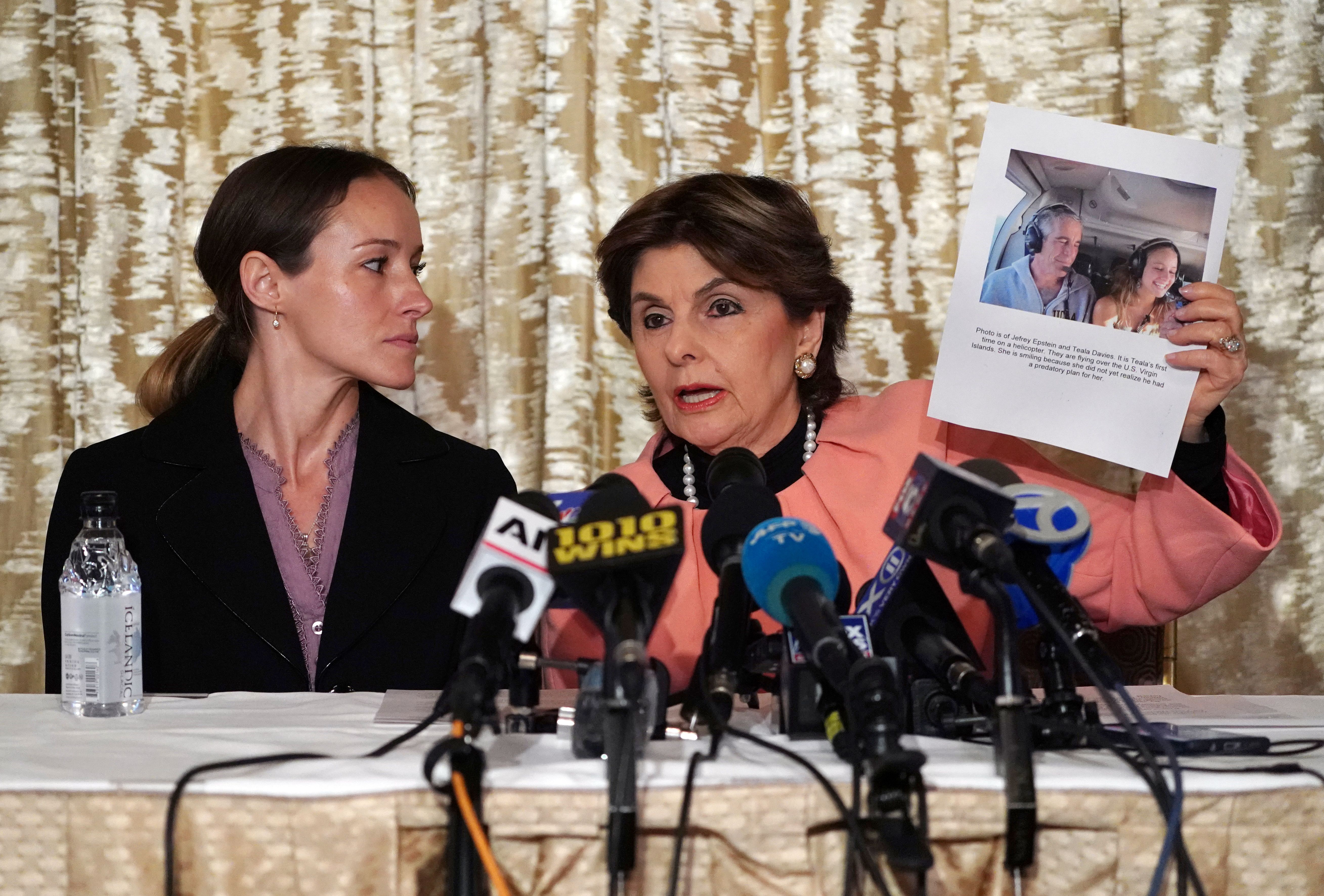 Attorney Gloria Allred (R) and her client Teala Davies, who claims to be a victim of sexual abuse by Jeffrey Epstein when she was a minor, hold a press conference in New York City. (TIMOTHY A. CLARY/AFP via Getty Images)

News of the missing footage was revealed during Nick Tartaglione’s hearing. Tartaglione, a former police officer, is accused of a quadruple homicide and faces the death penalty. This footage was important to his case because it could have spoken to Tartaglione’s character.

The former police officer allegedly helped save Epstein’s life during the first suicide attempt July. The two were cellmates and Epstein reportedly said Tartaglione attacked him, according to the NY Daily News.

Epstein died in an apparent suicide Aug. 10. Two jail employees were charged in November with falsifying records and neglecting duties during the night Epstein died.