On December 31, 1999, Vladimir Putin became President of Russia for the first time. Few in Washington back then knew what to expect from the little-known former KGB officer.

Twenty years later, most Republicans and Democrats alike regard the Russian president as a sworn enemy of the United States. Although President Donald Trump has on occasion expressed interest in finding common ground with Putin, his efforts have received strong pushback from Congress and the U.S. intelligence community.

But Putin didn’t always have such a toxic reputation in Washington. For a brief period during the early 2000’s, the Russian leader was viewed as one of the United States’ most important partners in the fight against terrorism.

Putin was the first foreign leader to offer his condolences to President George W. Bush following the 9/11 attacks. Additionally, the Russian president gave a televised address to the American people, in which he declared, “We are with you, we entirely and fully share and experience your pain. We support you.” (RELATED: Bush explains his comment about Putin’s soul, says Russian leader ‘changed’) 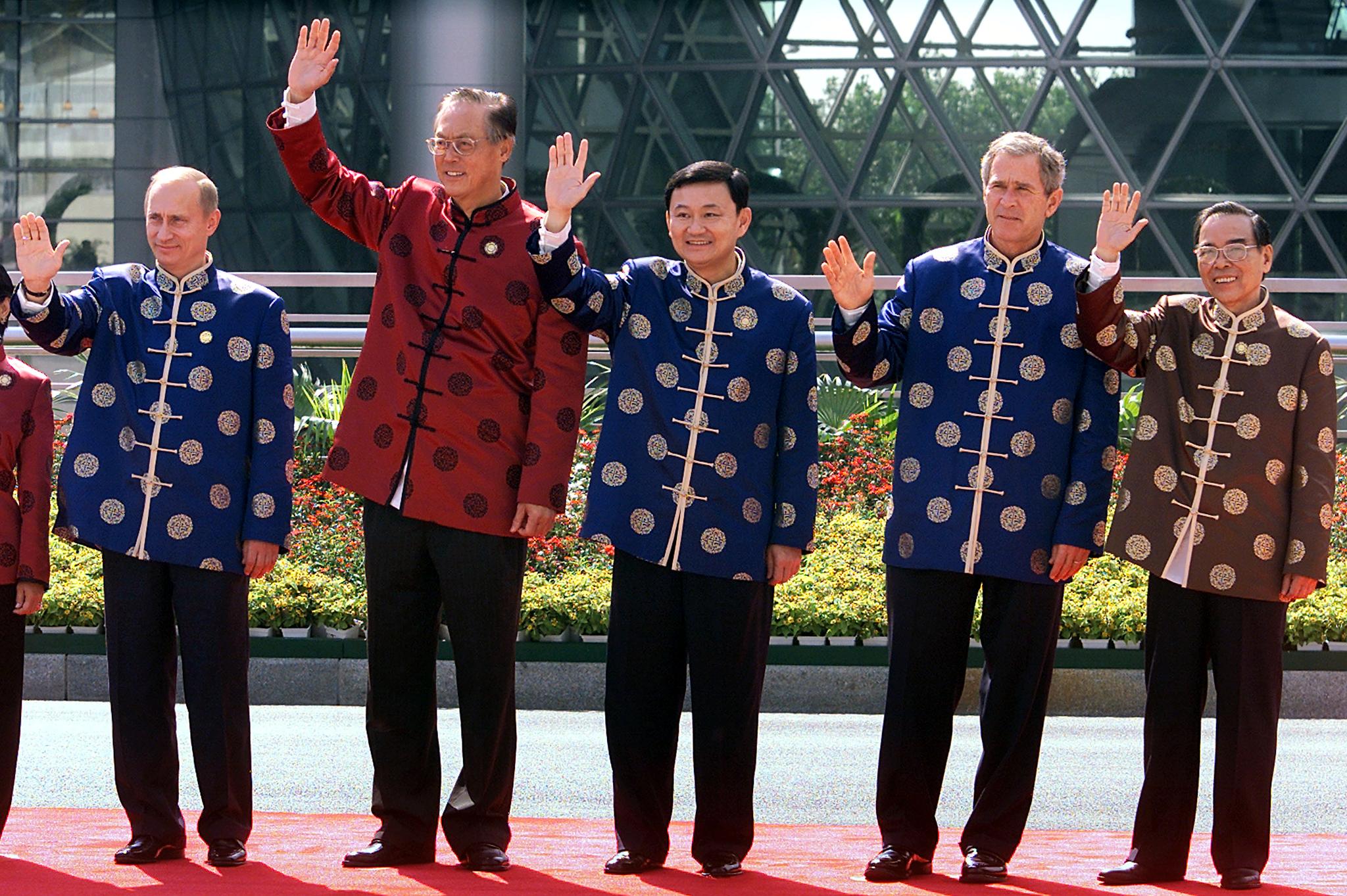 SHANGHAI, CHINA: (L to R) Russia President Vladimir Putin, Prime MInister of Singapore Goh Chok Tong, Thai Prime Minister Thaksin Shinawatra, US President George W. Bush and Vietnamese Prime Minister Phan Van Khai wave during a group picture at the Science and Technology Museum after a meeting of the Asia Pacific Economic Cooperation (APEC) leaders, 21 October 2001 in Shanghai. The two-day APEC summit has focused on measures to counter terrorism in the wake of the attacks on the United States last month, and to boost trade to support the slumping global economy. (STEPHEN JAFFE/AFP via Getty Images)

Amid the heightened state of alert by the United States, Putin also ordered the Russian military to stand down its troops and cancel planned bomber and missile exercises.

But Putin’s support for the United States following 9/11 went beyond symbolic gestures. The Russian president instructed his intelligence agencies to share information “about the infrastructure and locations of international terrorists and about the bases training militants” with the United States. He also offered the United States to use Russian airspace for delivering supplies to Afghanistan.

Perhaps most surprisingly of all, Moscow gave Washington a greenlight to establish military bases in Central Asia as part of its campaign in Afghanistan. Russia had up until that point strongly opposed any American military presence in the former Soviet Union. (RELATED: EXCLUSIVE: Former US Diplomat Slams Clinton For Accepting Russia Expulsion Order)

Secretary of State Colin Powell later called Russia “a key member” of the U.S.-led antiterrorist alliance credited Moscow for playing “a crucial role” in its success. 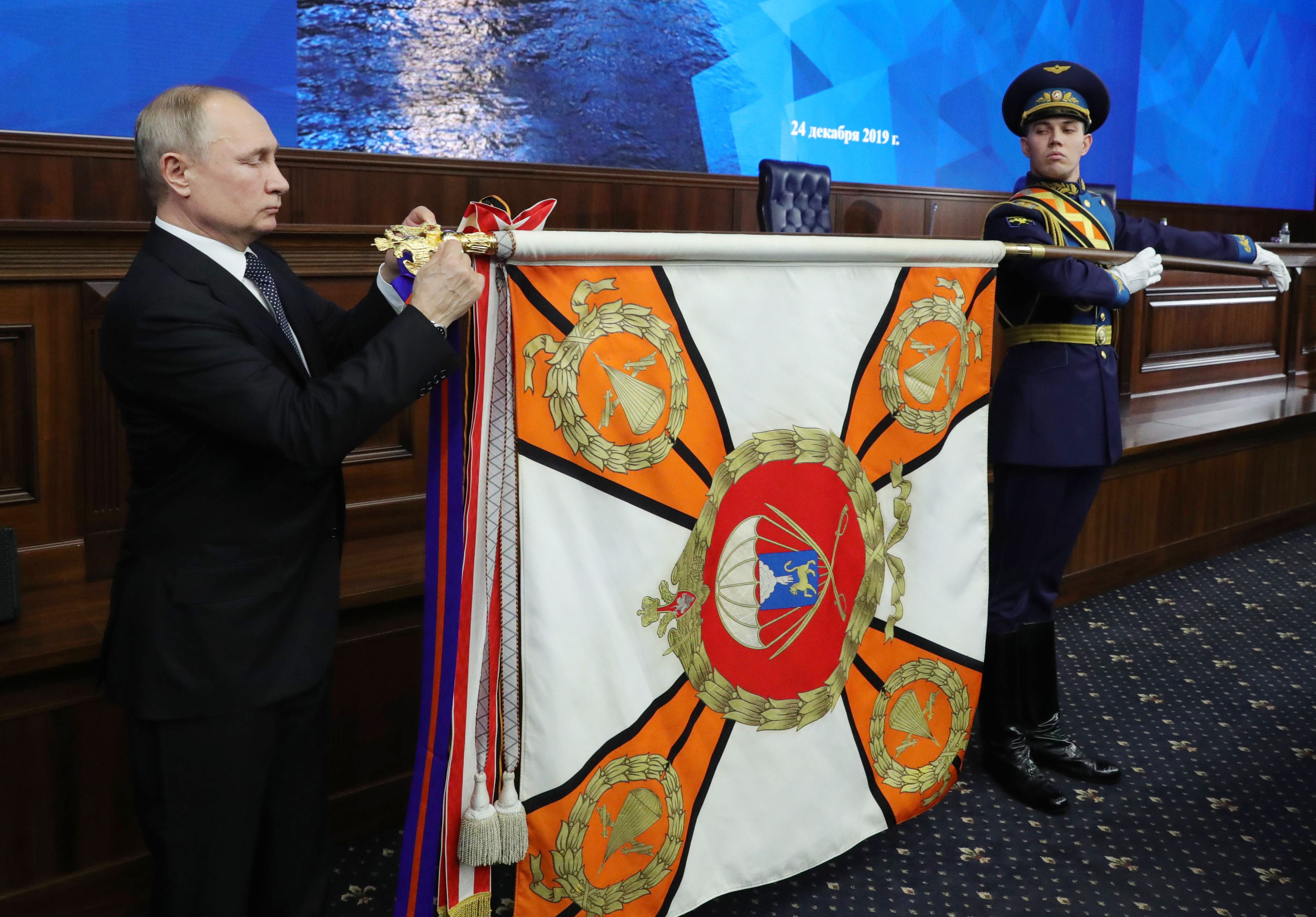 Russian President Vladimir Putin adjusts the ribbon of Kutuzov’s order on the Standart of Russia’s 104th airborne assault regiment after attending the annual meeting of the Defence Ministry board, in Moscow on December 24, 2019. (Photo by Mikhail Klimentyev / Sputnik / AFP) (Photo by MIKHAIL KLIMENTYEV/Sputnik/AFP via Getty Images)

Beyond the War in Afghanistan, Putin announced that Russia would shut down its spy station in Lourdes, Cuba — its largest military base and intelligence facility in the Western Hemisphere. Russia’s decision elicited strong protests from the Cuban government, which called the closing “a grave threat to Cuba’s security,” and accused Moscow of cozying up to Washington.

Not everyone in Russia was fond of Putin’s overtures toward the United States. Many in the Russian political and military establishment heavily criticized Putin for his willingness to cooperate with the Bush administration’s War on Terror. A group of retired Russian generals, including a former Russian defense minister, went so far as to publish a series of open letters denouncing Putin for “selling out” and “betraying” Russia’s national interests.

When the Iraq War rolled around in 2003, Russia had a more mixed reaction. Although Putin urged Bush against going to war, he also emphasized that “Russia is not interested in the defeat of the United States.” Moscow’s criticisms of the Iraq War were far more subdued than those of Paris and Berlin, two longtime American NATO allies. This fact did not go unnoticed in Washington. In the spring of 2003, National Security Advisor Condelezza Rice declared that U.S. policy Europe would be to “punish France, ignore Germany and forgive Russia.” (RELATED: Trump Claims America Stopped Terrorist Attack In Russia, Putin Called To Thank Him)

But the warm relationship between Putin and the United States would not last for long. In 2004, NATO expanded to include Estonia, Lithuania, and Latvia. The three Baltic states were the first former Soviet republics and the first countries on Russia’s border to join the alliance. Moscow furiously denounced the expansion as a threat to Russian national security. 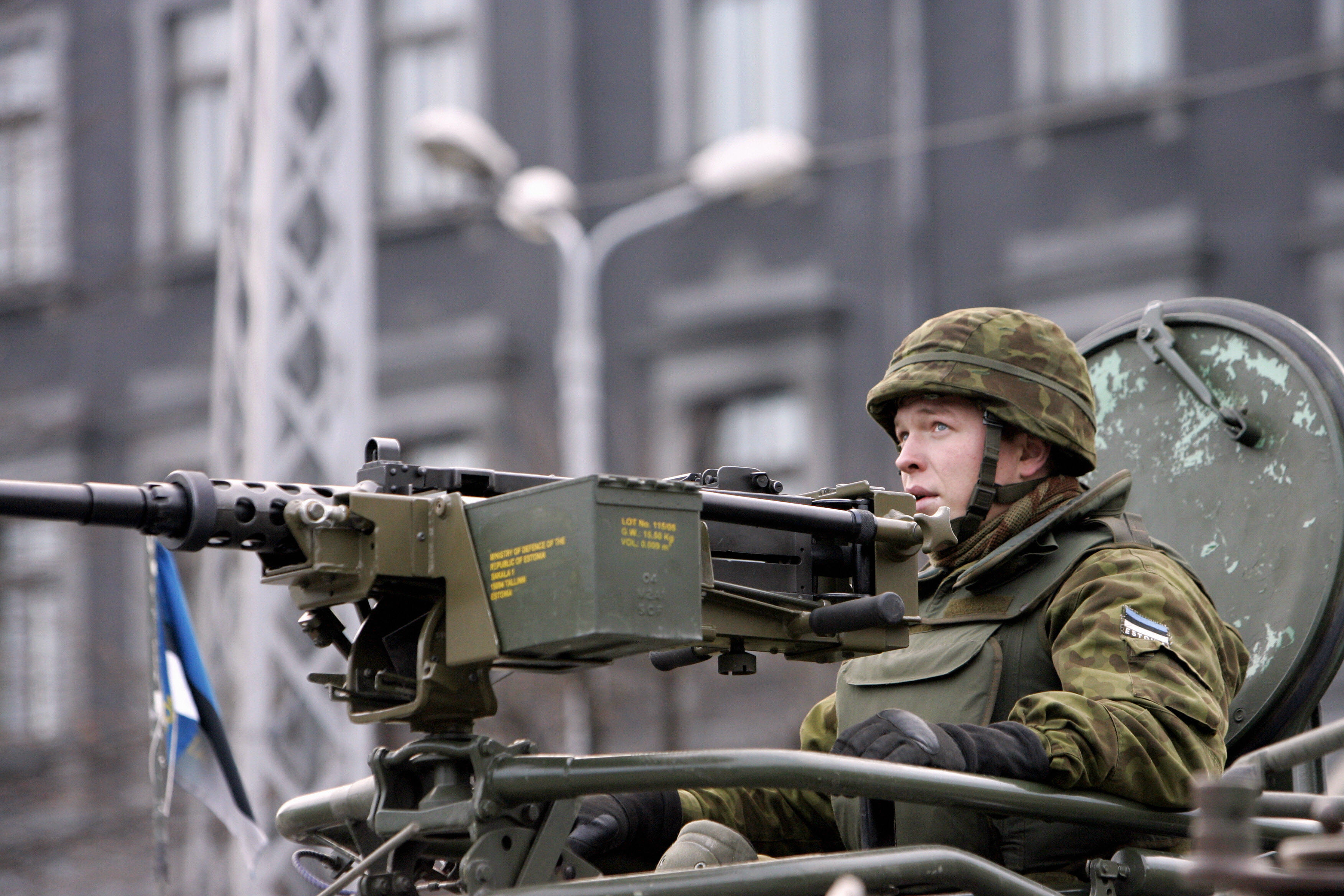 Riga, LATVIA: An Estonian soldier stands guard on a armoured vehicle at the entrance to the closed zone during the NATO Summit in Riga, Latvia, 28 November 2006. Except for uniformed soldiers patrolling the streets, the Latvian capital was almost empty 27 November with many residents escaping on a “NATO holiday” to avoid a security clampdown for the upcoming alliance summit. Leaders from the 26 member states of NATO were due Tuesday to begin a summit meeting at which they would be urged to “whole-heartedly” commit their resources to strife-torn Afghanistan. AFP PHOTO / JANEK SKARZYNSKI (Photo credit should read JANEK SKARZYNSKI/AFP via Getty Images)

Several years later, the Bush administration floated the idea of incorporating Ukraine and Georgia into NATO. Although the proposal never materialized, it alarmed the Kremlin and continues to fuel Russia’s suspicion of the West to this. One of the rationales Putin gave to justify his annexation of Crimea was to prevent the peninsula from falling in NATO hands.

Moscow and Washington increasingly sparred over democracy in Russia and Eastern Europe. A few years into his first term, Putin began rolling back some of the political and civil liberties that had existed under his predecessor Boris Yeltsin. The Bush administration criticized these moves, a fact that provoked resentment from the Kremlin.

When a wave of revolutions swept over the former Soviet bloc from 2003 to 2005, Putin accused the United States for trying to encircle Russia with hostile governments. He contended that U.S. support for local nonprofit and civil society groups represented a form of political interference. But the United States defended its aid as legitimate democracy promotion work. It also emphasized that the revolutions were home-grown. (RELATED: OPINION: American Leadership Is Key To Eurasian Stability) 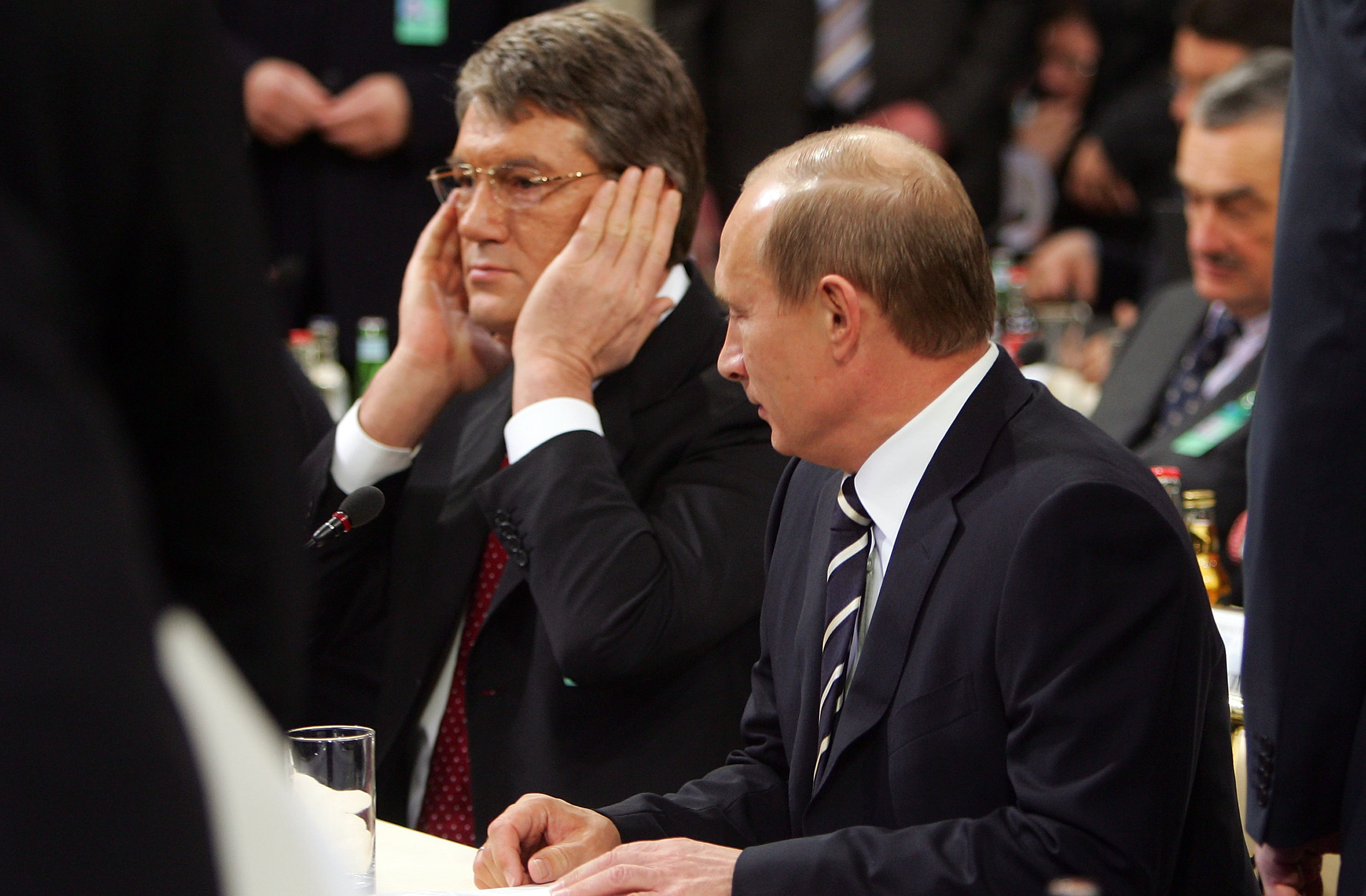 From that point onward, the U.S.-Russian relationship has been on an almost uninterrupted downward spiral. Even during a brief detente from 2008 to 2011, the Obama administration made it clear that it saw then Russian President Dmitry Medvev as the future. Putin’s return to the Kremlin in 2012 came as an unwelcome surprise.

Few could expect the current state of U.S.-Russian relations in the immediate aftermath of 9/11. Prior to a November 2001 summit with Bush, Putin told American reporters that a return to the Cold War past was impossible.

“If anyone thinks that Russia can again become an enemy of the United States, those people do not understand what has happened in Russia, what country it has become.”