After the migrant caravans from Central America in 2017 and 2018 renewed calls for increased security on the U.S. southern border, there are signs that a new surge of migrants is ready to test the endurance of U.S. Customs and Border Protection (CBP).

For the first time in years, many of the asylum seekers accumulating on the southern border are from Mexico as they emulate the actions of Central American migrants who have also sought asylum in the United States.

After the surges in migrants from Central America over the past few years, the new surge seems to be made up of Mexican nationals as they adopt the tactics of the Central Americans in order to make it across the border. In November, Acting Commissioner of Customs and Border Protection Mark Morgan announced that Mexican nationals made up a majority of those apprehended at the southern border for the first time in 18 months. 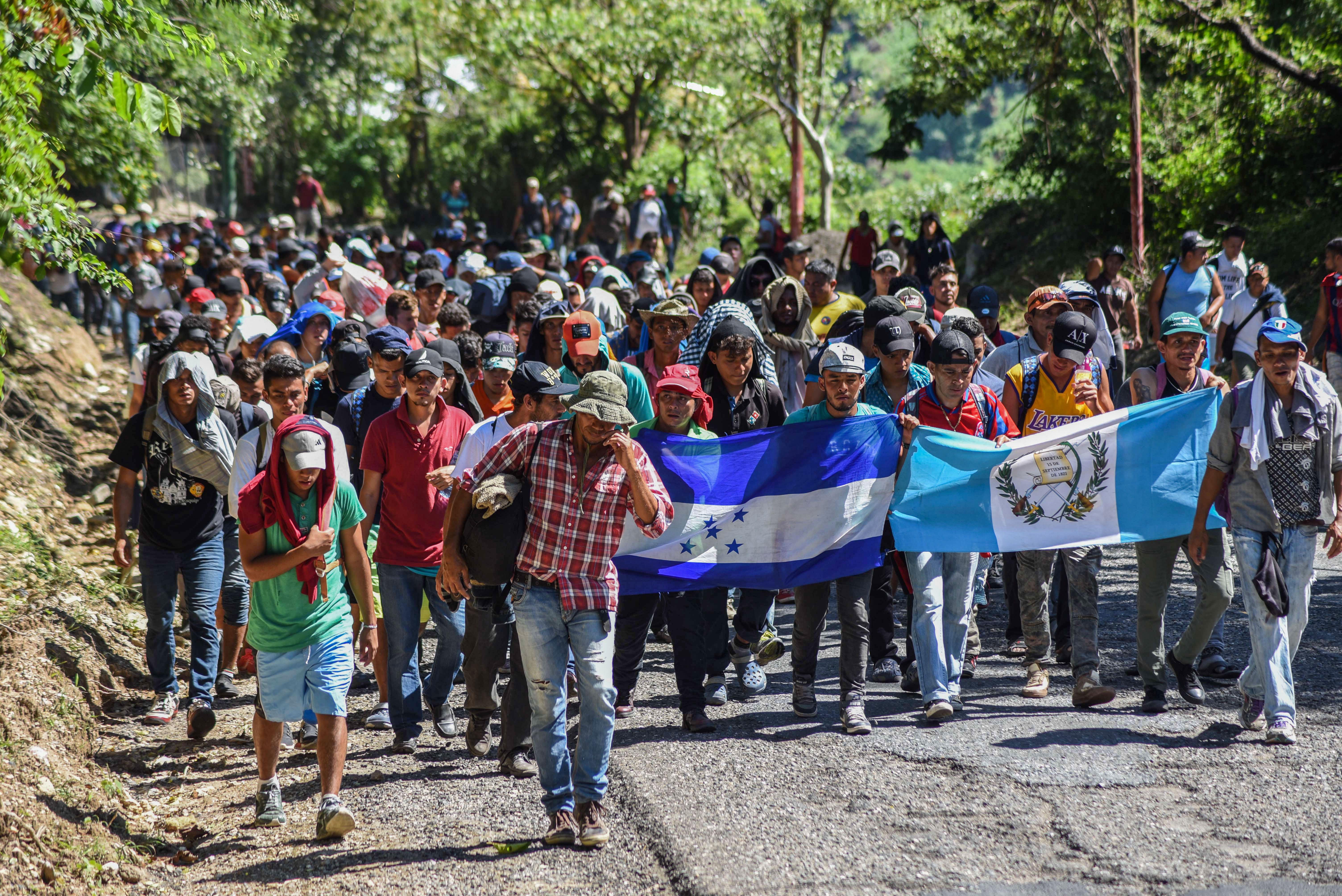 TOPSHOT – Honduran migrants take part in a new caravan heading to the US with Honduran and Guatemalan national flags in Quezaltepeque, Chiquimula, Guatemala on October 22, 2018. (Photo by ORLANDO ESTRADA / AFP) (Photo credit should read ORLANDO ESTRADA/AFP via Getty Images)

Hearing about the successful asylum requests of Central Americans, many Mexicans are now heading to the U.S. border to request asylum from the escalating gang violence present in several parts of Mexico. They have adopted the same caravan-style groups that Central Americans used in early 2019 to garner both media attention and to overwhelm immigration officers with sheer numbers. The number of asylum seekers on the U.S. border has more than quadrupled since February. Roughly half of the 21,000 asylum seekers languishing on asylum waiting lists are Mexican, representing a massive increase from the number in 2018 and reversing the decrease in migrants from Mexico that has characterized immigration into the U.S. for the past few years. (RELATED: Mexican Caravan Traveled In Opposite Direction Of US For Christmas Holiday)

However, the surge of Mexican migrants presents a special challenge for the immigration system that circumvents the Trump administration’s new “Remain in Mexico” policy. Simply put, Mexican asylum seekers cannot be sent back to Mexico. International law dictates that those seeking asylum cannot be deported back to their home countries where they face persecution.

The “Remain in Mexico” Policy has proven successful at Central American keeping asylum seekers out of the U.S. Under the policy, asylum seekers from Central America, namely Guatemala, El Salvador and Honduras, are kept in Mexico while they await their court dates. This prevents them from escaping into the interior of the country and skipping their hearing can appraise the veracity of their asylum claim. Over 56,000 migrants have been moved back into Mexico to await their court hearings. Since launching the program in January 2019, only 11 cases have been deemed to be legitimate requests for asylum.

Gang violence has plagued Mexico as both the U.S. and Mexican governments have battled drug cartels that effectively control large portions of the country. Since 2006, there have been over 250,000 drug-related murders in Mexico. The country experienced over 29,000 murders in 2019, according to the Mexican government.

CAMPO, CA – JULY 30: US Border Patrol agents carry out special operations near the US-Mexico border fence following the first fatal shooting of a US Border Patrol agent in more than a decade on July 30, 2009 near the rural town of Campo, some 60 miles east of San Diego, California. (Photo by David McNew/Getty Images)

An email from Andrew Davidson, chief asylum official in the U.S. Citizenship and Immigration Services, obtained by the Daily Caller News Foundation in December 2019 revealed the protocols used to deal with the Mexican nationals seeking asylum. In the email, Davidson cautioned officers to appraise whether a Mexican national seeking asylum could internally relocate within Mexico to escape the alleged persecution before accepting an asylum application.

Also, they have developed a tactic called “metering” in which migrants are put on waiting lists and only a few migrants are allowed to enter the U.S. every day. At some crossings along the Rio Grande, Border Patrol officers meet asylum seekers halfway to screen their applications, only allowing a small trickle of migrants to cross at a time.

The Department of Homeland Security has also launched the Interior Repatriation Initiative in which Mexican nationals stopped at the border are sent to the center of the country instead of just back over the U.S.-Mexico border, making a journey to try to enter again more difficult. The Trump administration has also considered deporting Mexican asylum seekers to all the way Central America instead of back to Mexico.

The numbers of Central American migrants have dropped precipitously since the height of the migrant crisis in May 2019, but now there are signs that a new surge of asylum seekers is on the horizon — this time from Mexico. As violence between brutal drug cartels and the Mexican government continues to rage across the country, the U.S. could see thousands, and perhaps tens of thousands, more migrants trying to enter the country through the southern border, and the country’s immigration system could come under heavy strain once again.