Jared Kushner’s family reportedly “lied” on immigration paperwork in order to enter the United States, according to an upcoming book that details the family’s survival of the Holocaust, escape from Europe, and their buildup of a business empire.

Jared’s grandfather, Joseph Kushner, falsely claimed in 1949 to be his father-in-law’s son to help ensure he’d be able to reach the U.S., the New Yorker reported Monday. The article was an excerpt from an upcoming book, “American Oligarchs: The Kushners, The Trumps, and the Marriage of Money and Power” by Andrea Bernstein. The book goes into great detail about the Kushner family’s woes in Europe and their eventual rise in U.S. business and political world.

Stuck in Italy after escaping Soviet-controlled Eastern Europe, Yossel Berkowitz — Jared’s grandfather — reportedly assumed his wife’s maiden name, listing himself as “Joseph Kushner” on immigration paperwork. This was done in order to take advantage of laws that prioritized visas for sons and fathers, and he had been traveling with father-in-law at the time.

“It was not long afterward that the Kushners lied on immigration paperwork and Yossel Berkowitz took his wife’s last name, becoming Joseph Kushner, or Josef Kushnier, as his name was spelled then,” Bernstein’s book alleges. 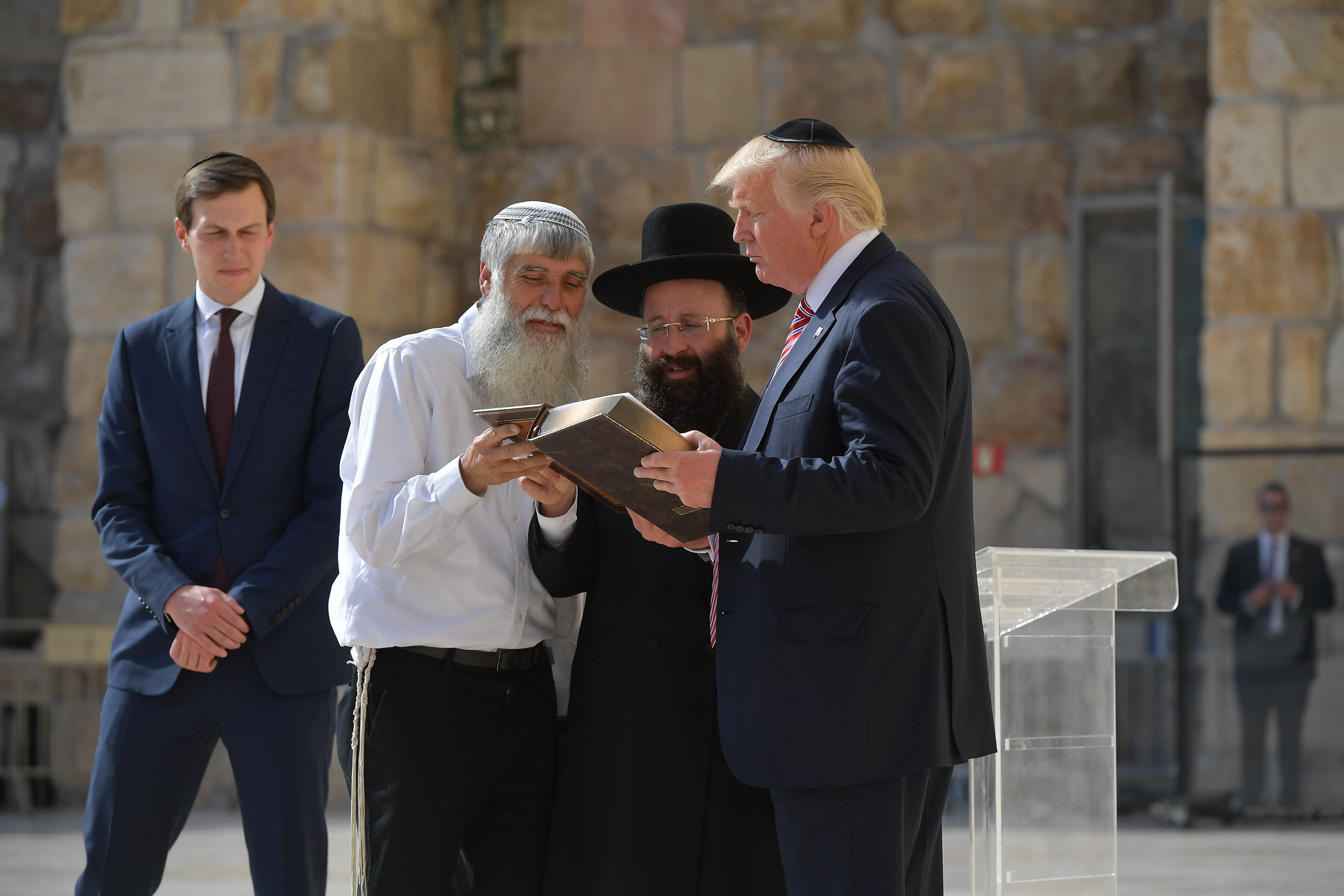 US President Donald Trump listens to Rabbi Shmuel Rabinovitch (C) during a visit to the Western Wall, the holiest site where Jews can pray, in Jerusalems Old City on May 22, 2017. On the left, Trump’s son-in-law and senior advisor Jared Kushner. (Photo: MANDEL NGAN/AFP via Getty Images)

The newly-minted Kushner family was eventually able to emigrate to the U.S. with the help of the Hebrew Immigrant Aid Society, an American nonprofit group that assisted tens of thousands Jews flee Europe. The family, according to the excerpt, had $2 to their name when they arrived in the U.S. The nonprofit group provided the Kushner’s with housing and a food allowance for three months.

The nearly 6,200-word excerpt then lists the Kushners’ eventual success in business. The Hebrew Immigrant Aid Society helped Joseph find a job as a carpenter in New Jersey, a career that was in high-demand in the post-WWII construction boom. The job proved to a lucrative endeavor for the Kushner patriarch.

“At the time of his death, in 1985, Joe had built four thousand homes — all of them above ground, unlike the pit he inhabited in Poland during the war—and he had accumulated tens of millions of dollars,” an excerpt from the book read. Joseph’s son, Charlie (Jared’s father), established Kushner Companies in 1985, and refocused the business from primarily on development, expanding to include acquisition, management, and debt.

The wealthy Kushner family then established themselves as mega-donors for the Democratic Party. Charlie, for example, shelled out more than $3 million in donations to various Democratic candidates, becoming the largest Democratic donor in New Jersey by the end of the 20th century, according to the excerpt. (RELATED: ‘Haven’t Had A Recession In 28 Years’: Kushner Touts Countries With Merit-Based Immigration)

Much of the Kushner family history appears to come in contrast to Jared’s life now, a senior aide in a Republican administration and an architect of many of the White House’s immigration proposals. President Donald Trump tasked Jared with outlining an overhaul to the country’s immigration subsystem, and is now putting him in charge of overseeing southern border wall development ahead of the 2020 election.