The Supreme Court took up two high-profile disputes Friday as it rounds out its docket for the 2019-2020 term, agreeing to decide on the Trump administration’s bid to enforce exemptions from the Obamacare contraception mandate for religious dissenters, and whether state laws punishing “faithless” presidential electors are unconstitutional.

The latter case will be decided just months before the 2020 election, and could be decisive to the outcome of a closely-fought race. The previous election featured seven rogue electors casting ballots for candidates like Colin Powell and Faith Spotted Eagle, a Native American activist.

About half the states have laws requiring electors to cast their ballots for the candidate who won the popular vote in their state. The plaintiffs in Friday’s case are three Washington State electors — Peter Chiafalo, Levi Guerra and Esther John — who cast their votes in 2016 for Colin Powell instead of Hillary Clinton. State law imposes a fine of up to $1,000 on electors who break with the results of the popular vote. The justices also granted a similar dispute with Colorado, which they consolidated with the Washington case.

The Obamacare case involves the law’s contraception mandate, which requires that employer plans include contraceptive coverage with no copay. Churches and other religious organizations are already able to opt-out of the requirement, but the government wants to expand the exemption’s scope to include a broader array of groups. Two appeals courts upheld injunctions stopping the administration’s proposed reform. (RELATED: Supreme Court Appears Skeptical Of ‘Bridgegate’ Convictions) 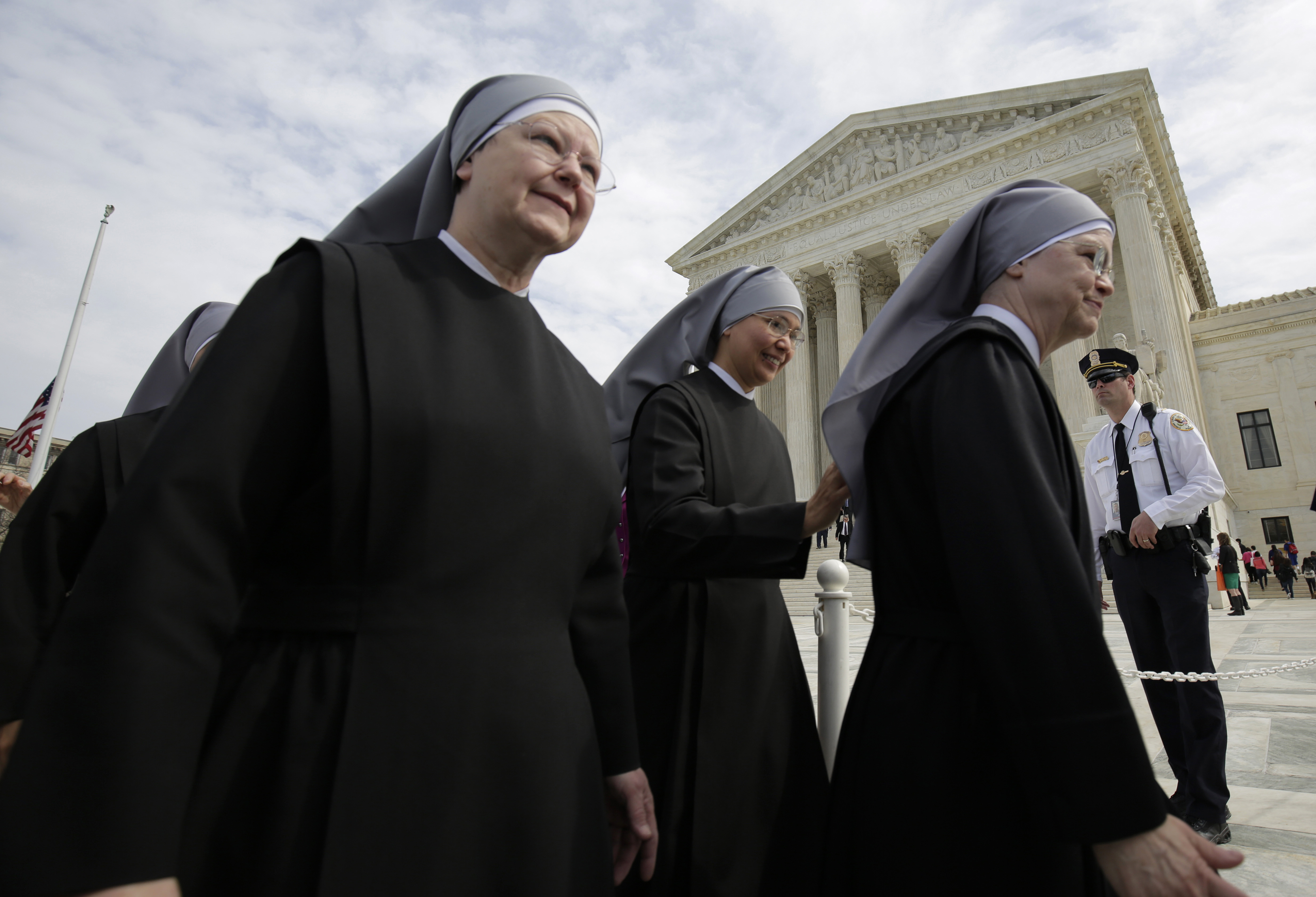 The Little Sisters of the Poor outside the Supreme Court on March 23, 2016. (Reuters/Joshua Roberts)

The Little Sisters of the Poor, who have resisted the mandate in court for years, asked the high court to lift those injunctions.

“It is disappointing to think that as we enter a new decade we must still defend our ministry in court,” said Mother Loraine Marie Maguire of the Little Sisters of the Poor. “We are grateful the Supreme Court has decided to weigh in, and hopeful that the justices will reinforce their previous decision and allow us to focus on our lifelong work of serving the elderly poor once and for all.”

Arguments in both cases will like come in April, with a decision to follow in June. The cases are No. 19-456 Chiafolo v. Washington and No. 19-431 Little Sisters of the Poor v. Pennsylvania.