Lawyers for former Rudy Giuliani associate Lev Parnas are calling on Attorney General William Barr to recuse himself from an investigation into the Soviet-born businessman, and to appoint a special prosecutor from outside the Justice Department to lead the probe.

“Due to the conflict of interest of your being involved in these matters as Attorney General, and in an effort to preserve the public trust in the rule of law, we request that you recuse yourself and allow the appointment of a special prosecutor from outside the Department of Justice to handle this case,” Parnas lawyers Joseph Bondy and Stephanie Schuman said in a court filing Monday.

The attorneys cited the CIA whistleblower complaint against President Donald Trump, which asserted that Trump planned to have Barr speak with Ukrainian government officials about investigations into possible Ukrainian meddling in the 2016 election, as well into whether Joe Biden intervened to help a Ukrainian energy company linked to his son, Hunter.

Parnas said in an interview with MSNBC’s Rachel Maddow earlier in January that Trump and Barr knew about his work with Giuliani to dig up information in Ukraine. (RELATED: CNN And MSNBC Let Lev Parnas Off The Hook)

The Justice Department disputed Parnas’s allegation that Barr was aware of his work with Giuliani, calling it “100% false.”

A federal grand jury in Manhattan indicted Parnas and three associates Oct. 10, 2019, on charges that they conspired to make illegal campaign contributions to Republican politicians and a pro-Trump political committee. Parnas worked closely with Giuliani to disseminate information about Marie Yovanovitch, the former U.S. ambassador to Ukraine, and the Ukrainian business activities of Hunter Biden. 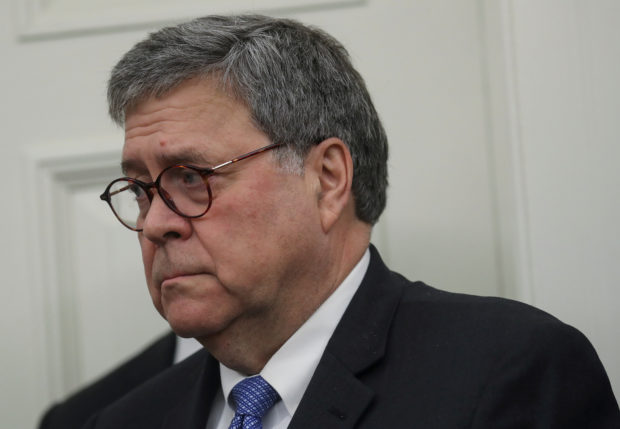 Prosecutors in the Southern District of New York, where Parnas’s case is being handled, have indicated that more charges could be coming against the Florida-based businessman, who has pleaded not guilty in his case. Parnas’s lawyer said he is open to cooperating with prosecutors.

He and his associates are accused in the existing indictment of making illegal campaign contributions in 2018 to then-Rep. Pete Sessions, as well as to a pro-Trump super PAC. The indictment alleges that Parnas made the contribution to Sessions in hopes of forcing Yovanovitch’s removal as Ukraine ambassador.

Parnas and Sessions met at the Texas Republican’s offices in Washington, D.C., on May 9, 2018. That same day, Sessions sent a letter to Secretary of State Mike Pompeo urging him to consider recalling Yovanovitch from her post.

Parnas worked closely with Giuliani over the ensuing months to disseminate negative information about Yovanovitch. Trump ultimately recalled her April 24, 2019.