The big news out of Virginia this past weekend might be guns, and yet the bigger news, longer term, might be infrastructure. We just don’t know when that longer term will actually come to term.

On Monday, a pro-Second Amendment rally in Richmond captured national attention. Given that guns, pro and con, are about the hottest of hot-button issues, it’s quite possible that firearms will be front-and-center in the coming election; President Donald Trump tweeted his support of the pro-gunners, several times, in fact.

Yet there’s another story out of Virginia — not as passionate, perhaps, but just as profound. That story concerns rail infrastructure. In December, Democratic Virginia Gov. Ralph Northam — yes, that Ralph Northam, the man who rode out the media frenzy over his blackface appearance 35 years ago — hammered out a multi-player deal involving the Old Dominion’s state government, the feds, various local governments, and CSX (a railroad company tracing its roots back to 1827), all planning to spend $3.7 billion to upgrade Virginia’s rail system. (RELATED: Another Attempt At Infrastructure Week)

Most notably, rail service between Washington, D.C., and Richmond will become hourly; that improvement offers Richmond the opportunity to become part of the “Acela Corridor,” with all the attendant economic benefits. For instance, if long commutes to D.C. from the Virginia hinterlands become feasible thanks to better rail service, that improvement would help make housing more affordable for D.C.-area workers. 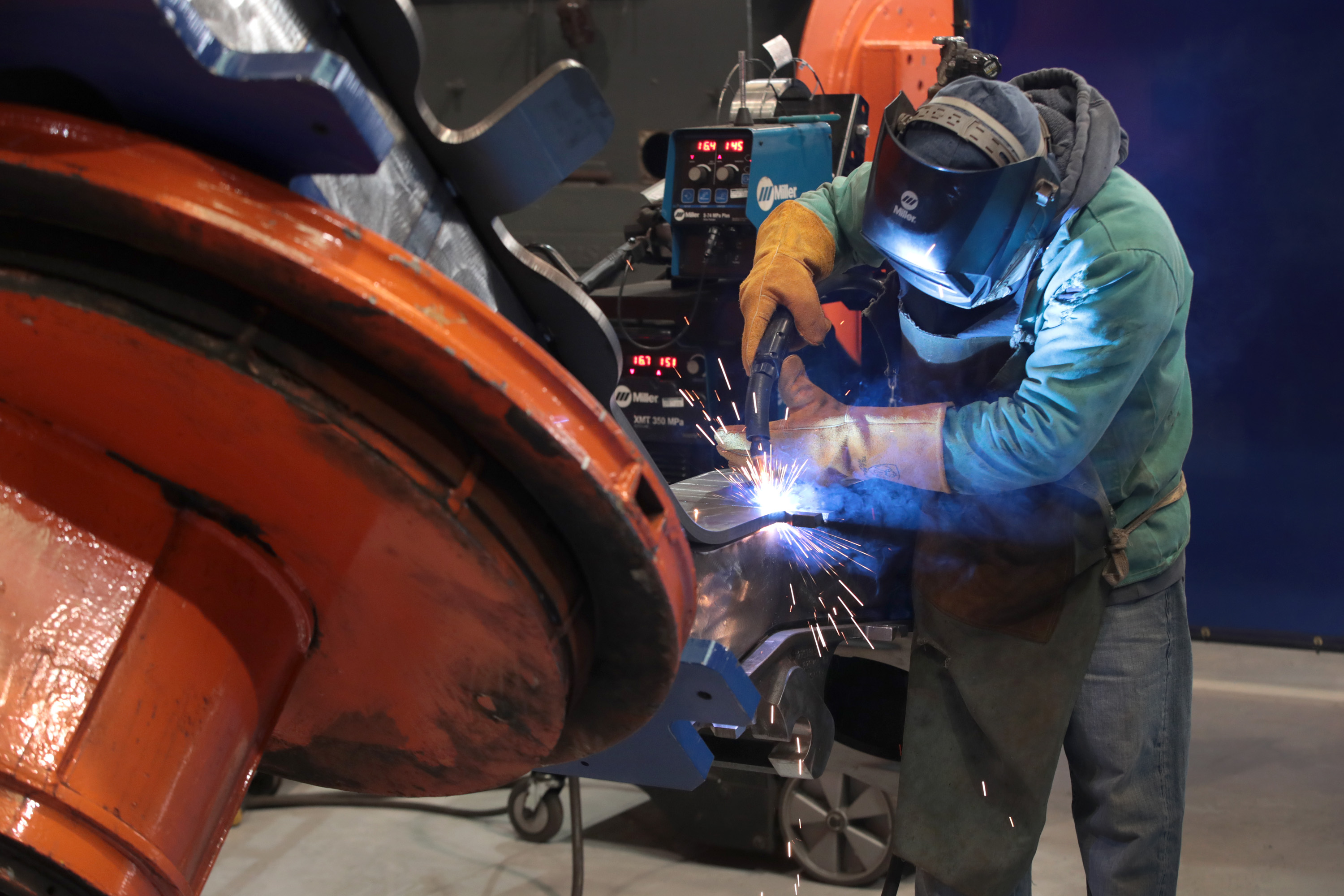 A worker at LB Steel LLC manufactures a wheel assembly known as a “bogie” to be used on the new Amtrak Acela trains which are being built in partnership with Alstom on Dec. 4, 2019 in Harvey, Illinois. (Photo by Scott Olson/Getty Images)

Moreover, if “Boswash” (Boston-to-Washington) were to become “Bosrich” (Boston-to-Richmond), a logical next step would be to improve rail service to points further north than the Massachusetts state capital, as well as further south than the Virginia capital. Indeed, with bullet trains, too, many positive socioeconomic vistas present themselves.

One might further add that better political vistas, too, could be opening up, because, as they say, good policy is good politics. Northam might still be damaged goods (even if youthful misjudgments from the 80s seem, in hindsight, like small potatoes), and yet other Virginia political figures can look forward to happy ribbon-cuttings and even happier political rewards. (RELATED: Pelosi, Schumer Want To Turn Trump’s Infrastructure Plan Into A Climate Change Bill)

And speaking of reaping political rewards, one might have expected that an incumbent president, seeking a second term, would have glommed on to every opportunity to take credit for new initiatives. And that’s why it’s so striking that Trump has been absent from this infrastructure action; his name was nowhere to be seen, for instance, in a Jan. 11 Washington Post story that called the rail deal a “game-changer.”

Trump’s invisibility is all the more odd when we think back to the 2016 campaign. Visionary infrastructure development, after all, was one of those issues that made him a different kind of Republican — and, not coincidentally, made him the first GOPer in three decades to crack the 300-electoral-vote threshold.

In August 2016, Trump saw Hillary Clinton’s infrastructure hand and raised her, to the tune of $500 billion. And in October, he doubled down, pledging to spend $1 trillion. 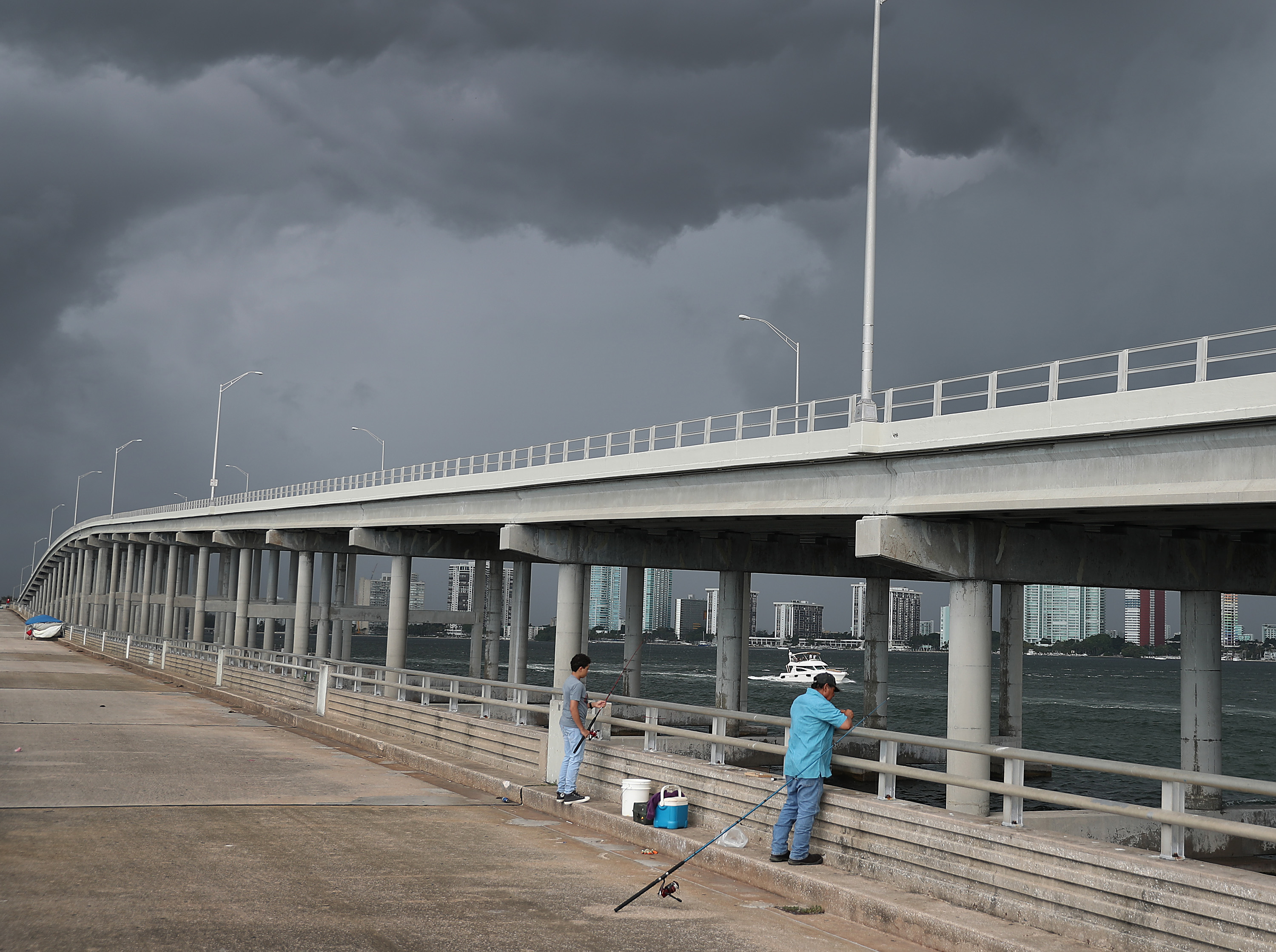 A bridge that is part of Rickenbacker Causeway is seen on Aug. 9, 2019 in Miami, Florida. (Photo by Joe Raedle/Getty Images)

Crucially, Trump pledged to get the infrastructure money from borrowing, as opposed to taxing. We can observe that the promise of such borrowing proved to be yet another signal that Trump was different; there was no Herbert Hoover/Bob Dole-type “root canal” in him, only Ronald Reagan/Jack Kemp-type good times.

As Trump also said in 2016, “I’m the king of debt.” So why not take advantage of record-low interest rates and borrow the money? One needn’t be a Keynesian to see the wisdom of borrowing cheap money to construct long-term valuables.

Yet in the four years since, none of that has happened; the author of “The Art of the Deal” has been deal-less. To be sure, the White House has announced “Infrastructure Week” — seven times, by one count. And yet each time, little or nothing has come from the effort; hence came a brutal headline last year in The New York Times: “How ‘Infrastructure Week’ Became a Long-Running Joke.” (RELATED: OPINION: Congress Should Resolve To Fix America’s Infrastructure Needs In Year Ahead)

Future historians will no doubt compile rafts of reasons as to what converted infrastructure promise into humor fodder — from the distractions of Russia, Robert Mueller, and impeachment to the distractions of Trump’s own personality. Moreover, the Democratic Party has its own special personality, and these days, that persona might be too Green and too Woke to be enthused about traditional public works.

In the meantime, the Trump reelection apparatus seems to have found hotter issues. Over at The American Conservative, Curt Mills has noticed that Trump in 2020 is looking increasingly like George W. Bush in 2004. That is, the reelection campaign is heavy on martial and cultural themes, and yet light on plans for beefing up middle-class jobs and incomes (nobody remembers Bush 43 talking about infrastructure, except in the wake of Hurricane Katrina’s devastation).

Then, as if on cue, The Washington Post headlined, “Trump touts Soleimani’s death as he seeks to burnish commander-in-chief credentials for reelection campaign.” That’s the sort of political script that could’ve been written by Karl Rove for W.’s ’04 campaign. 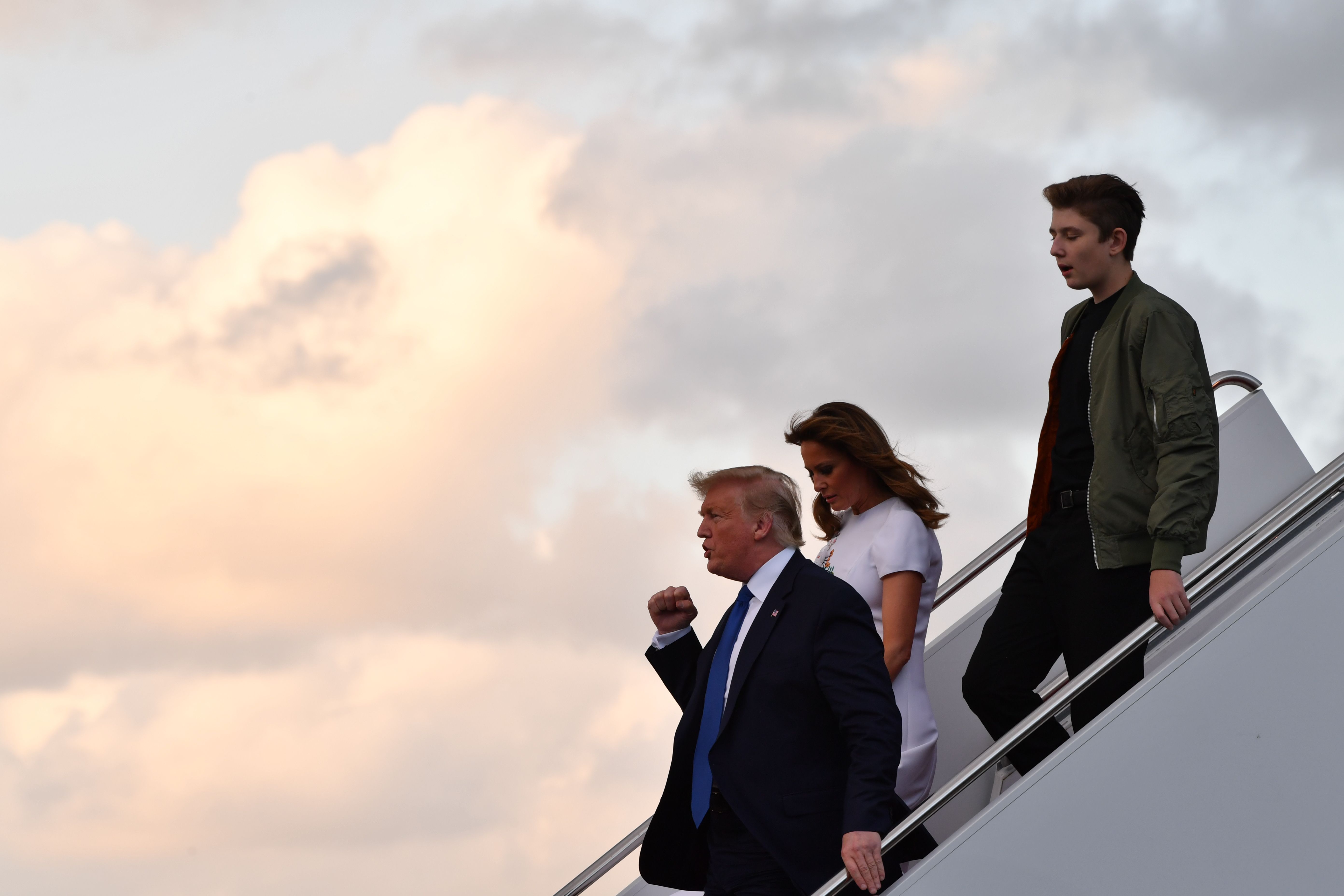 Yes, the Jacksonian cultural and foreign-policy issues — guns galore at home and guns blazing abroad — are tempting for Republicans. Yet without wading into the merits of such policies, we can say this much: They don’t provide the economic benefits of internal improvements here at home.

So we’re left to imagine what the 2020 election terrain would look like if Trump had embraced a pro-infrastructure agenda and then stuck to it.

In this alternative reality, Trump would have hosted a White House photo op with Northam & Co. when they committed to spending that $3.7 billion, beaming at the prospect of all those jobs, better commutes, and grateful voters. And the president could have done the same infrastructure thing, maybe, with the other 49 state governors. (RELATED: SPICER: Let’s Focus On America’s Infrastructure Needs, Not Wants)

Today, “infrastructure week” is just a mirage. And unless Trump really surprises us, all of 2020 will be an infrastructure desert.

Yet one of these years, a president is going to realize that there are votes — as well as jobs, as well as a place in history — to be found in making infrastructure a genuine reality.