The campaign to convict and remove President Donald Trump in the Senate hinges on delays in disbursing U.S. aid to Ukraine. Ukraine was supposedly on the verge of great progress until Trump pulled the rug out from under the heroic salvation effort by U.S. government bureaucrats. Unfortunately, Congress has devoted a hundred times more attention to the timing of aid to Ukraine than to its effectiveness. And most of the media coverage has ignored the biggest absurdity of the impeachment fight.

The temporary postponement of the Ukrainian aid was practically irrelevant considering that U.S. assistance efforts have long fueled the poxes they promised to eradicate – especially kleptocracy, or government by thieves. A 2002 American Economic Review analysis concluded that “increases in [foreign] aid are associated with contemporaneous increases in corruption” and that “corruption is positively correlated with aid received from the United States.”

Then-President George W. Bush promised to reform foreign aid that year, declaring, “I think it makes no sense to give aid money to countries that are corrupt.” Regardless, the Bush administration continued delivering billions of dollars in handouts to many of the world’s most corrupt regimes. (RELATED: Sending Military Aid To Ukraine In The First Place Was A Mistake, And Congress Should Discontinue It) 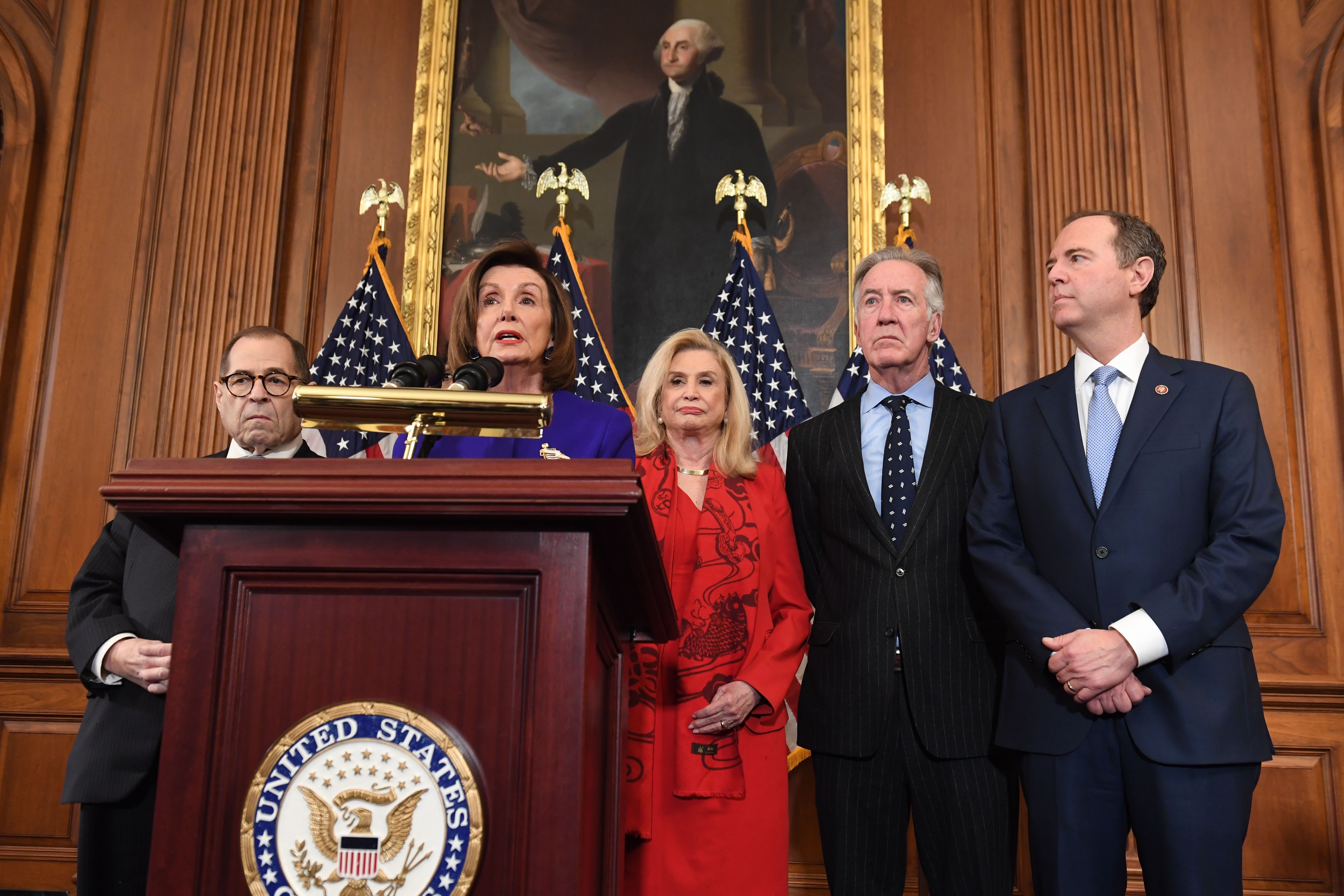 Then-President Barack Obama, recognizing the failure of past U.S. aid efforts, proclaimed at the United Nations in 2010 that the U.S. government is “leading a global effort to combat corruption.” The following year, congressional Republicans sought to restrict foreign aid to fraud-ridden foreign regimes. Then-Secretary of State Hillary Clinton wailed that restricting handouts to nations that fail anti-corruption tests “has the potential to affect a staggering number of needy aid recipients.”

The Obama administration continued pouring tens of billions of U.S. tax dollars into sinkholes such as Afghanistan, which even its president, Ashraf Ghani, admitted in 2016 was “one of the most corrupt countries on earth.” John Sopko, the Special Inspector General for Afghan Reconstruction (SIGAR), declared that “U.S. policies and practices unintentionally aided and abetted corruption” in Afghanistan.

Since the end of the Soviet Union, the U.S. has provided more than $6 billion in aid to Ukraine. At the House impeachment hearings, a key anti-Trump witness was acting U.S. ambassador to the Ukraine, William B. Taylor Jr. The Washington Post hailed Taylor as someone who “spent much of the 1990s telling Ukrainian politicians that nothing was more critical to their long-term prosperity than rooting out corruption and bolstering the rule of law, in his role as the head of U.S. development assistance for post-Soviet countries.” A New York Times editorial lauded Taylor and State Department deputy assistant secretary George Kent as witnesses who “came across not as angry Democrats or Deep State conspirators, but as men who have devoted their lives to serving their country.”

After their testimony spurred criticism, a Washington Post headline captured the capital city’s reaction: “The diplomatic corps has been wounded. The State Department needs to heal.” But not nearly as much as the foreigners supposedly rescued by U.S. bureaucrats.

The Wall Street Journal reported on Oct. 31 that the International Monetary Fund, which has provided more than $20 billion in loans to Ukraine, “remains skeptical after a history of broken promises [from the Ukraine govt]. Kiev hasn’t successfully completed any of a series of IMF bailout packages over the past two decades, with systemic corruption at the heart of much of that failure.”

The IMF concluded that Ukraine continued to be vexed by “shortcomings in the legal framework, pervasive corruption, and large parts of the economy dominated by inefficient state-owned enterprises or by oligarchs.” That last item is damning for the U.S. benevolent pretensions. If a former Soviet republic cannot even terminate its government-owned boondoggles, then why in hell was the U.S. government bankrolling them? (RELATED: Did Withholding Military Aid To Ukraine Really Hurt Their Ability To Fight Russia? Evidence Suggests Not)

Transparency International, which publishes an annual Corruption Perceptions Index, shows that corruption surged in Ukraine in the late 1990s (after the U.S. decided to rescue them) and remains at abysmal levels. Ukraine is now ranked as the 120th most corrupt nation in the world — a lower ranking than received by Egypt and Pakistan, two other major U.S. aid recipients also notorious for corruption. 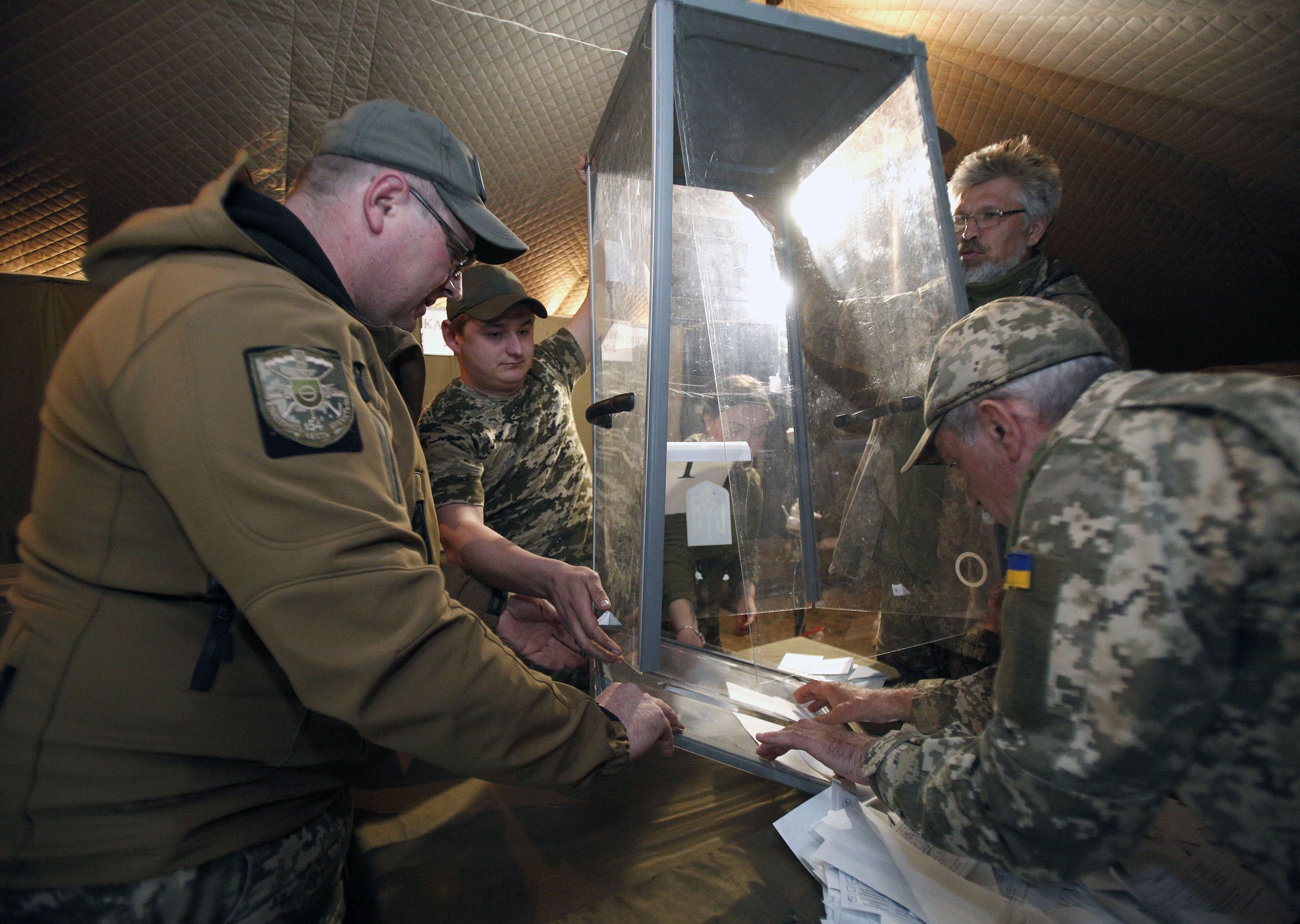 Ukrainian servicemen, members of the election commission, help empty a ballot box to count votes at a polling station on the front line with Russia backed separatists in the town of Zolote, Lugansk region, during the second round of Ukraine’s presidential election in Kiev on April 21, 2019. (ANATOLII STEPANOV/AFP via Getty Images)

Actually, the best gauge of Ukrainian corruption is the near-total collapse of its citizens’ trust in government or in their own future. Since 1991, the nation has lost almost 20% of its population as citizens flee abroad like passengers leaping off a sinking ship.

And yet, the House impeachment hearings and much of the media gushed over career U.S. government officials despite their strikeouts. It was akin to a congressional committee resurrecting Col. George S. Custer in 1877 and fawning as he offered personal insights in dealing with uprisings by Sioux Indians (while carefully avoiding awkward questions about the previous year at the Little Big Horn).

Foreign aid is virtue signaling with other people’s money. As long the aid spawns press releases and photo opportunities for presidents and members of Congress and campaign donations from corporate and other beneficiaries, little else matters. Congress almost never conducts thorough investigations into the failure of aid programs despite their legendary pratfalls. The Agency for International Development ludicrously evaluated its programs in Afghanistan based on their “burn rate” – whether they were spending money as quickly as possible, almost regardless of the results. SIGAR’s John Sopko “found a USAID lessons-learned report from 1980s on Afghan reconstruction but nobody at AID had read it.” (RELATED: Fiona Hill Wrote 2015 Op-Ed Opposing U.S. Aid To Ukraine)

After driving around the world, investment guru Jim Rogers declared: “Most foreign aid winds up with outside consultants, the local military, corrupt bureaucrats, the new NGO [nongovernmental organizations] administrators, and Mercedes dealers.” After the Obama administration promised massive aid to Ukraine in 2014, Hunter Biden jumped on the gravy train – as did legions of well-connected Washingtonians and other hustlers around the nation. Similar largesse assures that there will never be a shortage of overpaid individuals and hired think tanks ready to write op-eds or letters to the editor of the Washington Post whooping up the moral greatness of foreign aid or some such hokum.

When it comes to the failure of U.S. aid to Ukraine, almost all of Trump’s congressional critics are like the “dog that didn’t bark” in the Sherlock Holmes story. The real outrage is that Trump and prior presidents, with Congress cheering all the way, delivered so many U.S. tax dollars to Kiev that any reasonable person knew would be wasted. If Washington truly wants to curtail foreign corruption, ending U.S. foreign aid is the best first step.