The Trump administration will move forward with a rule barring green cards to immigrants who’ve used government benefits following a victory at the nation’s highest court.

Ken Cuccinelli, the acting deputy secretary of the Department of Homeland Security (DHS), celebrated a Supreme Court victory Monday. The 5-4 decision lifted lower court injunctions against the administration’s “public charge” rule, which can block permanent status to immigrants who used taxpayer-funded social services. Cuccinelli announced that DHS will put the directive into action.

“DHS has always been confident that an objective judiciary would reverse the injunctions imposed on the agency so that we are able to enforce long-standing law passed by a bipartisan Congress,” the deputy DHS chief said in a prepared statement.

“Self-sufficiency and self-reliance are key American values not to be litigiously dismissed, but to be encouraged and adopted by the next generation of immigrants. We plan to fully implement this rule in 49 states and are confident we will win the case on the merits,” he continued. 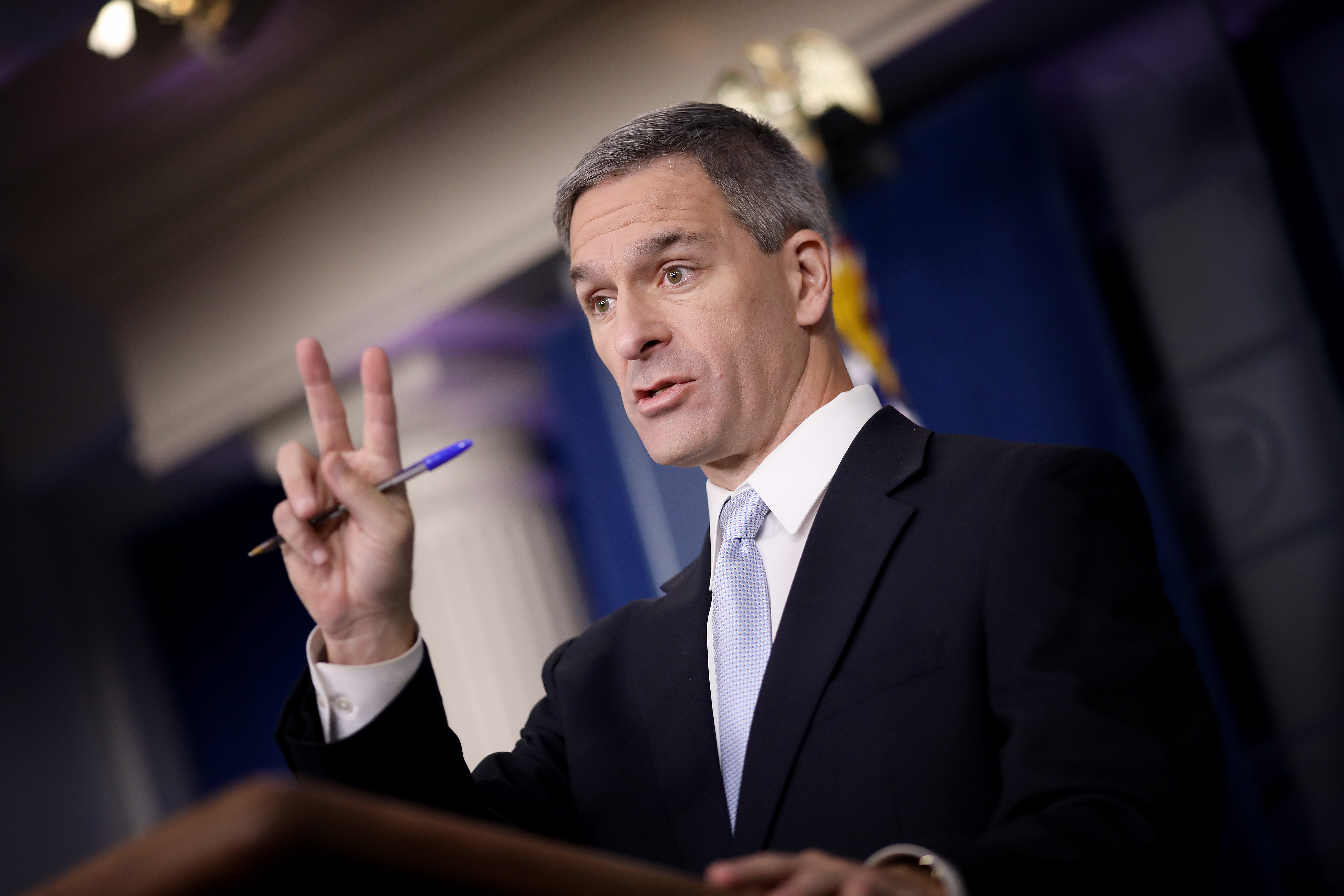 Acting Director of U.S. Citizenship and Immigration Services Ken Cuccinelli speaks about immigration policy at the White House during a briefing Aug. 12, 2019 in Washington, D.C. (Photo by Win McNamee/Getty Images)

The public charge rule, first issued in August 2019, takes into account a green card applicant’s history of public benefits. A foreign national’s use of food stamps, Medicaid, cash assistance, Section 8 housing or other government-funded benefits is considered when determining whether that individual qualifies for a green card. U.S. Citizenship and Immigration Services, the agency under DHS that manages legal immigration, can look into an applicant’s use of public benefits over a 12-month period within any given 36-month period during their time in the U.S.

However, critics of the White House’s immigration agenda met the public charge rule with vehement opposition.

A cadre of progressive organizations and Democratic-led states made numerous court challenges against the directive. A U.S. district judge in New York issued a nationwide injunction on the public charge rule in October 2019, finding that the administration did not offer a reasonable explanation for its new definition of a public charge. The 2nd U.S. Circuit Court of Appeals affirmed this decision, leading to the administration’s emergency application to the Supreme Court.

The White House hailed the decision as a “massive win” for U.S. taxpayers. The Justice Department, which also celebrated the outcome, took direct aim at nationwide injunctions altogether.

“The Department of Justice is grateful for the Supreme Court’s decision today to stay another nationwide injunction that prevented the administration from implementing an important immigration policy well within the scope of the laws passed by Congress,” a Justice Department spokesperson said in a statement Monday. “As the Department has stated repeatedly, nationwide injunctions that grant relief outside the parties to the case are inappropriate and must be curbed.” (RELATED: Nancy Pelosi Says House Democrats Will Vote To Block Trump’s Travel Ban)

“We hope that the Supreme Court is able to address the matter of nationwide injunctions once and for all at the appropriate juncture,” the spokesperson continued.