A new national poll released Friday has Vermont independent Sen. Bernie Sanders in the lead for the Democratic presidential race.

The Wall Street Journal/NBC News poll has Sanders leading at 27% with former Vice President Joe Biden slightly behind at 26%. This is the first WSJ/NBC poll that doesn’t have Biden in the lead for the Democratic nomination. (RELATED: Biden: VP Choice Must Be Capable Of Running Country ‘Because I’m An Old Guy’)

Recent polling has shown Sanders gaining momentum in past weeks, with most showing Biden holding a few digit lead over the Independent senator from Vermont.

The WSJ/NBC poll found that Sanders’s recent success is in part because of his effectiveness in taking voters away from Massachusetts Democratic Sen. Elizabeth Warren. The two senators feuded in January when Warren accused Sanders of telling her in a private conversation that a woman couldn’t win the presidency. The poll has Warren in third place at 15% — a three-digit fall from her December numbers, which had her in second place. (RELATED: CNN Airs Audio Of Tense Exchange Between Elizabeth Warren And Bernie Sanders)

The WSJ/NBC poll surveyed 428 registered voters who said they plan to vote in a Democratic presidential primary or caucus and has a margin of error of plus or minus 4.74%.

One potential factor that led Biden to fall two percent from his December polling numbers is the rise of former New York mayor Michael Bloomberg, who jumped four digits to 9% — passing South Bend Mayor Pete Buttigieg to take fourth place in the race. The WSJ notes that both Biden and Bloomberg rely heavily on older voters. 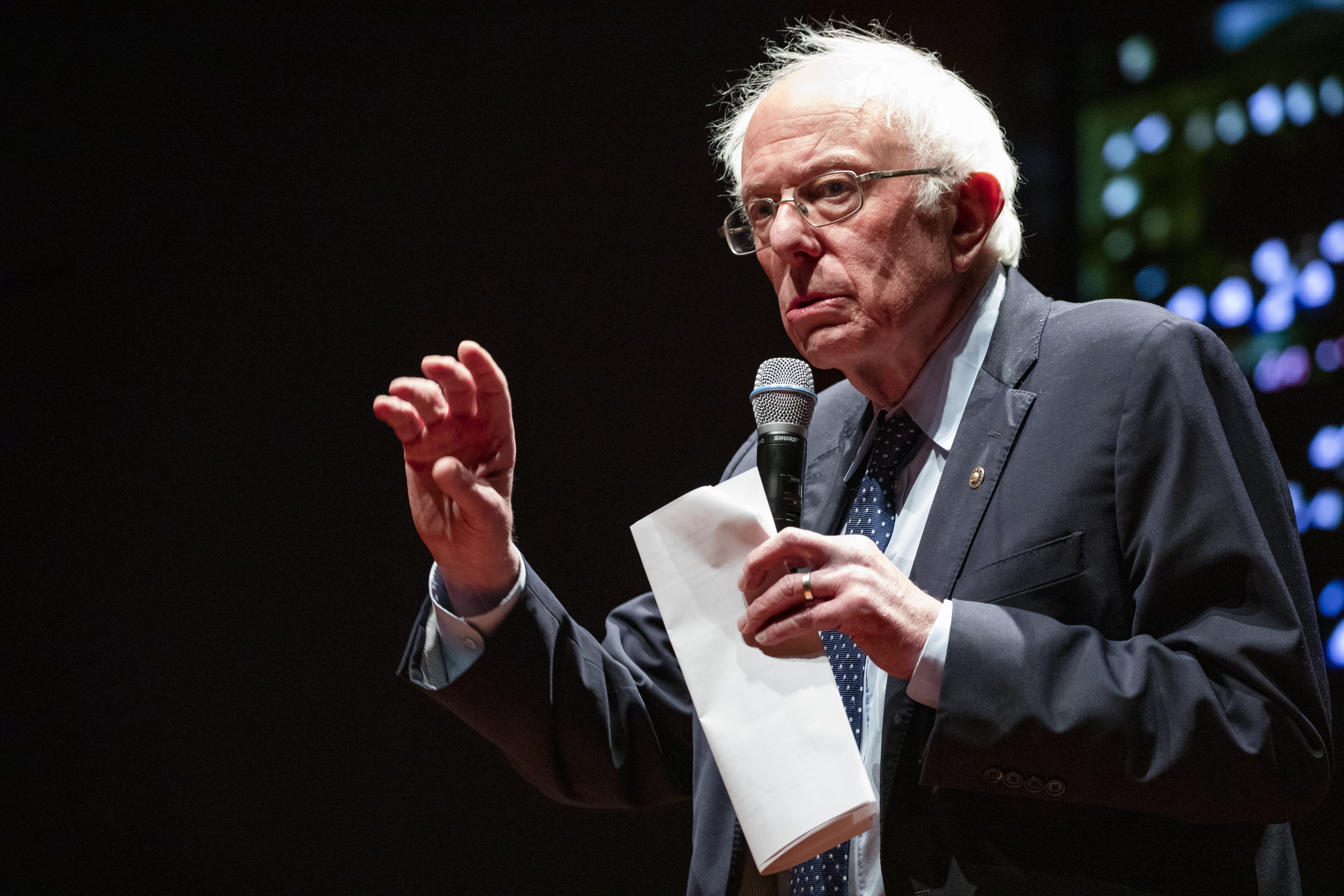