The Japanese Health Ministry reported that 41 cases of the coronavirus have been detected on board a now-quarantined cruise ship.

The Diamond Princess has been quarantined since Monday evening in the port of Yokohoma, Japan. The 3,700 people on board have been ordered to stay confined to their rooms for a two-week-long quarantine according to Wall Street Journal. 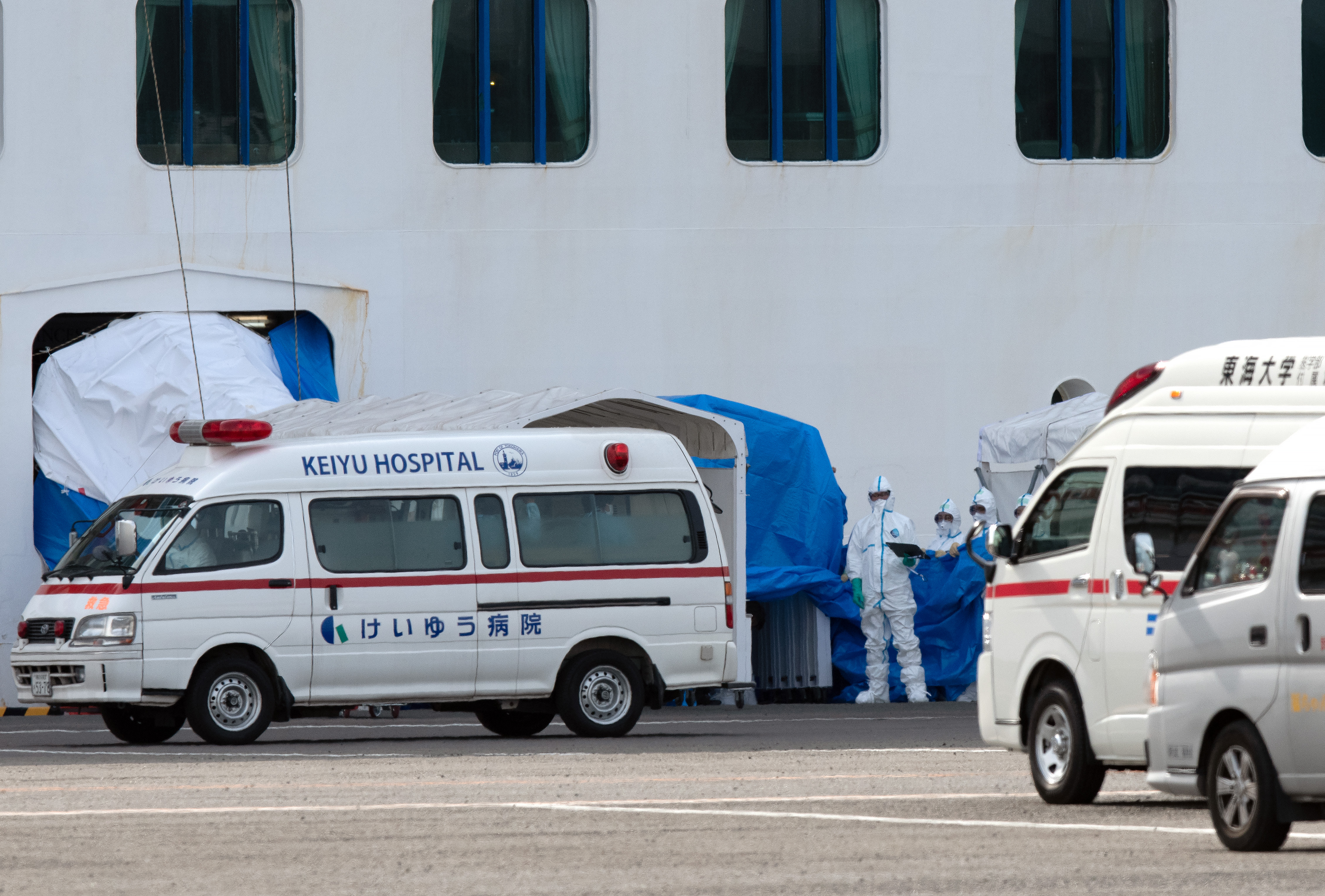 The 41 confirmed cases aboard the vessel represent about 1/5 of the people who were tested. They either displayed symptoms of the coronavirus such as fever or coughing,  or came into contact with the man believed to have been the first case on the ship. One of the infected people was in serious condition due to a preexisting medical condition, but as of late Friday that person’s condition stabilized, reported Kyodo News.

Among the 41 who tested positive for the virus are, 21 Japanese, eight American, five Australian and five Canadians, with one passenger from Argentina and Britain. None were from China, where the sickness originated from. The first passenger who was determined to have coronavirus disembarked in Hong Kong. (RELATED: First Coronavirus Death Outside Of China Reported)

Japanese Health Minister Katsunobu Kato made the following statement at a press conference:

“As the people were staying together for a certain period in a closed environment, there was repeated contact… We will make it a top priority to check the health of passengers and crew on the cruise ship and take thorough measures to prevent infections.”

In addition, Kato claimed that the World Health Organization (WHO) made the decision not to add the number of infected people on the Diamond Princess to Japan’s total number of sick people. In the WHO’s Thursday report, the cases had been counted as “cases on an international conveyance.”  There have been 25 confirmed cases of the coronavirus in Japan as of Friday. (RELATED: Russia And The UK Report First Coronavirus Cases)