Democratic Massachusetts Sens. Elizabeth Warren and Ed Markey called on the Trump administration to “reverse course” on a decision to deploy special Border Patrol tactical units in sanctuary cities to assist in the apprehension of illegal aliens.

Warren and Markey delivered a joint letter addressed to the chiefs of the Department of Homeland Security (DHS), Customs and Border Protection (CBP), and Immigration and Customs Enforcement (ICE) on Saturday, deriding a decision by the administration to deploy CBP officers to sanctuary cities across the country.

The two lawmakers also demanded answers to a number of questions about the operation.

“Because this initiative is unnecessary, unwelcome, dangerous, menacing, retaliatory and unlikely to achieve its stated goal, we write to demand that you reverse course and to pose questions to better understand your rationale for employing paramilitary-style immigration personnel equipped with ‘stun grenades and enhanced Special Forces-type training, including sniper certification’ in Boston and elsewhere in the United States,” the joint statement read.

The letter followed news Friday that the Trump administration is deploying a total of 100 CBP officers to various cities that refuse to work with federal immigration authorities. 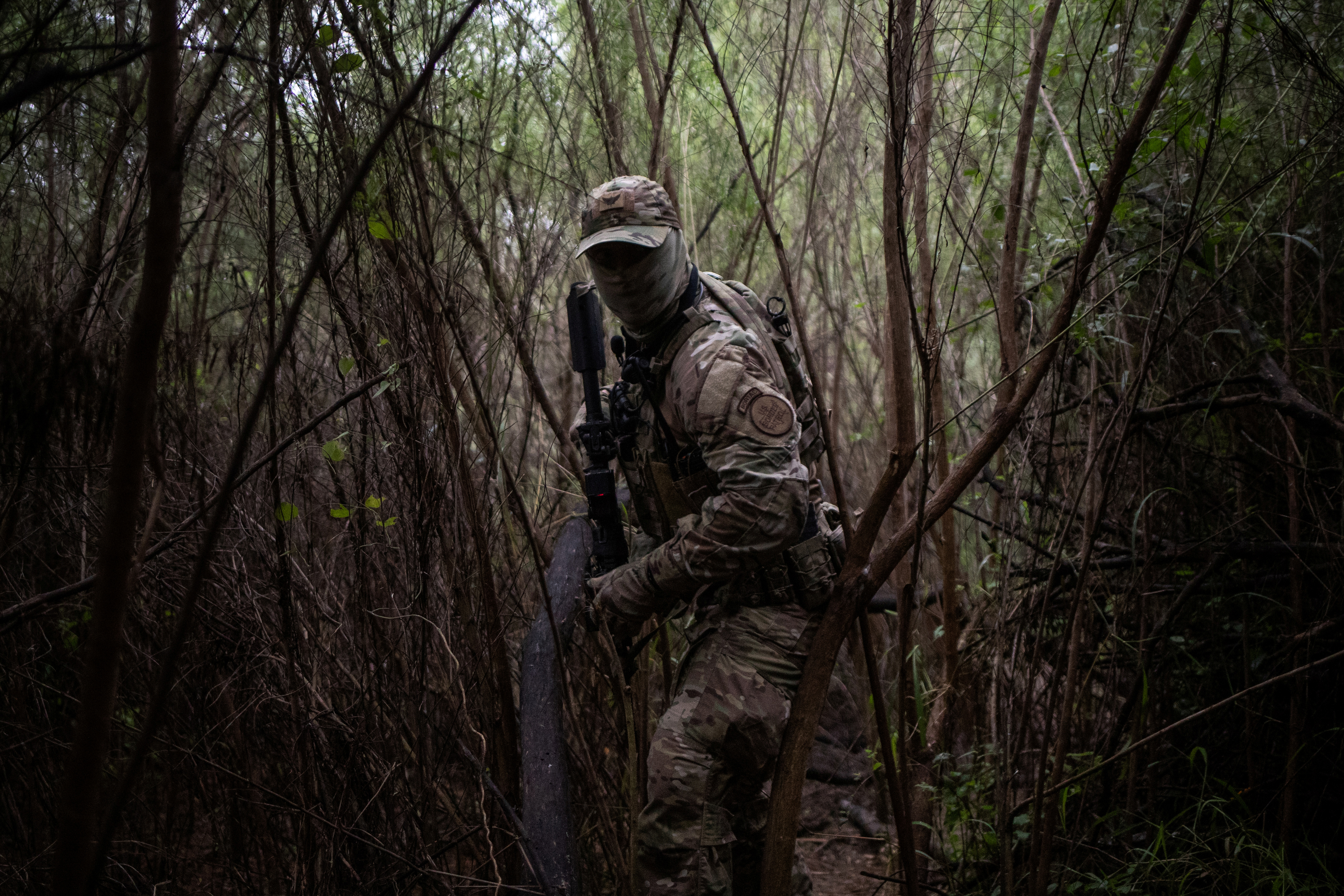 An agent with the U.S. Border Patrol Tactical Unit (BORTAC) searches a pathway near the Rio Grande river used by families who illegally cross into the United States from Mexico in Fronton, Texas, U.S., October 18, 2018. Picture taken October 18, 2018. REUTERS/Adrees Latif

Some of the individuals being deployed include members of the Border Patrol Tactical Unit (BORTAC), a special unit that is considered the SWAT-team of Border Patrol. These individuals are trained for high-risk operations, strapped with stun grenades, and are typically used against violent targets.

In total, 50 Border Patrol agents and 50 Office of Field Operations officers are part of CBP’s deployment — CBP is the parent agency of Border Patrol. The deployment will last from February to May and be conducted in the following cities: Chicago, New York City, Atlanta, San Francisco, Houston, Los Angeles, Boston, New Orleans, Newark and New Orleans.

Warren, who is running for the Democratic presidential nomination, criticized the move in her joint letter with Markey.

“BORTAC personnel are not meant to focus on routine operations in some of the United States’ largest cities, and there is no need for them to be part of these operations,” the message read.

“Last July, an ’emergency’ supplemental appropriation was passed and signed into law (over our opposition), providing ICE with hundreds of millions of dollars of additional funding. It is unclear why ICE now needs to draw upon elite CBP resources in order to carry out its operations,” the senators continued.

The two lawmakers also openly hypothesized in the letter that the operation was being conducted at a specific time in order to suppress immigrant and minority participation in the U.S. Census Bureau.

The lawmakers then asked the related agencies to explain how many of the 100 CBP personnel are BORTAC members, what communities will they be deployed in, what orders have been given to BORTAC, and then lodged specific questions pertaining to BORTAC’s operation in Boston.

Despite receiving blowback from Democrats and those in the immigrant-rights community, ICE said the action is necessary because these sanctuary cities refuse to cooperate with its agents, making the community less safe.

“As we have noted for years, in jurisdictions where we are not allowed to assume custody of aliens from jails, our officers are forced to make at-large arrests of criminal aliens who have been released into communities,” Matthew Albence, the acting director of ICE, said in a statement released Friday. (RELATED: Trump Invites Granddaughter Of Elderly Woman Allegedly Slain By Illegal Alien To White House)

“When sanctuary cities release these criminals back to the street, it increases the occurrence of preventable crimes, and more importantly, preventable victims,” he continued.

Warren, for her part, called for a complete overhaul of the U.S. immigration system, including the decriminalization of illegal immigration, a moratorium on deportations of illegal aliens, and even expressed a willingness to spend taxpayer money on tearing down parts of newly constructed wall along the southern border.