Democratic New York Gov. Andrew Cuomo has lost the memory of the Sept. 11 terrorist attacks, the president of a major police union in the state said Thursday.

Immigration and Customs Enforcement (ICE) spearheaded a press briefing in Troy, New York, to warn of the ramifications of a statewide law, known as the “Green Light” law, which prohibits DMVs from sharing information with ICE and Customs and Border Protection (CBP). The event included numerous law enforcement officials from across the state, all who spoke of the law’s dangerous consequences.

One individual was particularly critical of Cuomo for signing the bill into law.

“It’s amazing to me that we stand in the very state where not too long ago, in Sept., 11 2001, terrorists crashed planes into the World Trade Center and brought it down,” said Patrick Phelan, the president of the New York State Association of Chiefs of Police. 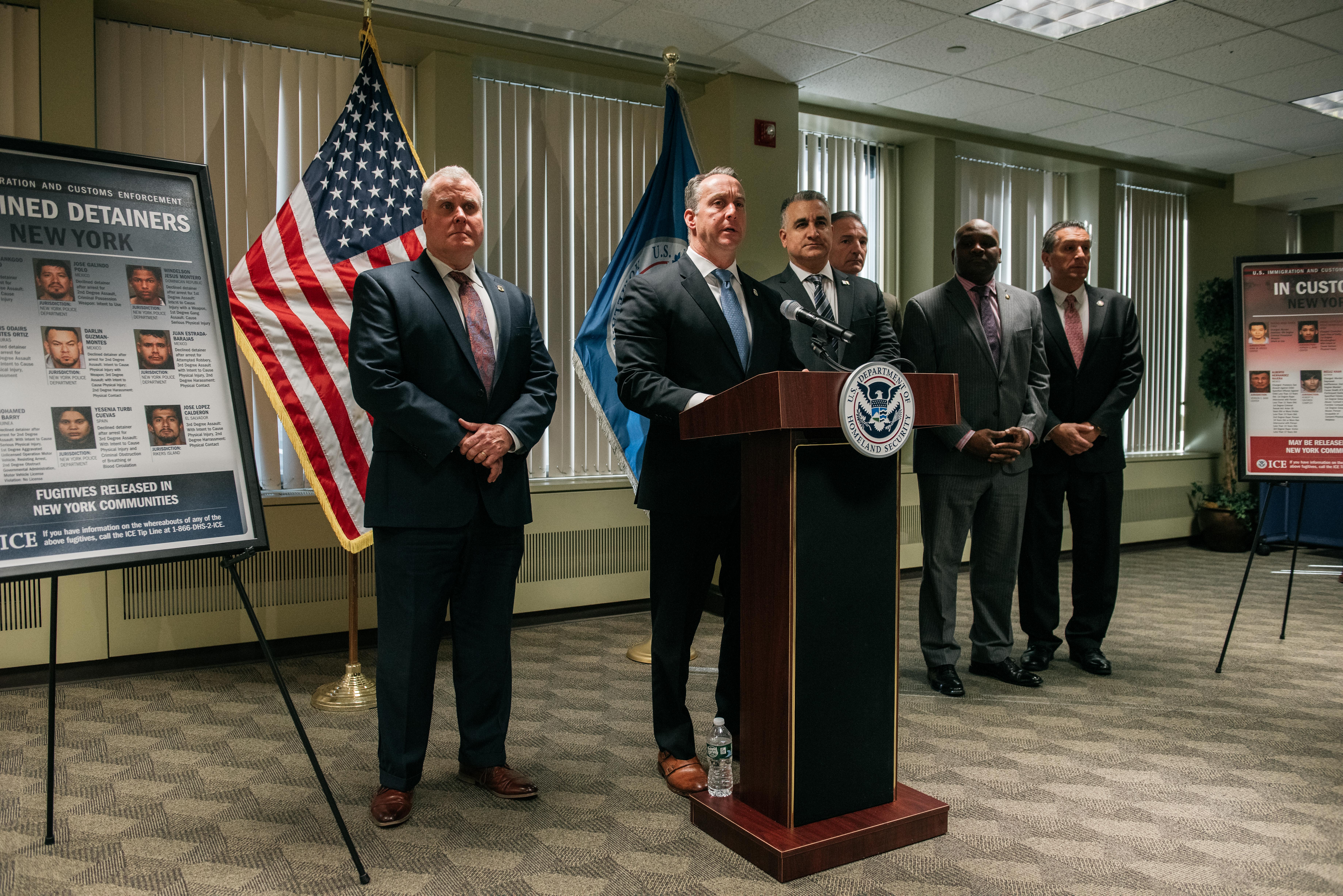 “The biggest critique of law enforcement after those events out of the 9/11 Commission was the failure of state, local, and federal law enforcement to share information. I’ve been here for the last 20 years. I’ve watched the amazing advances that we’ve made in that vein — sharing information with our state, local, and federal partners,” he continued.

The comments were a sharp rebuke to the state’s new “Green Light” law, which not only allows illegal aliens obtain driver’s licenses, but also restricts what information state DMVs can provide to ICE and CBP.

The two agencies have come out adamantly against the law — saying the information is vital for conducting their day-to-day businesses to protect communities. Because you can only obtain DUI and aggravated traffic offense records through the DMV, the Department of Homeland Security said it had no choice but to revoke trusted traveler benefits for New York residents.

Cuomo and President Donald Trump met earlier in February to discuss a possible compromise, but no agreement has been reached.

Earlier during in the press event, ICE acting director Matthew Albence broke down just how much his agency has done to fight crime. (RELATED: San Francisco Sheriff Says His Department Won’t Cooperate With ICE)

ICE’s Homeland Security Investigations division arrested 373 criminal gang members, seized close to 6,500 pounds of narcotics, made 149 arrests of individuals who committed crimes of child exploitation, and rescued 105 victims of human trafficking and child exploitation — all in the state of New York alone.

Albence also told the story of an 18-month old child who was being sexually molested by her father, with the act being live-streamed on the internet. ICE was able to apprehend the father hours within obtaining pertinent information from a state DMV.

“Thankfully it wasn’t in New York or that child would still be sexually assaulted as we speak,” Albence said.