Greyhound, the largest bus company in the U.S., announced Friday it will no longer allow Border Patrol agents to conduct immigration checks on its buses without a warrant.

The bus company revealed in an emailed statement that it no longer consents to any Border Patrol agents or Customs and Border Protection (CBP) officers conducting unwarranted searches on its buses or terminal areas that are not open to the public, The Associated Press first reported. Such non-public areas would include company offices or places where a ticket is required.

“Our primary concern is the safety of our customers and team members, and we are confident these changes will lead to an improved experience for all parties involved,” read a Greyhound statement.

The company will provide bus station employees and drivers with training on the updated policy, and it will also put stickers on each of its buses stating that it does not consent to immigration searches. 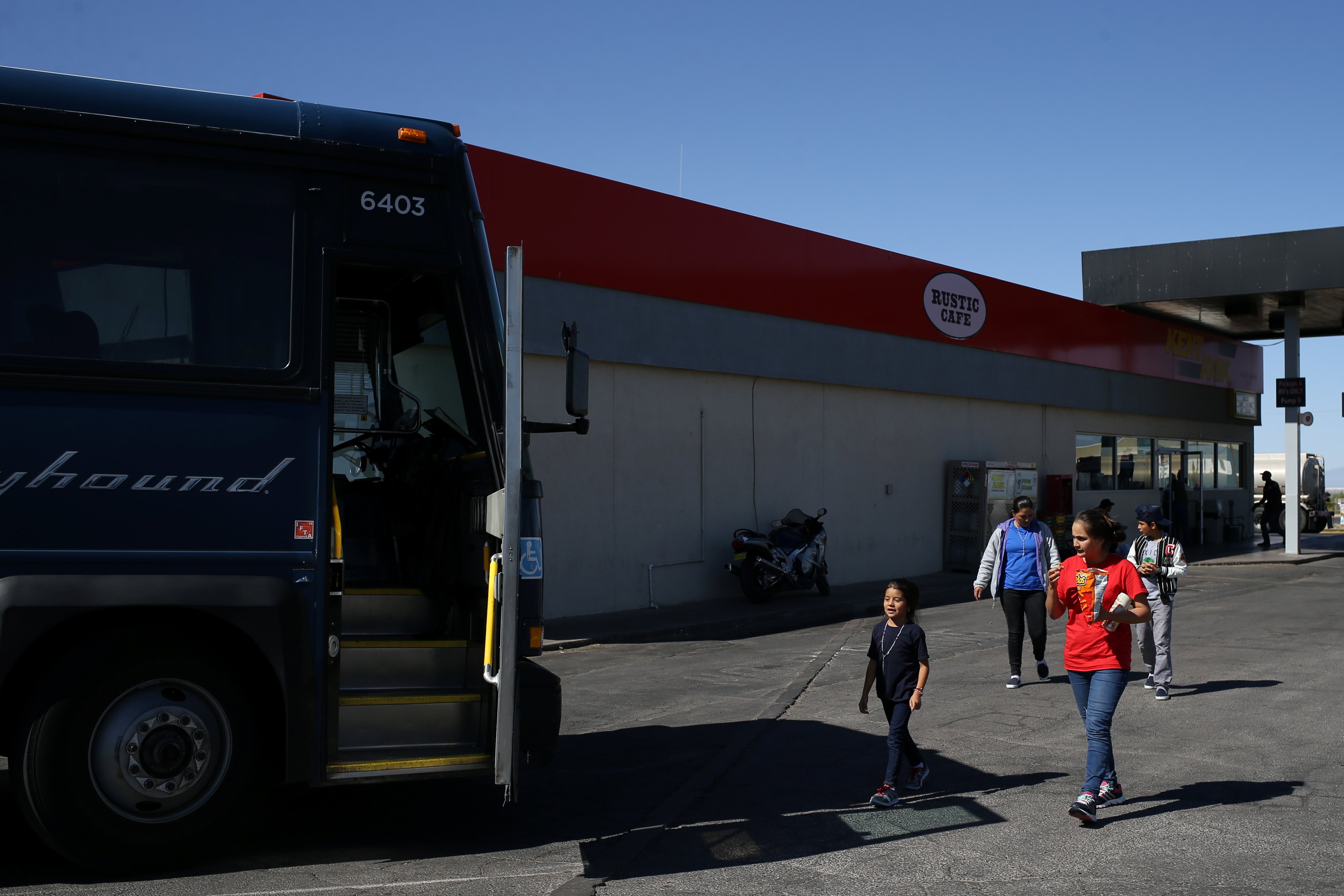 Orfa, a migrant from Honduras, and her children (from L) Rachel, Carolina and Bayron get back onto a Greyhound bus following a pitstop in Alamogordo, New Mexico, U.S., May 16, 2018. REUTERS/Loren Elliott

The decision comes after Greyhound has faced heavy criticism from progressive and immigrant rights groups for allowing Border Patrol officials to board its buses to verify customers’ immigration statuses. The agency has long maintained that these checks are an efficient way to crack down on narcotics smuggling, human trafficking and illegal immigration.

“We are pleased to see Greyhound clearly communicate that it does not consent to racial profiling and harassment on its buses,” American Civil Liberties Union deputy director Andrea Flores told the AP. “By protecting its customers and employees, Greyhound is sending a message that it prioritizes the communities it serves.”

It appears that an unearthed memo may be what sparked Greyhound to change its policy.

The company — despite receiving criticism from immigrant rights advocates — previously argued that it had no choice but to allow Border Patrol agents conduct these checks. However, an internal Border Patrol memo, signed by former Border Patrol Chief Carla Provost in January, confirmed that the Fourth Amendment prohibited agents from searching private buses without consent or without a warrant. (RELATED: Pregnant Illegal Immigrant Gives Birth ‘Approximately 30 Minutes’ After Crossing Border)

Greyhound came out with its policy change a week after the AP reported on the leaked memo.

“While CBP does not comment on materials asserted to be leaked memos, management regularly disseminates information to reinforce existing protocols. For decades, U.S. Border Patrol agents have routinely engaged in enforcement operations at transportation hubs,” CBP spokesman Matthew Dyman said in a statement to the Daily Caller News Foundation.

“Enforcement operations away from the immediate border are performed consistent with law and in direct support of immediate border enforcement efforts, and such operations function as a means of preventing smuggling and other criminal organizations from exploitation of existing transportation hubs to travel further into the United States. The U.S. Border Patrol conducts regular outreach with transportation companies to foster good working relationships,” he continued.