House Democrats invited the leader of the Tohono O’odham Nation to speak out against construction of the U.S.-Mexico wall, despite the tribe’s long history of cross-border drug-smuggling.

A featured speaker at the hearing was Ned Norris, who serves as the chairman of the Tohono O’odham Nation, an American-Indian tribe located around the Arizona-Mexico border.

Norris voiced his opposition to the wall, noting that construction of a barrier would split their territory, which expands across the Mexican border, and would purportedly desecrate their cultural and sacred sites.

“The federal government’s continued destruction of our religious and cultural resources [amounts to] nothing less but bulldozing of our church grounds and our cemeteries. For us, this is no different than DHS building a 30-foot wall through Arlington Cemetery or through the grounds of the National Cathedral,” Norris said before the committee. 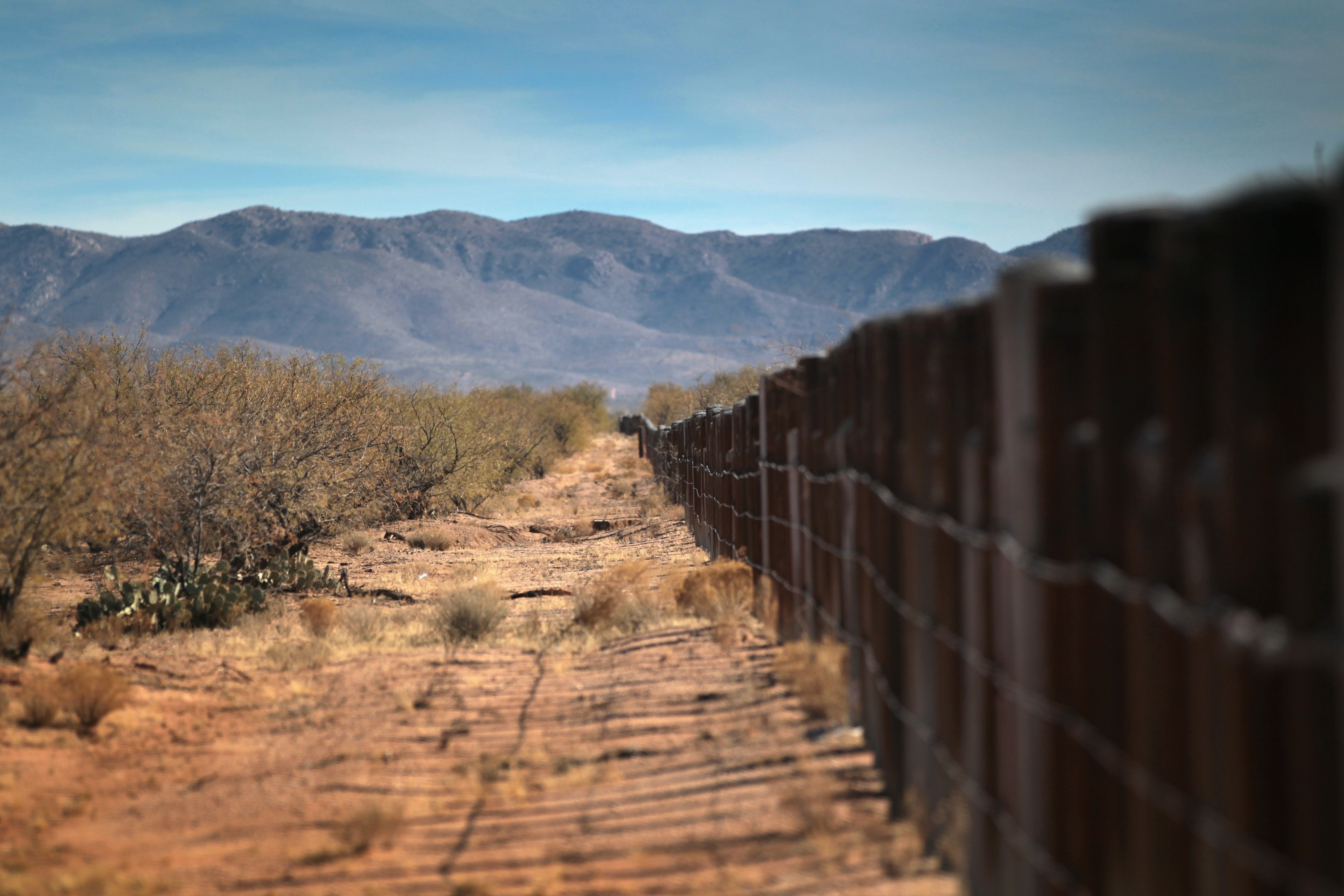 The U.S. Mexico border fence stretches through the Sonoran Desert on January 18, 2011 in the Tohono O’odham Nation, Arizona. The Native American reservation is a key crossing point for narcotics entering the United States. (Photo by John Moore/Getty Images)

“We urge Congress to withdraw, or at least limit, [the Department of Homeland Security’s] waiver authority that is dangerously broad and has allowed DHS dictatorial to run roughshod over the rights of the Tohono O’odham and other border communities in the United States,” he continued.

The Tohono O’odham Nation, a federally recognized tribe that touts roughly 34,000 enrolled Tribal citizens, is concentrated on a reservation along 62 miles of the southern Arizona border. Its ancient tribal lands extended well beyond what is now the U.S.-Mexico border, but its homeland was split when the international boundary was established in 1854. To this day, many members of the tribe remain on the Mexican side.

Among the law enforcement community, however, the Tohono O’odham Nation is also notorious for something else: cross-border drug smuggling.

Plagued with unemployment and bleak economic options, many within the tribe have turned to the Sinaloa Cartel to make money. Their land has since become one of the busiest human and drug-smuggling corridors in North America. The Tohono O’odham Nation was recently featured in an ABC News investigative report for its involvement in the transnational drug trade.

“There’s a lot of tribe members who are deeply involved with the cartel here in Mexico,” said Matthias Estevan, an O’odham Nation member living south of the border, for the May 2019 report.

Estevan himself said cartel members have approached him with lucrative deals, even offering to pay him $10,000 just to drive a truck with a hidden compartment to the U.S. side of reservation.

How rampant is smuggling among members of the O’odham Nation? While it’s difficult to gauge given the nature of criminal activity, one Border Patrol agent estimated in a June 2019 report that as many as 80% to 90% of members were involved in drug or human smuggling. 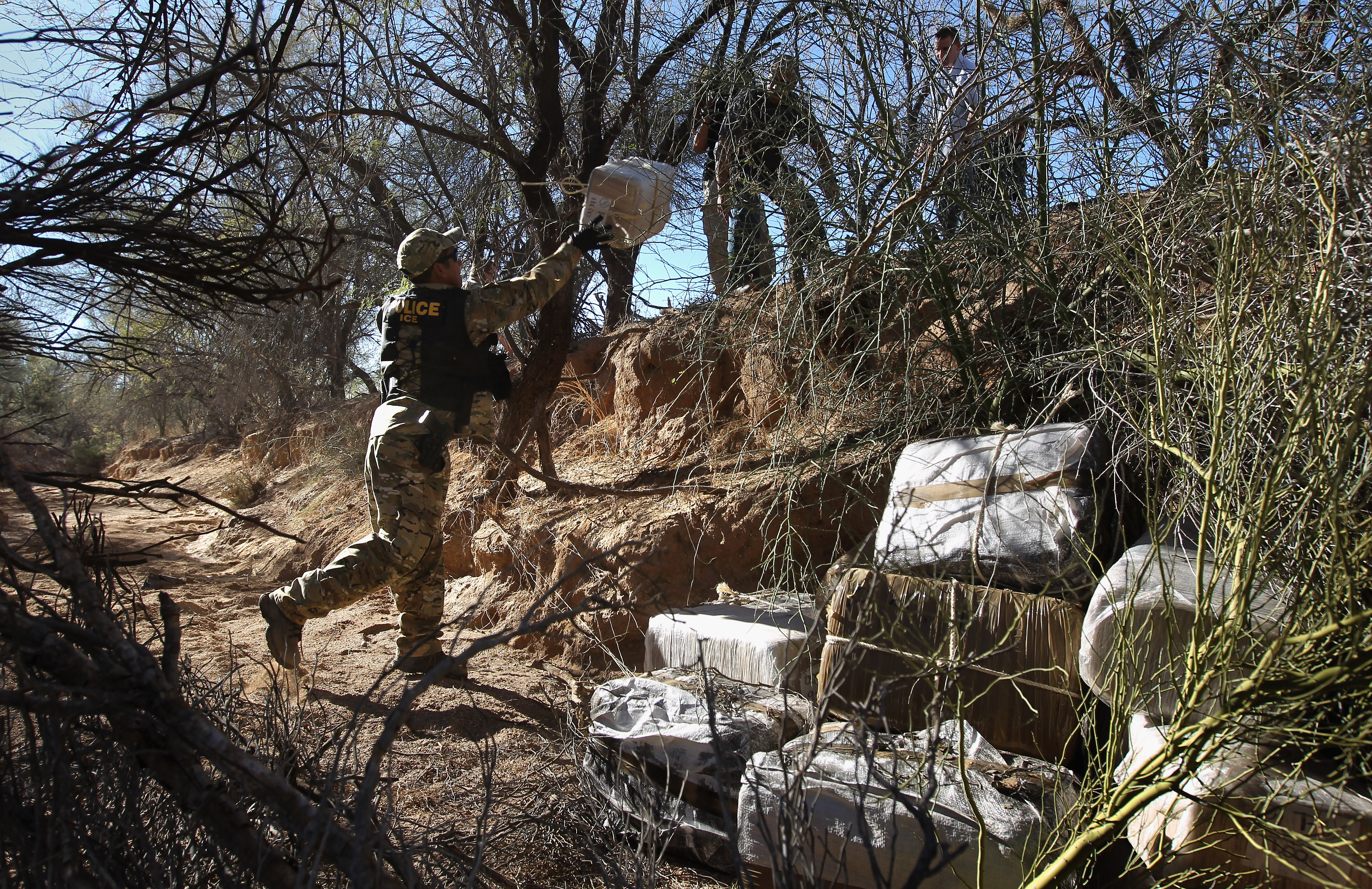 Despite increased enforcement efforts along the U.S.-Mexico border, members of the tribe are allowed easy access through special gates to criss-cross the border. However, law enforcement argues that members of the O’odham Nation are abusing this privilege to make big bucks from Mexican drug cartels.

Pinal County Sheriff Mark Lamb, whose jurisdiction includes a section of the O’odham Nation’s reservation, has become nationally recognized for his personal fight against drug smugglers. Lamb in 2019 said traffickers who push methamphetamine and marijuana are aware they can’t be charged if they are on tribal territory, and many of them make use of the reservation’s porous border.

In a statement provided to the Daily Caller News Foundation ahead of Wednesday’s committee hearing, GOP Arizona Rep. Paul Gosar spoke on the need for a border wall to prevent not only illegal immigration, but also to crack down the level of drug smuggling currently seen in the region.

“Donald Trump promised the American people he would build a wall along our southern border,” Gosar said. “It’s refreshing to see a President who actually keeps his promises. Arizona’s border lands and environmental laws are exploited by drug cartels, human traffickers, and illegal aliens to gain entry into our Country. In order to protect our communities from these vicious criminals, we need to build a wall.” (RELATED: The Trump Admin Is Waiving Contracting Laws To Expedite Border Wall Construction)

As for Norris, he reiterated his tribe’s deep opposition to a border wall through the House committee hearing.